Theatre of the Oppressed NYC partners with community members at local organizations to form theatre troupes. These troupes devise and perform plays based on their challenges confronting economic inequality, racism, and other social, health and human rights injustices. After each performance, actors and audiences engage in theatrical brainstorming – called Forum Theatre – with the aim of catalyzing creative change on the individual, community, and political levels.

You can see videos of our work here. 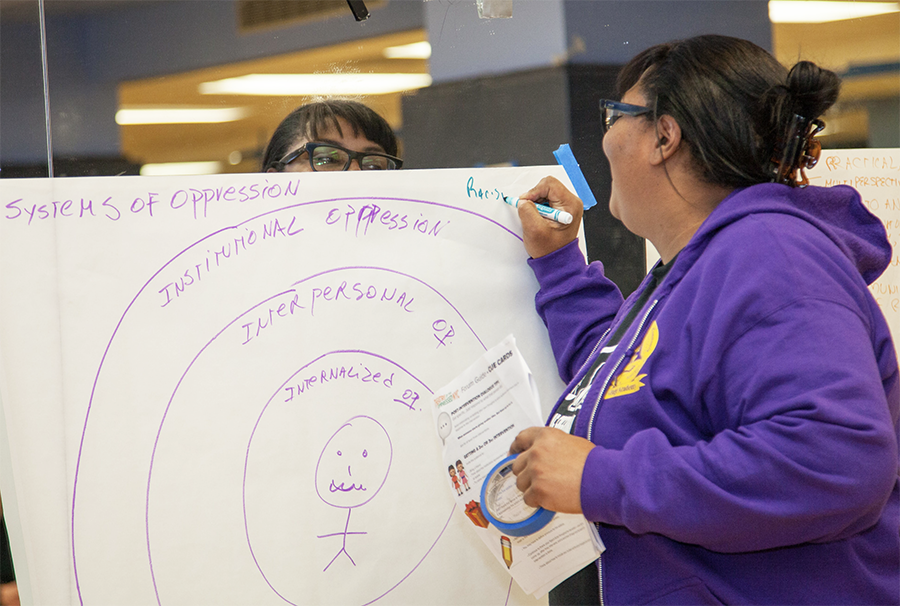 TONYC was founded in 2011 by Katy Rubin, who trained with Augusto Boal in Rio, in 2008. After returning to New York and discovering a lack of effective "popular theatre" – interactive theatre created by communities facing oppression – Rubin helped form the Jan Hus Homeless Theatre Troupe, which is now called Concrete Justice (TONYC’s flagship troupe).

Since 2011, TONYC has grown rapidly in response to a real need from communities in crisis for social change. Our team of Jokers – the people who help facilitate workshops and performances – now collaborate with TONYC’s troupes to create more than 60 public performances a year.

Current and Past Troupe Partners 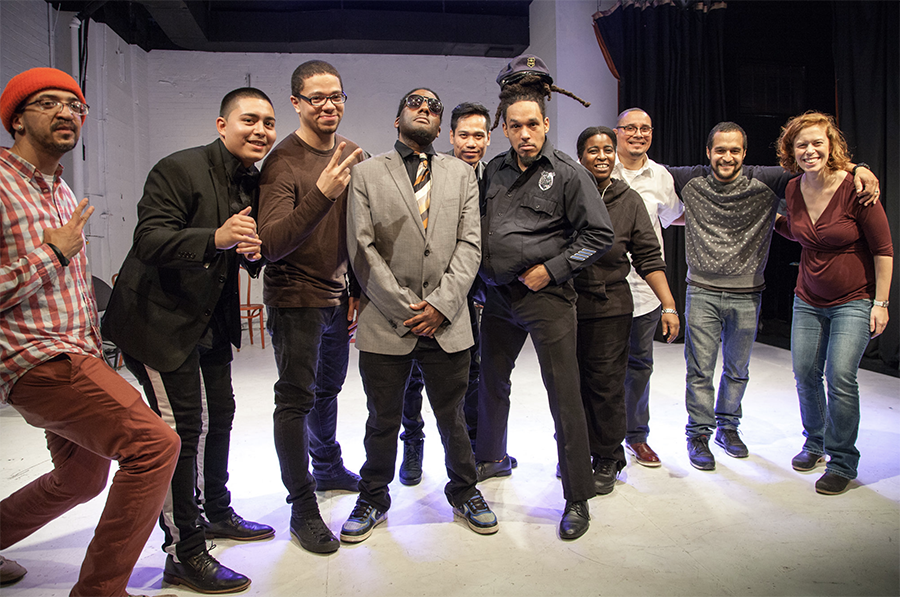 What is Theatre of the Oppressed? 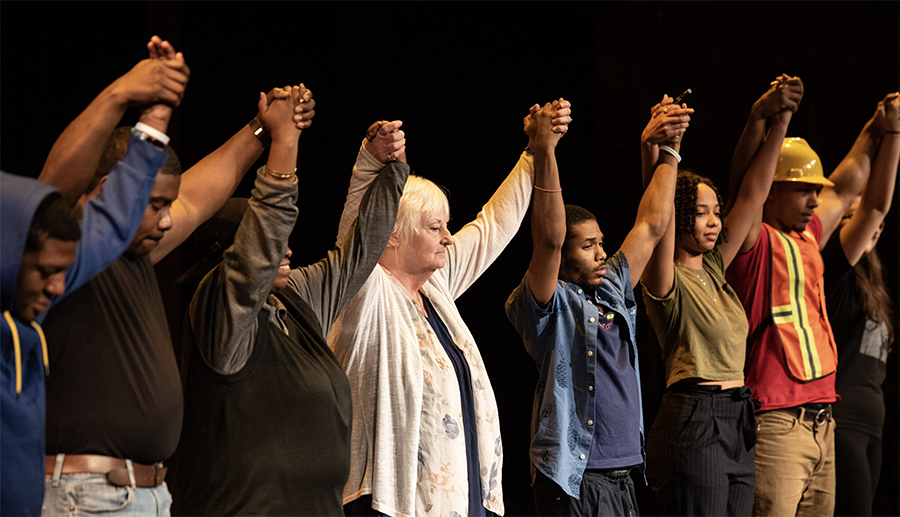 What is Forum Theatre?

In Forum Theatre, the actors present an original play chronicling an unresolved problem resulting from systemic oppression. Once the play is finished, the audience is invited to step into the play and share possible ways to attack this problem and respond to the antagonists, in what’s known as an Intervention. The actors in the play are prepared to respond to the audience member, known now as a Spect-Actor. This process of play performance and interventions is facilitated by a Joker. The goal is to engage in various problem-solving strategies that the community can use to fight back against the oppressions they face.

Theatre of the Oppressed NYC has established "popular theatre troupes" all over New York City in collaboration with a range of local communities, including homeless adults and youth, people living with HIV/AIDS, immigrants, veterans, formerly incarcerated people, and court-involved youth. These troupes devise and tour original, interactive plays inspired by real-life struggles – the problems they face everyday – with the intention of engaging peers in theatrical problem-solving which can help inspire concrete, social action. Each troupe creates one to two shows a year which are performed in theatres, community centers, shelters and drop-in centers; and at conferences and festivals including TONYC's own annual Legislative Theatre events. 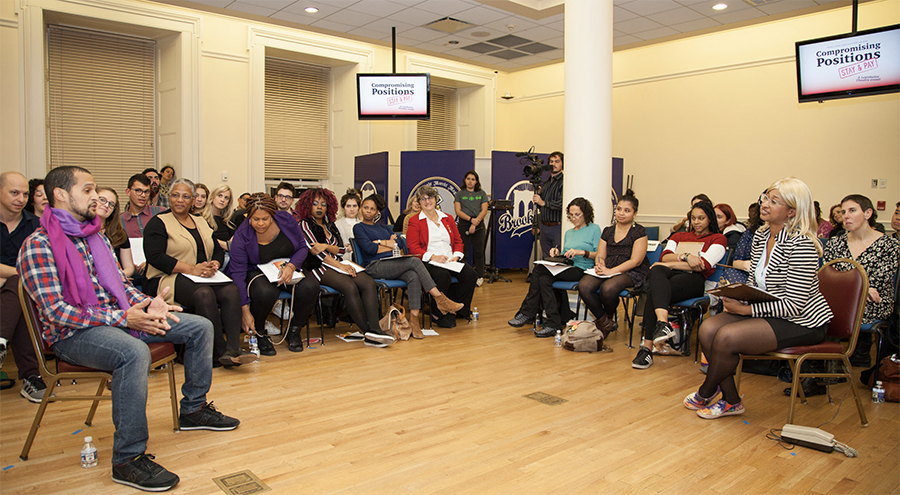 What is Legislative Theatre? 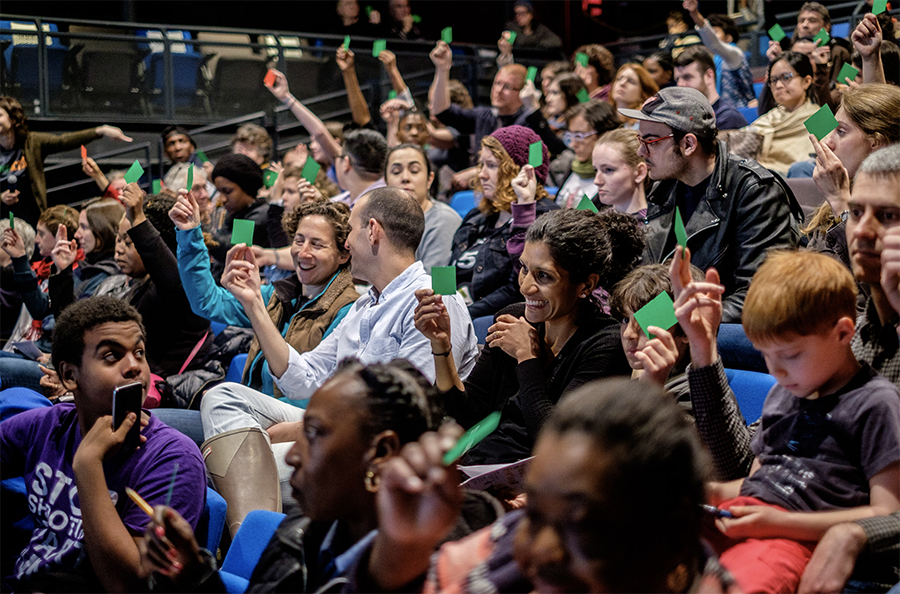 How does Legislative Theatre Work?

WATCH original plays based on the actors’ lived experiences.

ACT on stage to brainstorm alternatives to the problems presented. Jokers open the stage to Spect-actors to rehearse new ideas. Everyone writes their ideas on notecards that are processed and sorted by the Policy Advisory Team.

One hour before a Legislative Theatre show, audience members meet with community partners and activists to get prepared to engage on the issues being presented. 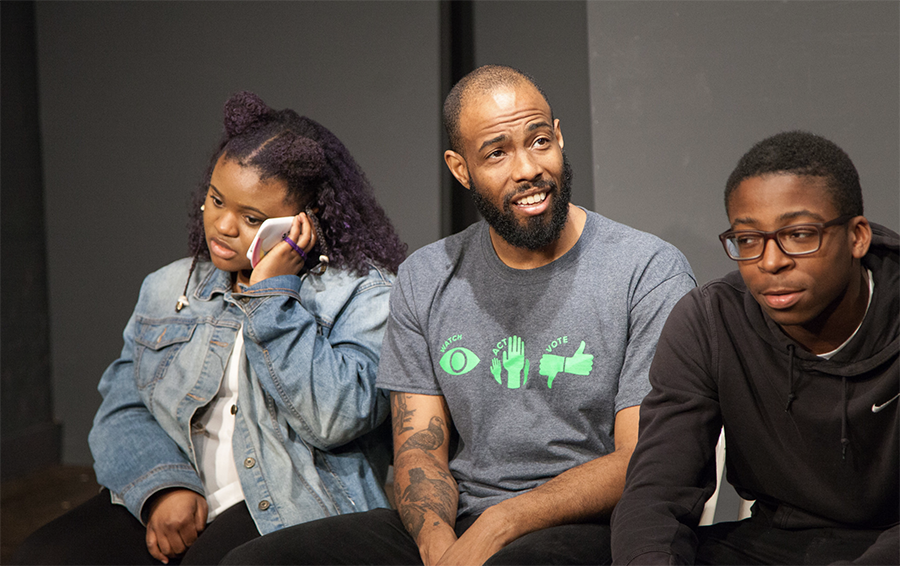 PAST LEGISLATIVE THEATRE FESTIVALS AND EVENTS