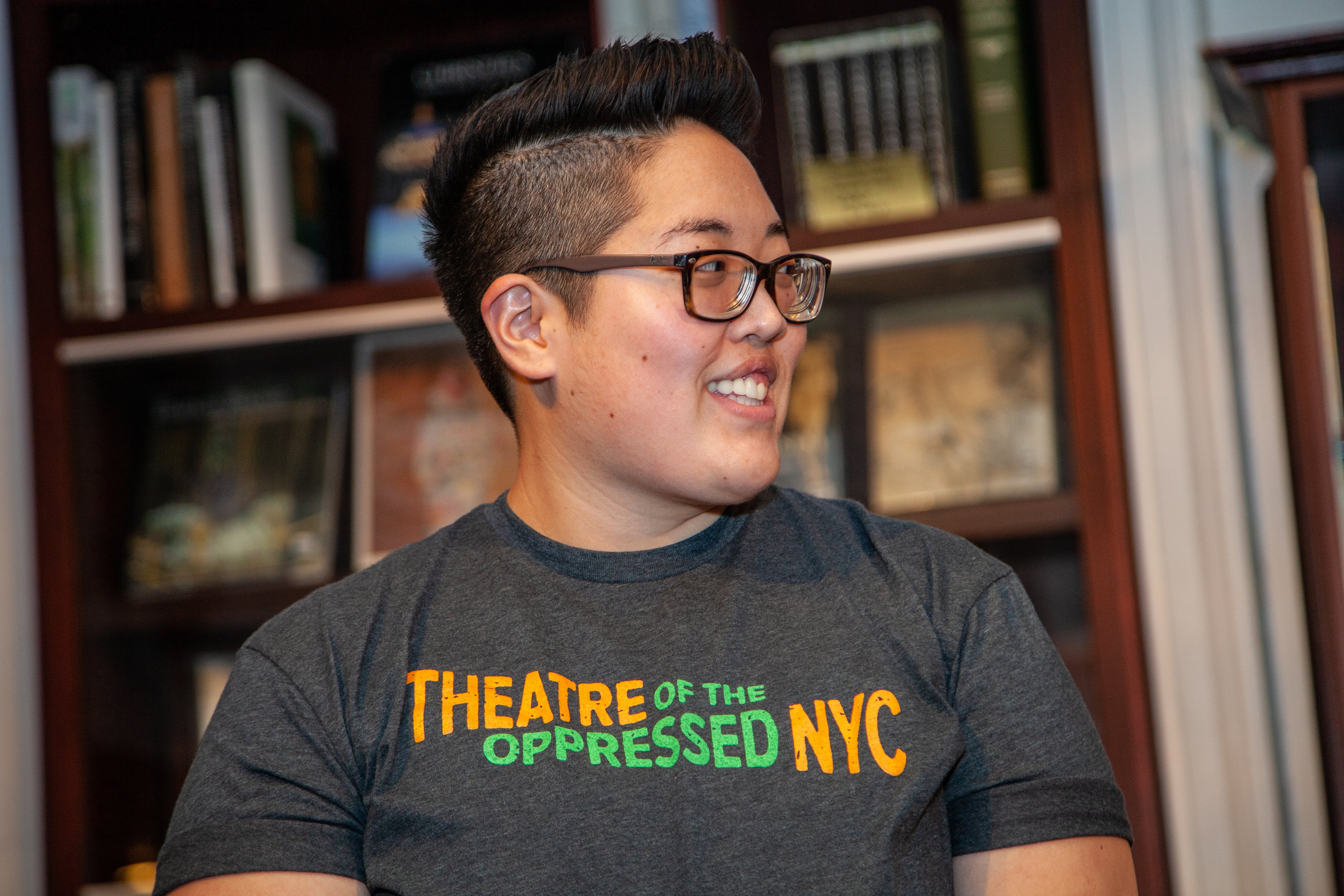 Harrow Sansom is a theatre administrator and co-host of the Thesis on Joan podcast that amplifies LBGTQ+ voices in the NY theatre scene. Their previous experience includes General Manager and Ensemble member of Honest Accomplice Theatre, a company creating devised work by women and trans people; Production Supervisor of the Theatre on Film and Tape Archive at the New York Public Library for the Performing Arts, Roundabout Theatre Company, and Epic Theatre Ensemble. 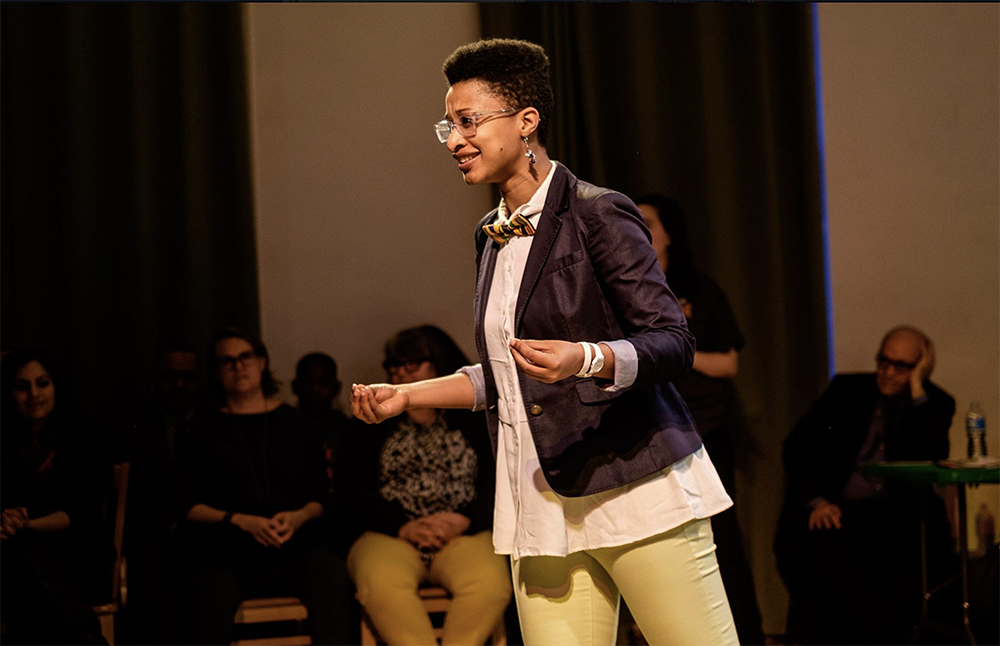 Liz Morgan is an award-winning theatre artist based in NYC. She has studied theatre and dance abroad at the London Dramatic Academy, the Jana Sanskriti Centre for Theatre of the Oppressed in India and the Yeredon Center for Malian Arts where she facilitated The Communal Bowl Conference on malnutrition and the arts. She holds both a B.A. and M.F.A. from Brown University where she was a graduate teaching fellow in the Theatre Arts department as well as the recipient of the Davis Wickham Prize for Excellence in Playwriting. As a teaching artist in NYC, Liz has worked with Opening Act, The Other Side and People's Theatre Project. She is currently a member of the A.R.T./New York Body Autonomy Leadership Council. 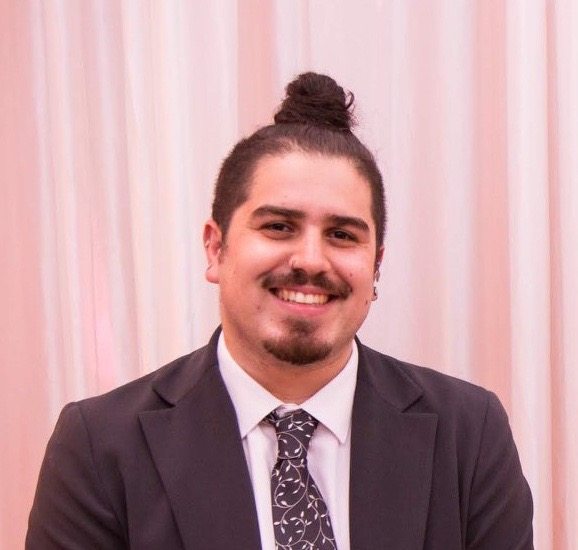 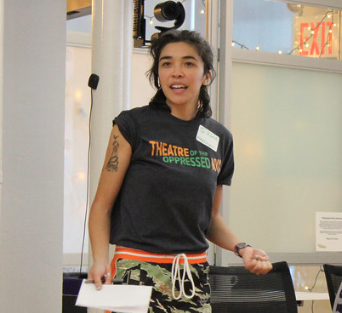 Sulu LeoNimm (they/them) has worked with TONYC since 2011 as a Joker facilitating Forum Theatre Troupes, Joker Trainings, and workshops, and formerly as Program Director. Sulu has been a Brooklyn-based theater artist and physical theater performer since 2003, enthralled with making ensemble-devised work. They created and toured work as co-founder of Pack of Others, and performed with various ensembles in NYC, Denver and Seattle. 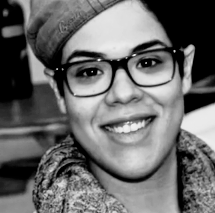 Tabatha R. Lopez (She/her/ hers; They/ them/theirs) is a Brooklyn-born, Brooklyn/Queens raised, Newark, NJ resident with roots in the Spanish-speaking Caribbean. Tabatha's work is interdisciplinary, weaving together the arts, oral histories and other forms of research, and liberatory practices, focusing on culture, how it shapes who we are, what we do, and how our histories inform our reasons. Their mission is to collaborate on community-based projects that empower those confronting oppression through critically engaged methods, culturally responsive practices, and art forms that facilitate community-based solutions. Tabatha holds a B.A. in Puerto Rican and Latino Studies with minor studies in Philosophy of the Arts from CUNY Brooklyn College and recently completed the M.A. in Applied Theatre program at the CUNY School of Professional Studies&nbsp. 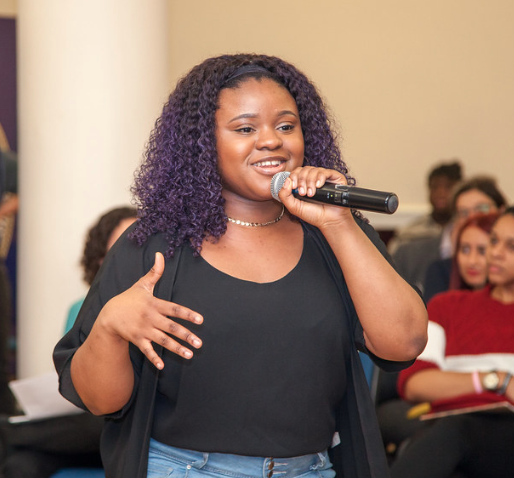 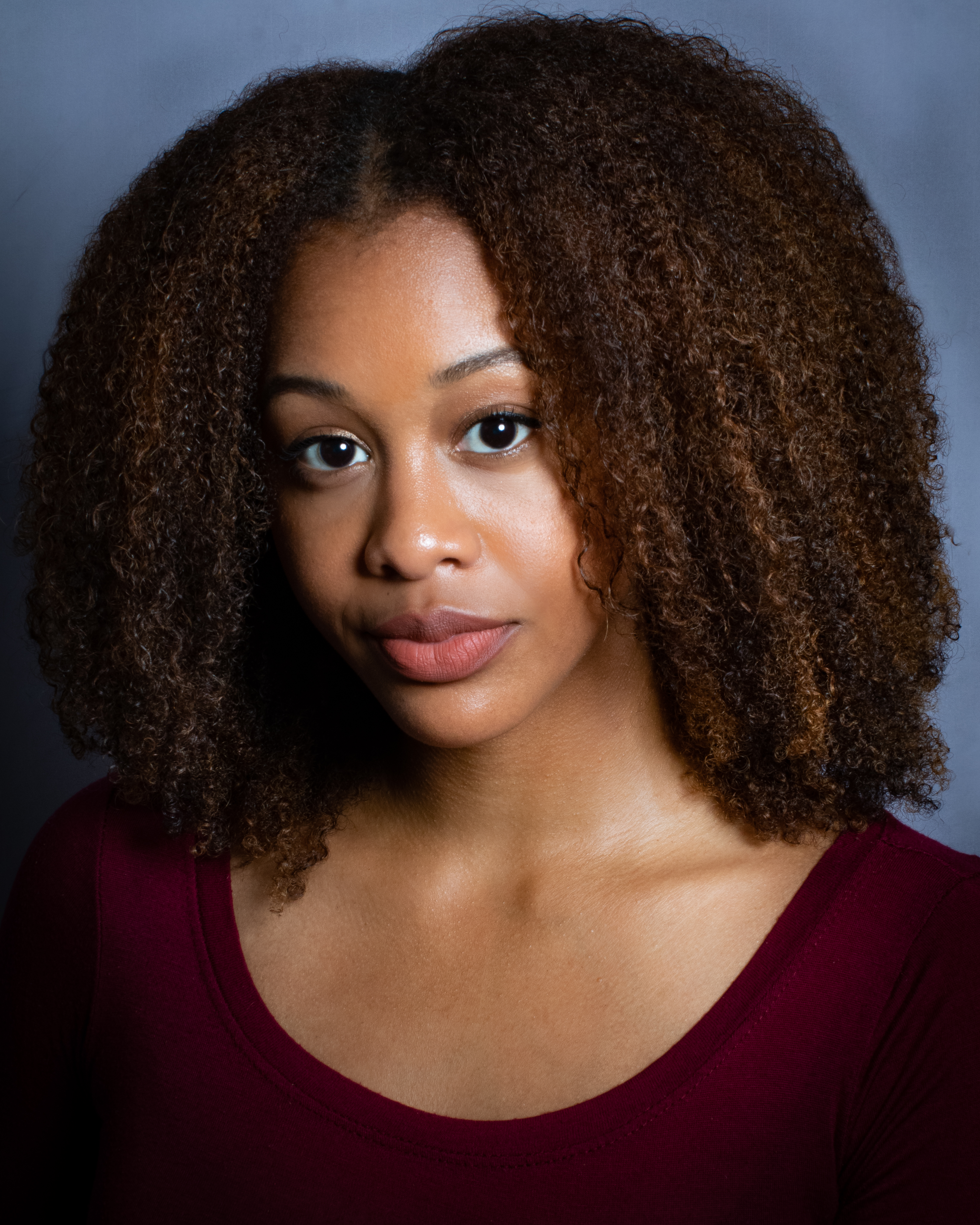 amani is a multidisciplinary artist who creates socio-political portraits of identity, faith, and community through live performance, movement, poetry, and video. As a Theatre of the Oppressed practitioner, amani has facilitated work around consent and sexual assault as well as youth homelessness. They are passionate about uplifting the experiences of black and brown femmes and queer folk through theatre and storytelling. They are currently pursuing an M.F.A. in Contemporary Performance and Theater from The New School. 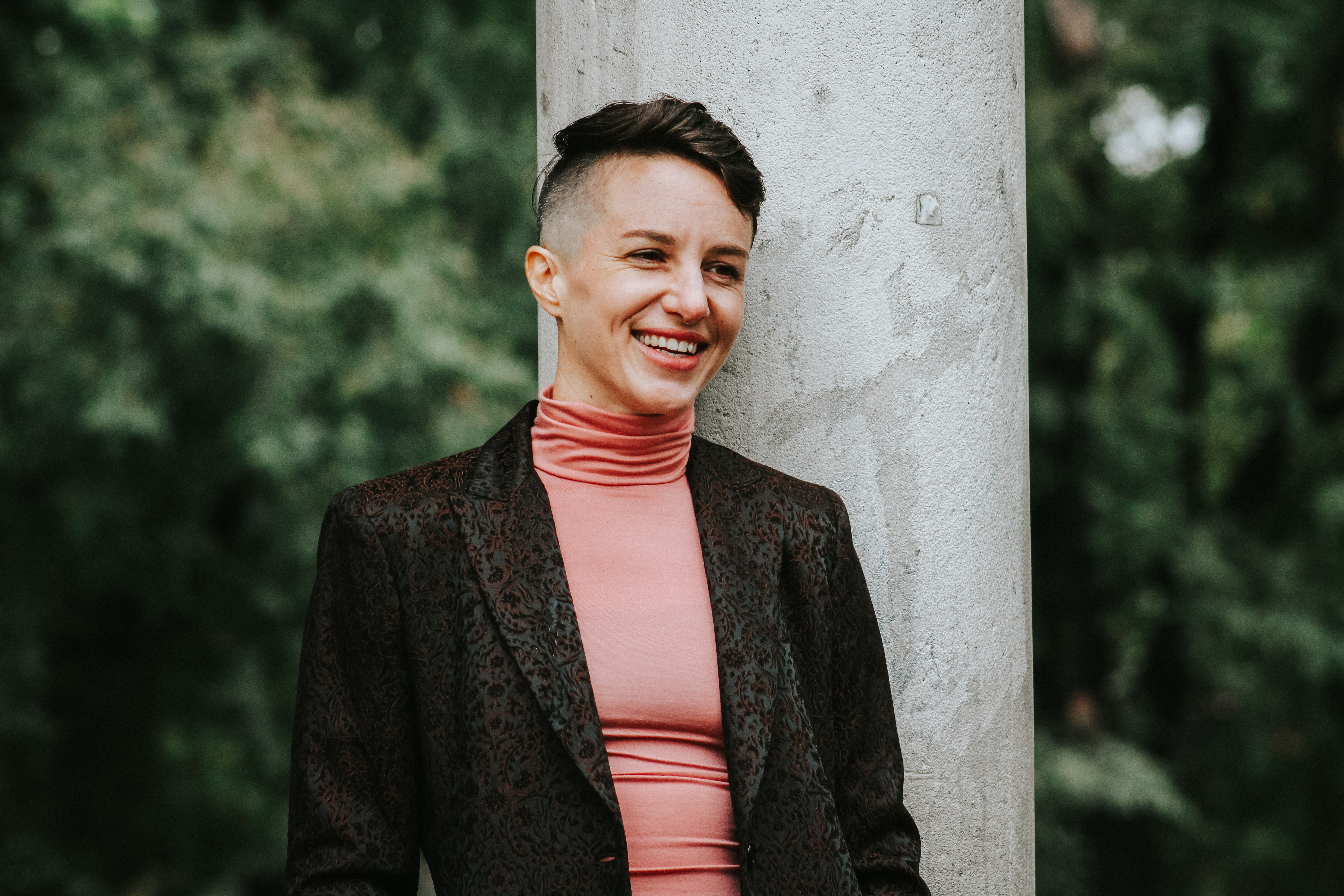 Ania (they/them) is a queer and non binary performer, director, theatre maker, teaching artist and clown. They are currently completing their Masters in Applied Theatre at CUNY and are a graduate of the Dell’Arte International School of Physical Theatre (Professional Training Program), Ania’s recent work celebrates LGBTQIA+ artists with a focus on gender diversity. Ania most recently co-created Too Much Hair, a music and theatre production, and they were a core creative on Proud Voices, an audio festival that played internationally in three major cities. They have toured to Palestine with Clowns Without Borders USA, and have taught clown internationally. Ania has also performed clown and drag acts at venues in New York City including House of Yes, The Duplex and The Tank. As a teaching artist they teach for Lincoln Center Theatre, People’s Theatre Project and the Association of Teaching Artists. 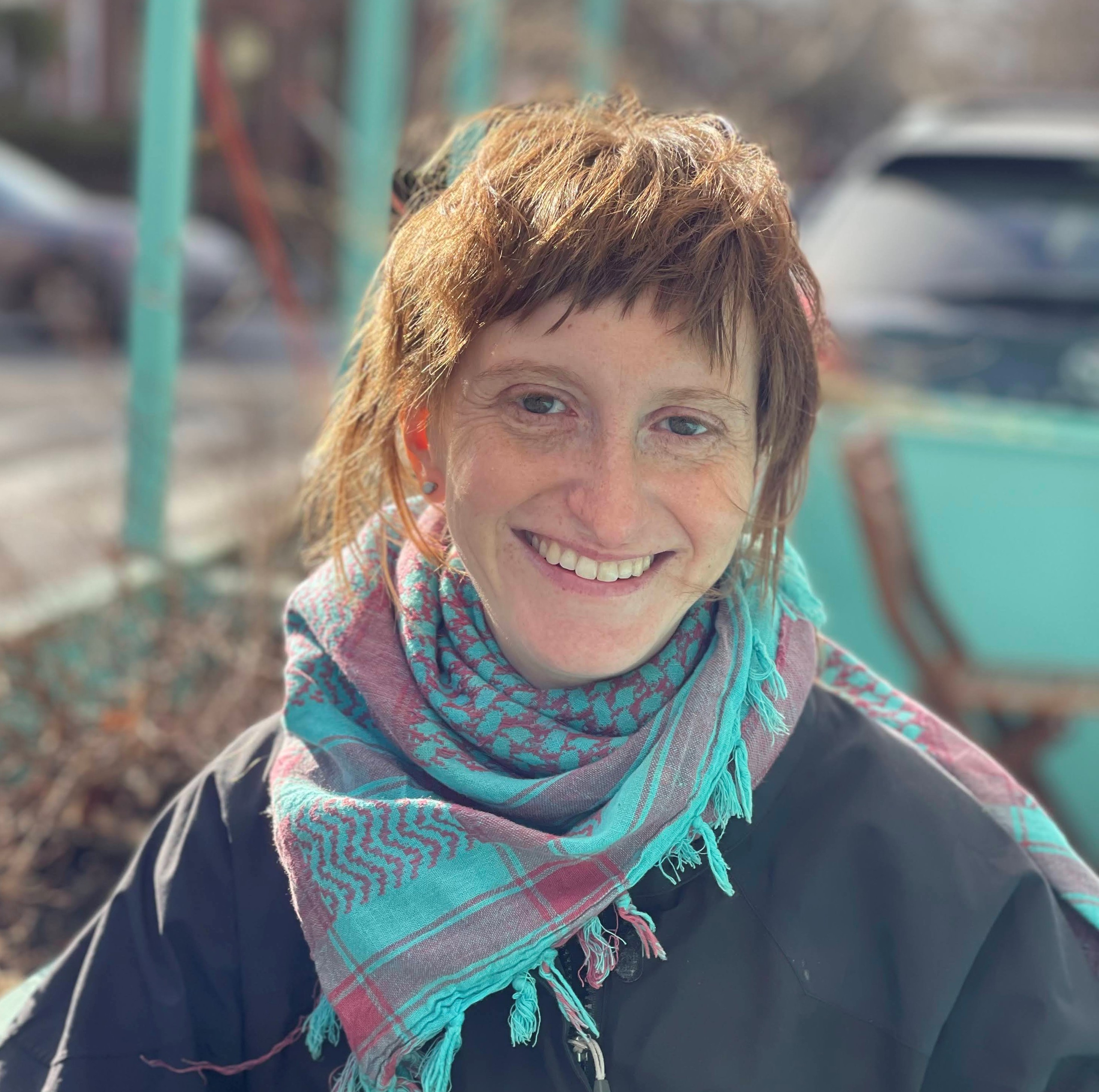 Elise Goldin (She/her/ hers; They/ them/theirs) is a proud Midwesterner who has lived in Brooklyn for over a decade. Elise is a seasoned community organizer and has worked with workers and tenants to organize for dignity and material changes. They strongly believe that movements for justice must incorporate joy, art, and community in order to be sustainable and powerful. Elise holds a B.A. in Geography from Macalester College and an M.A. in Applied Theater from CUNY’s School of Professional Studies. 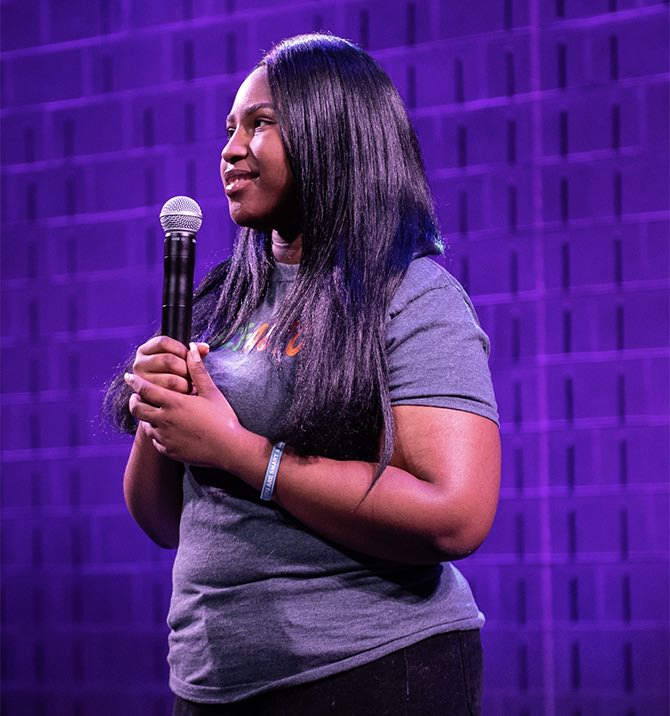 Gariyana started working with Theatre of the Oppressed NYC as an Actor with the Crown Heights YO S.O.S. Troupe in October of 2016. Since then, she's gone from Actor to Joker-in-Training, and has been working with TONYC's Housing Works troupe, and her original troupe at YO S.O.S. 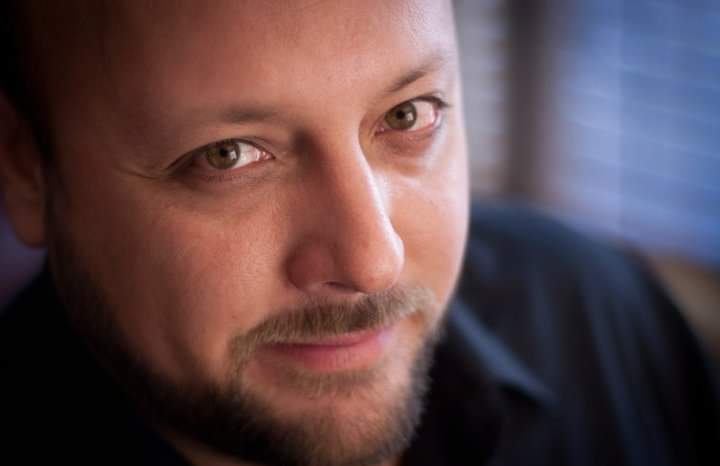 Julian Pimiento comes from a legacy of artists educators and travelers. Julian was born in beautiful Bucaramanga, Colombia, and nurtured his passion for immigrant and human rights growing up undocumented in white-centric working-class Greenpoint, Brooklyn. He explores the complexities and injustices of cultural and social assimilation through playwriting, acting, directing, and Theatre of the Oppressed Jokering. Julian holds a BA in Individual Studies (with a focus on Latino Studies and Theatre of the Oppressed) from Goddard College and a MA in Applied Theatre from The City University of New York. 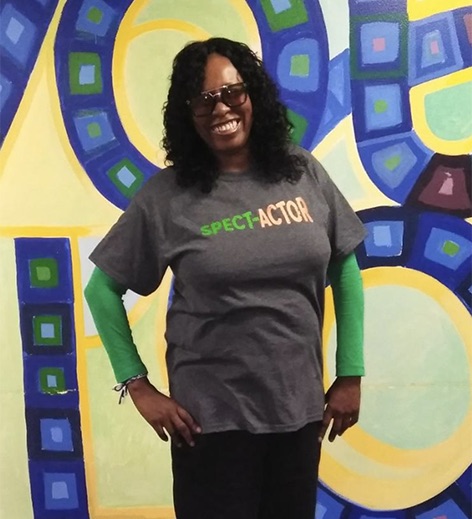 Letitia started acting with the Concrete Justice Troupe in May 2013. Her first play was “The Housing Circus” and the character she took on was the Lion Tamer, a character who personified her real life experiences. She worked hard by attending TONYC workshops and events that geared her towards becoming an activist/actress while learning more about people who have experienced homelessness. In November 2017, she took on the role of Joker/Facilitator, joined the P.B.NYC Budget Committee, and became one of TONYC’s Arts & Homeless / Housing & Equity Justice Delegates. 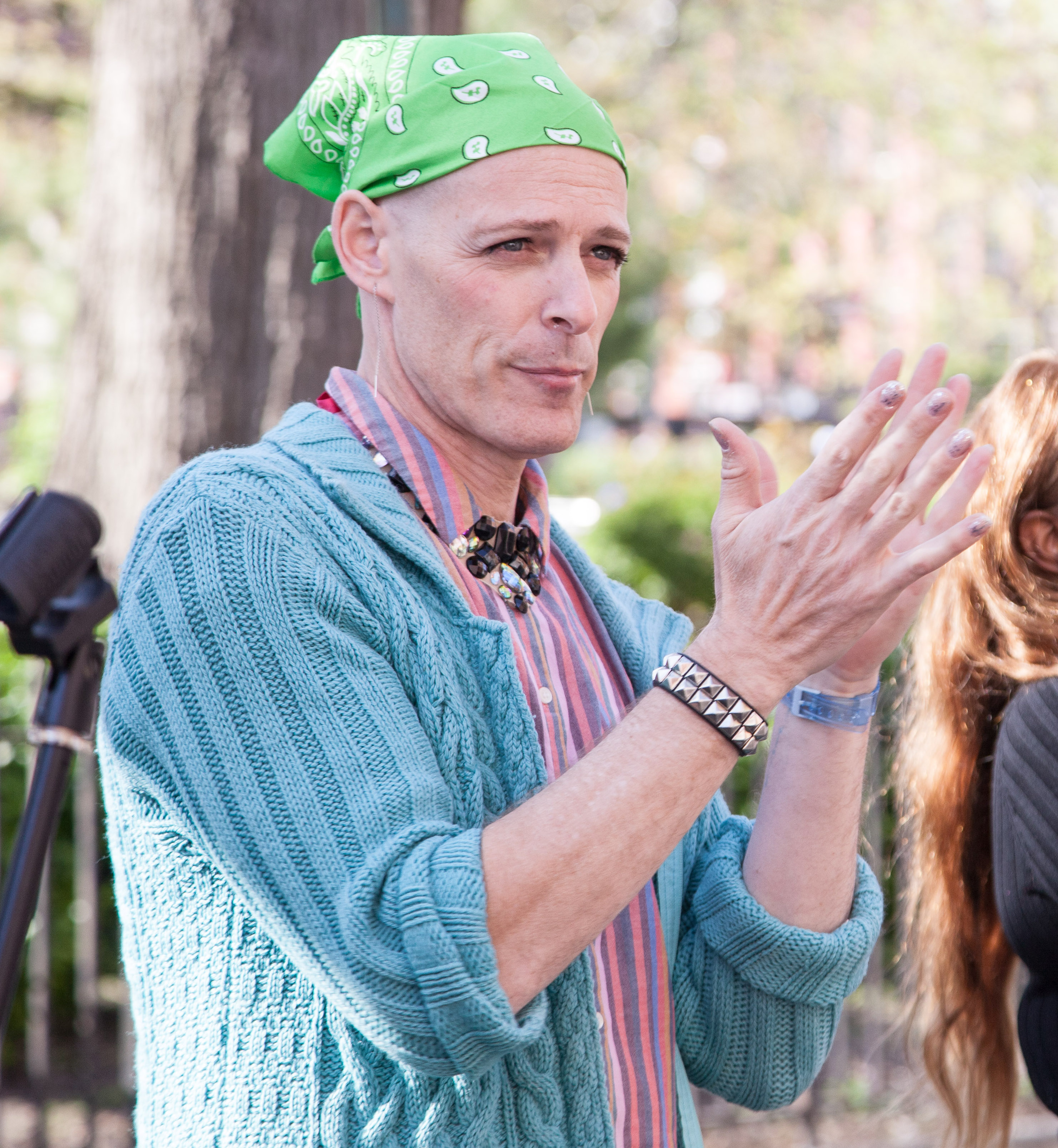 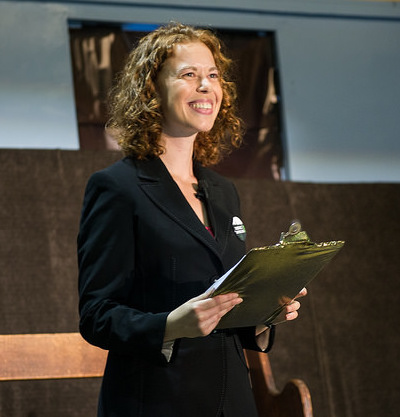 Katy Rubin is a joker, director, actor and circus artist. She has facilitated and directed Forum and Legislative Theater workshops and performances in partnership with various communities including homeless adults and youth; LGBT homeless teens; people living with HIV/AIDS; recent immigrants; and court-involved youth and adults. Katy trained with Augusto Boal at the Center for Theatre of the Oppressed—Rio de Janeiro, and later with Jana Sanskriti in India, Mind the Gap in Yorkshire and Cardboard Citizens in London. She has trained facilitators in Nicaragua, the Netherlands, Norway and New Orleans as well as NYC. She holds a BFA in Acting from the Boston University School of Theater. Photo credit: Will O'Hare

Patrick Kowalczyk is the founder and president of PKPR, a boutique public relations firm representing organizations working to disrupt business as usual and create positive social change. Clients include The Knight Foundation, The Mozilla Foundation, Designing Justice + Designing Spaces, Echoing Green, The Dayton Literary Peace Prize, ESI Design, ArtBuilt, and the Economic Hardship Reporting Project. Patrick began his career working in politics, including serving as press secretary for U.S. Representative Lynn Woolsey (D-CA), the first woman elected to Congress who had once received public assistance. He graduated from Rutgers University with a degree in Journalism and Mass Media. Patrick has been on the board of Theatre of the Oppressed NYC since 2015. He previously served as a board member of Live Out Loud, an organization for LGBTQ youth, from 2005 - 2014. 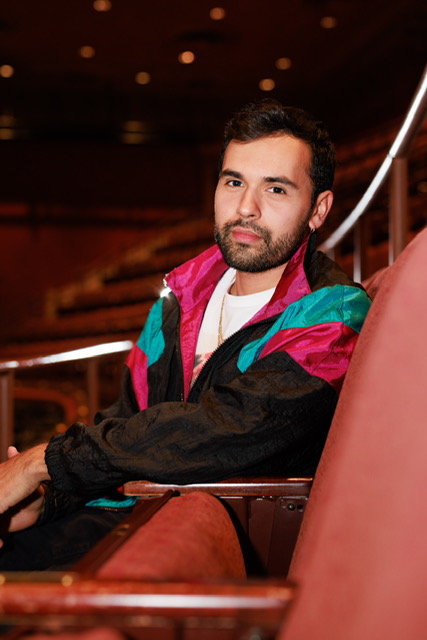 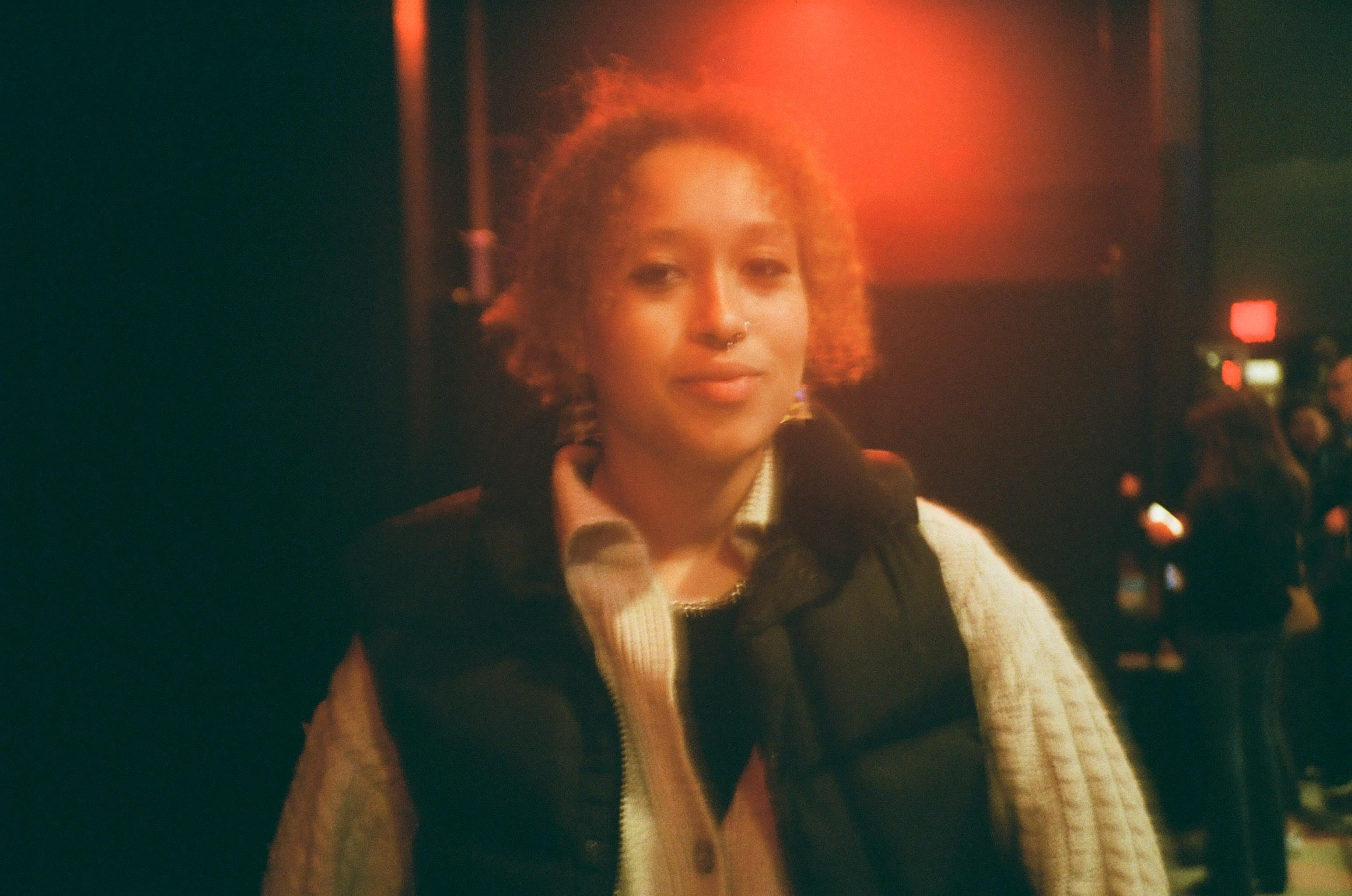 Elizabeth Bangura (she, they) is extremely devoted to Afrofuturism as well as reconciliation and transitional justice as approaches to digesting and moving through conflict. She holds a B.A. from Pace Universities’ Peace and Justice Studies program and minors in both Women and Gender Studies and Environmental Studies. They currently hold a position at The Hope Program in the Bronx and are passionate about filling their free time with consistent learning, silly creativity, and loving big. 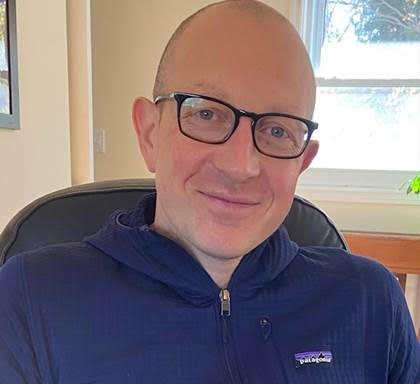 Josh Van Kirk is an associate attorney at Akerman LLP in the Capital Markets practice. Prior to law school Josh worked in a variety of direct service and administrative roles in education including as a teacher in both the New York City and Baltimore City Public School systems, as a college access and success counselor at a non-profit organization in New York City and the executive director of a not-for-profit early education center in Vermont. Josh earned a JD, magna cum laude, from Brooklyn Law School in 2017, where he was a Sparer Public Interest Fellow, an MA in education from Johns Hopkins University in 2002 and a BA in English from the University of Vermont in 1999. 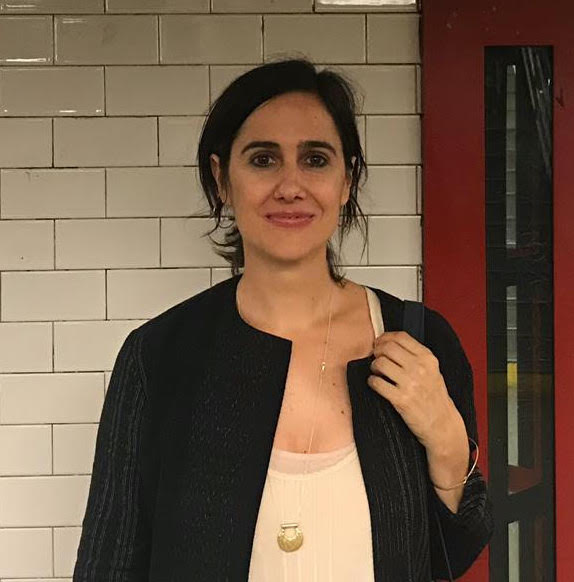 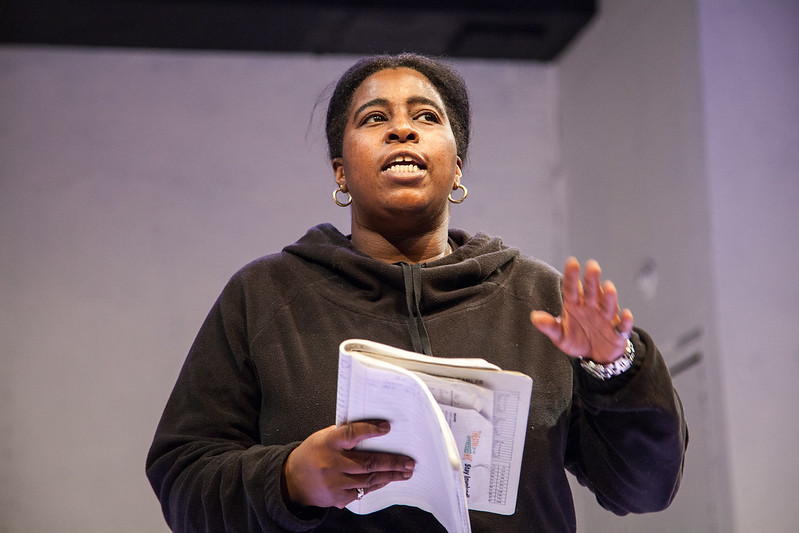 Mersadez is a freelance artrivist who uses a variety of art forms to advocate and create positive and meaningful change.

Roni believes theatre's aesthetic and political missions are inseparable. She has worked at a range of brilliantly innovative arts nonprofits, among them the Lark Theater Company, Atlantic Theater Company, SPACE on Ryder Farm, Woodshed Collective, Dance New Amsterdam, and Breaking Walls. Fascinated and inspired by artists and their work, she's made her career facilitating and supporting choreographers, playwrights, filmmakers and multi-media artists, devoting herself to ensuring a future for the increasingly threatened spheres of the arts. She holds a BA in Theatre from Cornell and an MFA in Film from Columbia.