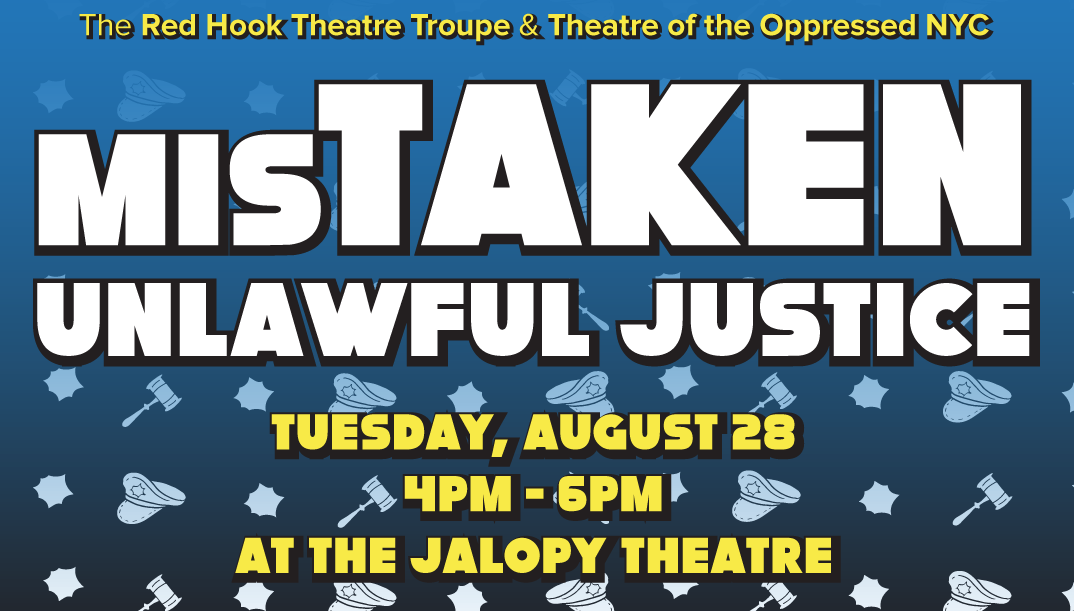 A case of mistaken identity — or racial profiling? When our protagonist is accused of sexual assault, and he wasn’t anywhere near that area of the neighborhood that day, the cops, the detectives, the judge — everyone just assumes the worst. Come challenge your own assumptions with our Red Hook Theatre Troupe, and take on criminal justice reform, racial profiling, and community safety in this forum theatre show.

This summer, we’ve partnered with the Mayor's Office of Criminal Justice for a special off-season Brooklyn troupe! Our Red Hook Theatre Troupe, one of our regular ongoing troupes throughout the year, centers youth from The Red Hook Community Justice Center, which seeks to help create a more effective and humane justice system. The Red Hook Theatre Troupe has been working out of CCI right in the heart of Red Hook. Learn more here.