With One Voice Manchester! 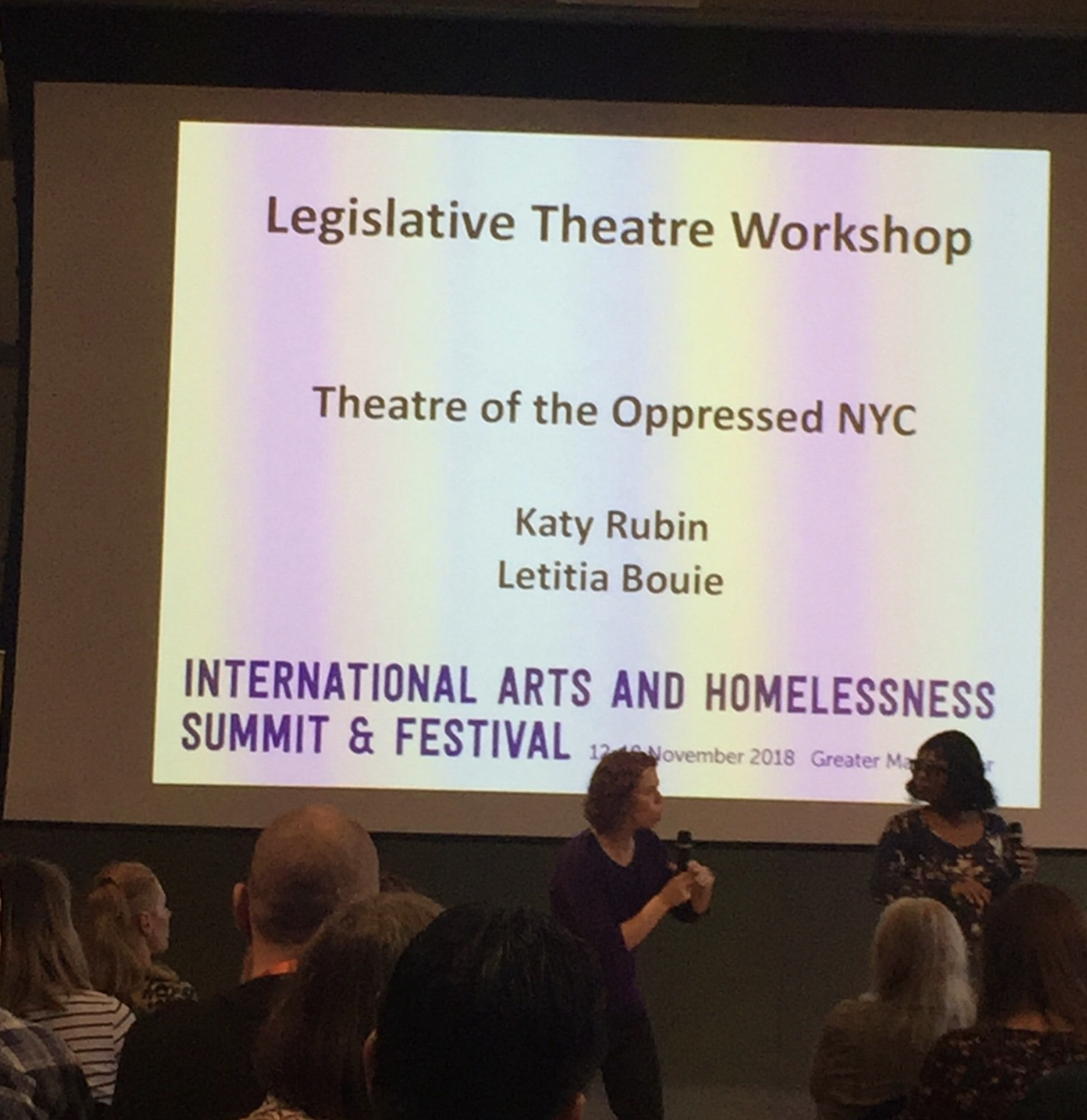 This year's With One Voice (WOV) International Arts and Homelessness Summit 2018 introduced 250 delegates from 15 countries and dozens of organizations. We all joined up in Manchester, England from November 14-18 - I was excited to be there along with Katy. The program was full of events, including performances, gallery exhibits, talks, workshops, breakout groups, open mics, and tours. 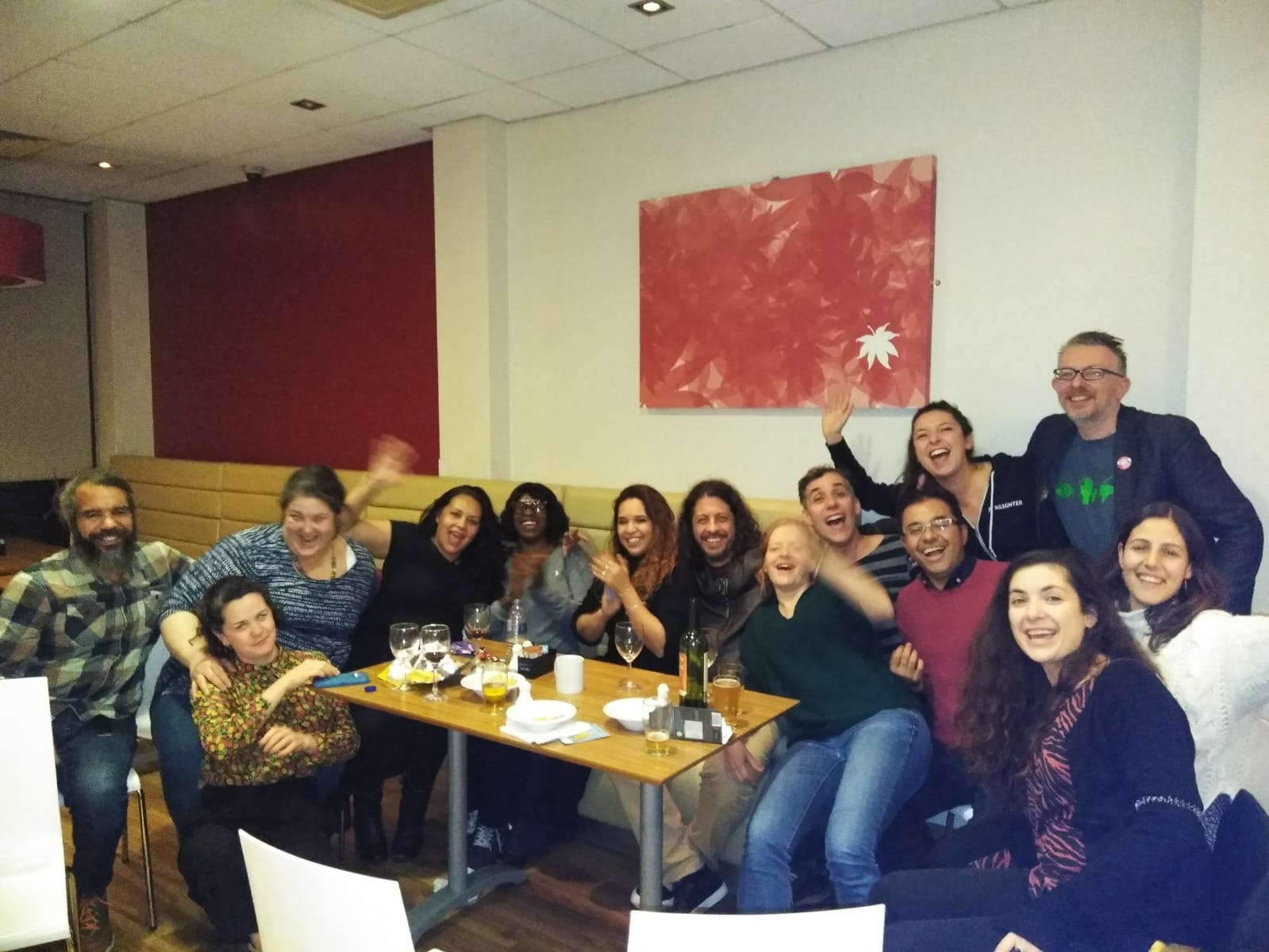 Other countries have different practices to address what they call Homelessness — I appreciate they have respect and have time for  elderly people who have no family, which builds community. Andriana and Rico from Rio, Brazil are familiar with Augusto Boal's practices, taught the game Boom Snap Clap which I will be sharing with our own TONYC community. Way out in Sierra Leone, Worldwide Arts for Youth offers music, art, and film making. We were invited to participate in a music/video track and were asked to add something to their ongoing project. I also learned an exercise of rants and images which will be useful to TONYC. I also noticed that a few of people belong to more than one Arts & Culture Organization which tells me that they are multi-talented. 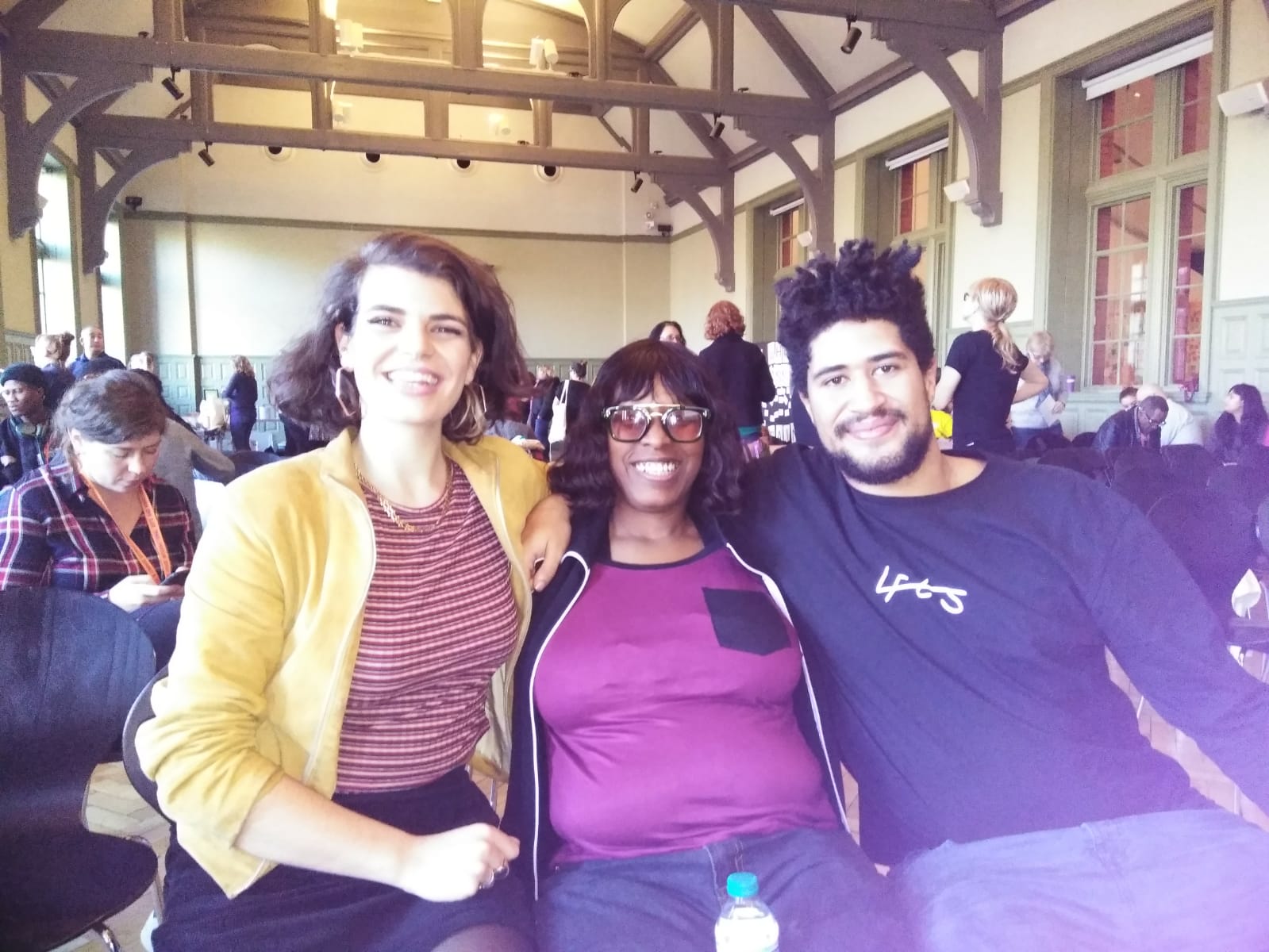 There was an open mic which featured J, Mike, Henry, who I was able to chat with, as well as  many other poets. There was dancing and choirs from all over the world! I felt honored to meet Rif Raf, an old man who experience homeless who I recognized had the spirit of gold, wanted to participate in everything.

We saw some amazing performances: Crack and Smack, They Can't Take That Away From Me, Man On Bench Fairytale by The StreetWise Opera Tandem Theatre/Mustard Tree Drama Group Theatre of Manchester UK & David Tovey, one of my friends from last year. I was so excited that I finally got to experience not only his story and work, but to learn he designs his own clothes with clean trash fabrics and materials.

I was told that one of the WOV Delegates was walking around interviewing people and ran into a man who was street homeless. He showed a picture of his newborn baby, his wife had given birth while he was at the Summit and they haven't named the baby as yet. The delegate said that he saw wings that haven't grown yet so name the baby Angelica and the father agreed. 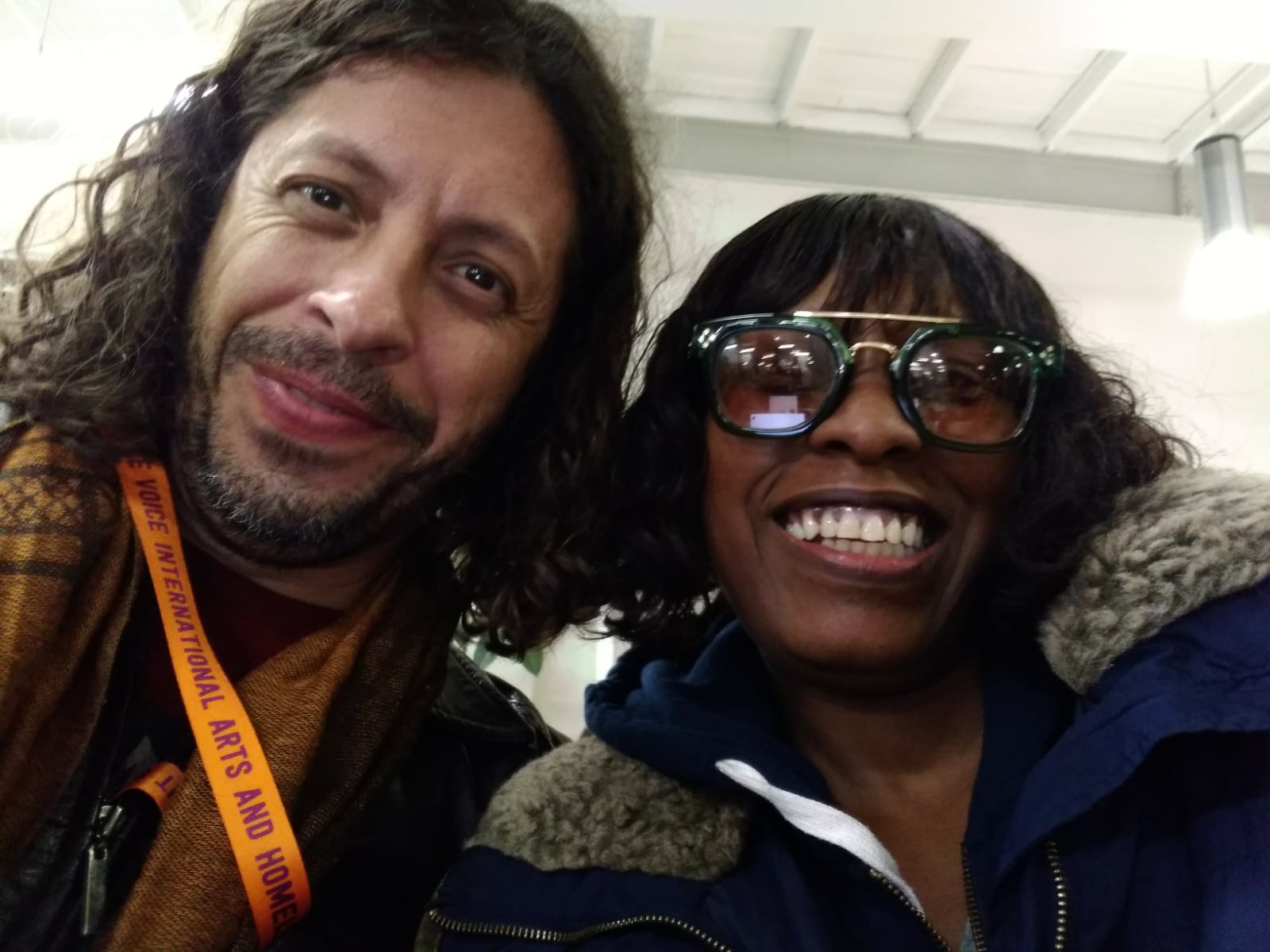 Everyone was impressed with our Legislative Theatre workshop. The scenes showed an Arts Organization exploiting a participant with the dilemma of not being able to afford attending the program then refusing to pay them after using their work in a big show. The policy proposals were based on allowing participants of organizations, agencies, and programs to get paid.

Thanks to the Mat and all the WOV Delegates. I was able to visit Julian, of Sketch, in Toronto to learn more about their practices. I would love to continue this work and visit others like David Tovey in London and the P:ear organization in Portland, for starters.

Read a Twitter thread that captured Letitia and Katy's workshop!