[The actors’] raw performances, all depicting different forms of discrimination, created a powerful shared experience between them and the audience. - Huffington Post

The Actors aren’t actors, the plays are really meant as dress rehearsals for real life, and before the curtains come down the audience takes the stage as ‘spect-actors’. - New York Daily News

"Through political theater, young participants explore the arts while developing their political identities – which, collectively, empowers them and their audiences to become change makers in their communities." - NYC Council Member, Carlos Menchaca, District 38 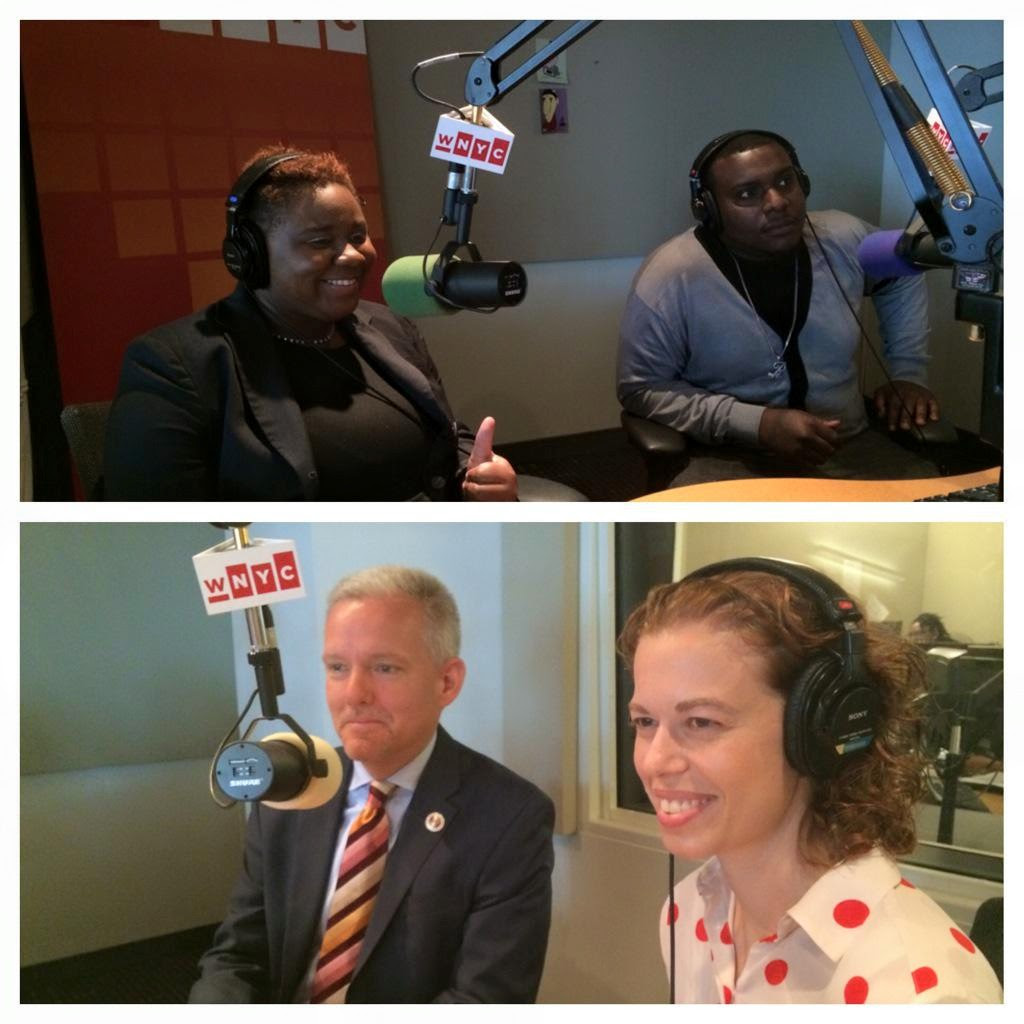 A Theater's Long Fight to Find a Home in Manhattan
CityLab, May 9, 2018

Theatre of the Oppressed NYC's Katy Rubin and Devyn Mañibo on the Importance of Fun in Community Engagement
Philanthropy NY, June 22, 2017

In Theatre of the Oppressed, youth become protagonists of their own dramas
Red Hook Star-Revue, June 20, 2017

In NYC, Activism Begins With Lessons In Theater
NPR Code Switch, May 31, 2017

As Broadway Gentrifies, Actors Slip Through the Cracks
The Village Voice, January 11, 2017

Theatre of the Oppressed NYC is changing the world through the power of theater
NowThis, October 16, 2016

Broadway for Black Lives Matter... and Off-Off-Broadway Too
Howlround, July 2016

Acting Out Their Demands, Advocates Take the Stage to Influence NYC Policy
City Limits, May 26, 2016

Belarus Free Theatre and Theatre of the Oppressed NYC in Conversation at La MaMa
CULTUREBOT, May 17, 2015

Katy Rubin & Majorie LaPointe: Theatre of the Oppressed
CUNY TV: One to One with Sheryl McCarthy
May 6, 2015

The Power of ‘Theatre of the Oppressed’
The Chronicle of Philanthropy, November 2014

Theatre of the Oppressed NYC Explores Racism, Profiling Via Legislative Theatre
Examiner.com, May 31, 2014

How a Trans Woman Inspired Real Reform Through Her Art
The Huffington Post, May 28, 2014

Partnering with Eileen Fisher (from The pARTnership Movement)
ARTSblog, October 17, 2013

With Eye to the Future, Play Looks at Spofford’s Past
The Hunt's Point Express, May 18, 2013

Local Residents Perform in "Memories of the Future," A Play Exploring Sentiment about Spofford Youth Jail
Daily News, May 5, 2013

Once Upon a Time in the Bronx: Theatre of the Oppressed Explores Violence, Family Life
The Village Voice, April 29, 2012

Theatre of the Oppressed Brings Homeless Actors to the Stage Tonight
The Village Voice, February 6th, 2012

What They Do for Love
Bostonia, Fall 2011

From the Palestinian/Israeli Conflict to Homelessness: Theater to Repair the World
Tikkun Daily, September 27th, 2011

No Stretch for Actors who Play Homeless
Our Town, June 15th, 2011