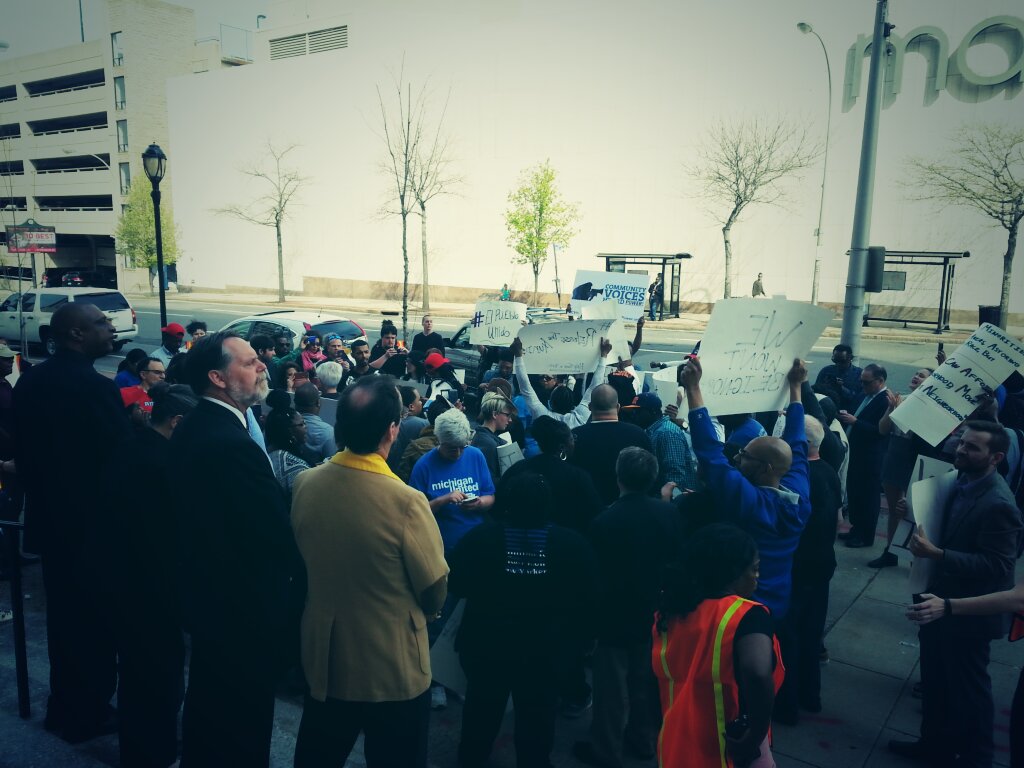 Build power to affect change. The whole week was based around this.

Now Theatre of the Oppressed NYC specifically has power because we joker theatre troupes (people) and help fundraise (money) for Activate and the legislative theatre festival. The common goal of us and our people is bringing change to the issues we make plays about. When the play is done we can say to policy makers : This is what we want (i.e.. Municipal IDs). This is how we can get it (i.e.. Policy makers implement new policy ). This is how it can benefit you (policy makers get recognition and support (votes) from the community at things like the Legislative Theatre Festival/Activate for being the lead on new policy that directly affects the people). Now I (Moon) specifically can be a leader by following up a play by organizing a community directly affected by the play's issues to get policy-makers to address the issue. They will address the issue knowing that their are people ready to back the policy maker if they keep up their end of the bargain.

However, I can't be an effective leader if I don't:

1. Know my own self interest.
2. Mentor people about power.
3. Open myself up and ask for help and form a team.

Self interest is what is at stake for me if I fail. Or, basically, what do I personally (selfishly) get out of it. More specifically, if we make a play about stop and frisk and organize around stopping that and we fail at bringing change then I'm afraid that I myself may be stopped and frisked at some point. So we see this is not just about the actors making the play but about me personally. If we don't succeed in presenting problems, building solidarity, show that there's not only one possibility, rehearse and problematize possible solutions, and generate community action then I'm afraid people like Donald Trump or worse may be elected office, people will see me in trouble and not help, the government and corporations will continue to ruthlessly rob me and their own brothers and sisters of this nation blind, I and my family will continue to fall for the old trick that feeds off of our fears. You know the trick where they unleash a wolf on the town at night and scare people during the day into paying the very people who unleashed the wolf for protection. Today they call the wolf terrorist or criminal and collect taxes and take away civil liberties as protection. If we are all in solidarity and know each other then we don't need anyone feeding us deceptions, manipulations, or lies that make us fear each other and divide. We are the government and it's time we act like it.

Self interest tells you what to say yes or no to because you know yourself and what you really want. In order to find out what your self interests are you have to delve deep into your past and see why you are the way you are today.  What makes you YOU. Once you figure that then you can talk with people and find what drives you have in common and build a relationship and make a deal, whether it's with a friend or an enemy.

Guilt- It's all your fault that you are in the position you're in.

Deception/lies- media coverage endorses the narrative the oppressor deems most beneficial to the oppressor. This tactic is very common and usually plays off a person's fears to manipulate the person into doing or not doing something the oppressor wants or does not want.

Bribes/jobs- Often politicians with power in the government have been known to take bribes to pass or not pass a legislation regardless of what the people want. Also snitches or traitors are often hired by oppressors to spy.

Violence/Coercion- More use of fear to persuade people.

If you know your self-interest you might not get caught up in these pitfalls that are purposefully placed by someone with power who knows their self-interest make no mistake.

Okay now with that being said you could still be attacked by an oppressor with power. So how do you respond to power? You get power yourself. As we said earlier power is people and money. Once you get that power you use it and let others respond to you. It's better when they have to respond to you. When you are in the position of responding NPA calls that playing the role of the victim because those with power are usually on the offensive. So NPA says you have to open yourself up and ask for help and form a team.

Now that you have your team you and you know your self-interest (what do I/we want) and you have raised money and you have a plan you can hit the negotiation table with anyone saying:

This is what we want!

This is how we can get it!

This is how it can benefit you!

When you have power you play by your own rules. When you are oppressed you play by the oppressors' rules. What rules are you playing by? If not yours change the script. You can and we are discussing how.

Figure out your self-interest. Build your team by having one on one conversations with people to figure out mutual self-interests. Make a plan. Fundraise to finance your team and your campaign. Take Action.

So you now have power. Use it. Execute a campaign. These are your objectives:

1. Deliver a message, expose a crisis
2. Change the narrative about who has created the crisis
3.Escalate tension when being ignored and get movement on a specific demand
4. Expose the target; turn the target toxic
5. Disrupt business as usual
6. Cost the target resources: votes, money, time, influence
7. Force the target to make a choice between direct action or meeting a demand
8. Test and energize your leaders and base by practicing direct actions

A direct action is a protest rally. Here's how you could pull one off.

a) Location scouting- Check out the area where the demonstration is going to happen and make a map. Decide whether you wanna get a permit or not because you're gonna have to comply with any regulations if you choose to get a permit. Have a friendly conversation with police before the action because they can be a big part of keeping you safe.
b) Share the map with your team and figure out the logistics. What do you want people to see/hear? Make props and signs that deliver a clear message and write chants.
c) Give out roles:
• Action Captain
• Lead Team
• Lead police Liaison
• Security Liaison
• Lead Marshal
• Media liaison
• Lead Bus Captain
• Marshals
• Bus Captains
• Energy Team: Chant leaders, hype team, prop coordinators, sound team

This is what we spent a week learning. At the end of the week we did an actual direct action in White Plains, NY to agitate Rob Astorino the County Executive of Westchester. This was great practice for us but it also served the campaign of those who were trying to get Astorino to release some funds that would go toward affordable housing.