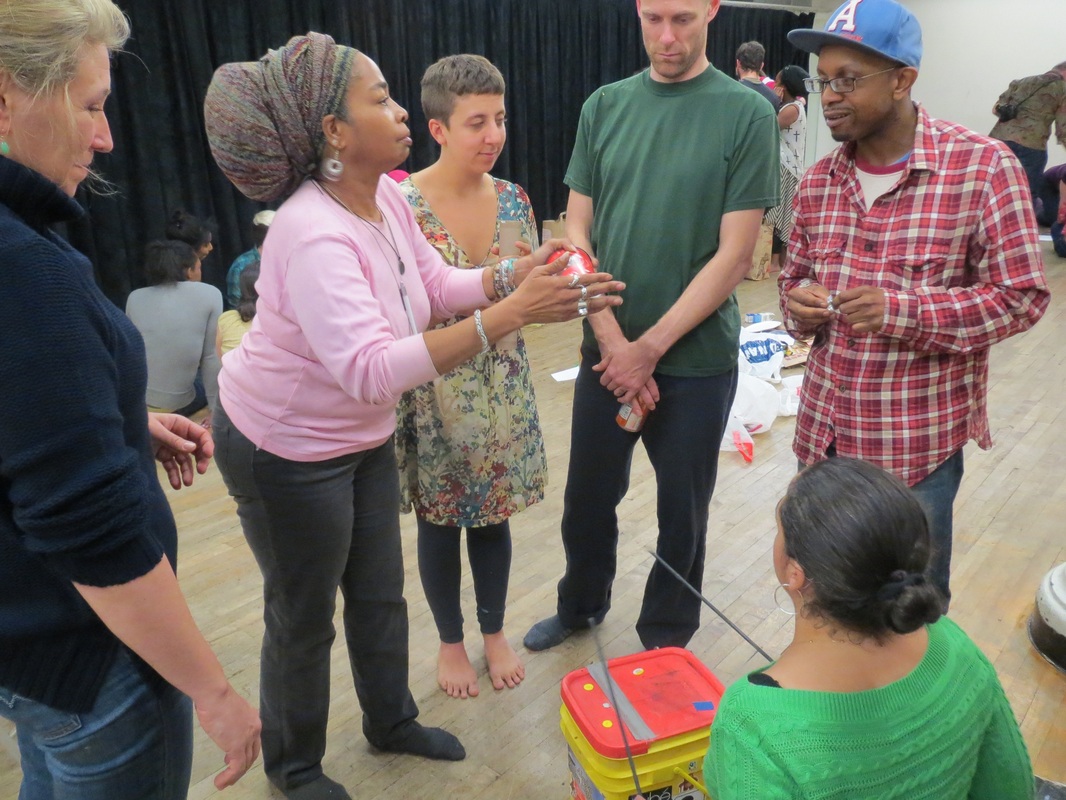 Geo Britto has been using forum theatre and Theatre of the Oppressed techniques for over twenty years in Brazil. In the early 90's he went to a workshop that Augusto Boal delivered in Rio and realised that Theatre of the Oppressed was what he wanted to do. Geo now helps run CTO-Rio (Centre de Teatro do Oprimido) the organisation that Boal set up in 1986. After New York I'm heading to Brazil to work with the team at CTO. This week, Geo teamed up with TONYC to deliver different workshops and training's to students and artists across the city.
To an audience of bleary eyed first year students at NYU, he talked about Boal's philosophy and the ethics and values that motivated him to push so hard for what he believed in. So hard that as a result Boal was kidnapped and tortured by the Brazilian military regime and exiled to Argentina in 1971. Geo told stories about Boal's time in Europe where he met a different kind of oppression to what he'd been used to in South America. In Brazil the oppressors were clear to see, they were the police out on the streets. In Europe, the oppression often came from within.