TONYC BEHIND THE SCENES: Alex and Andrew 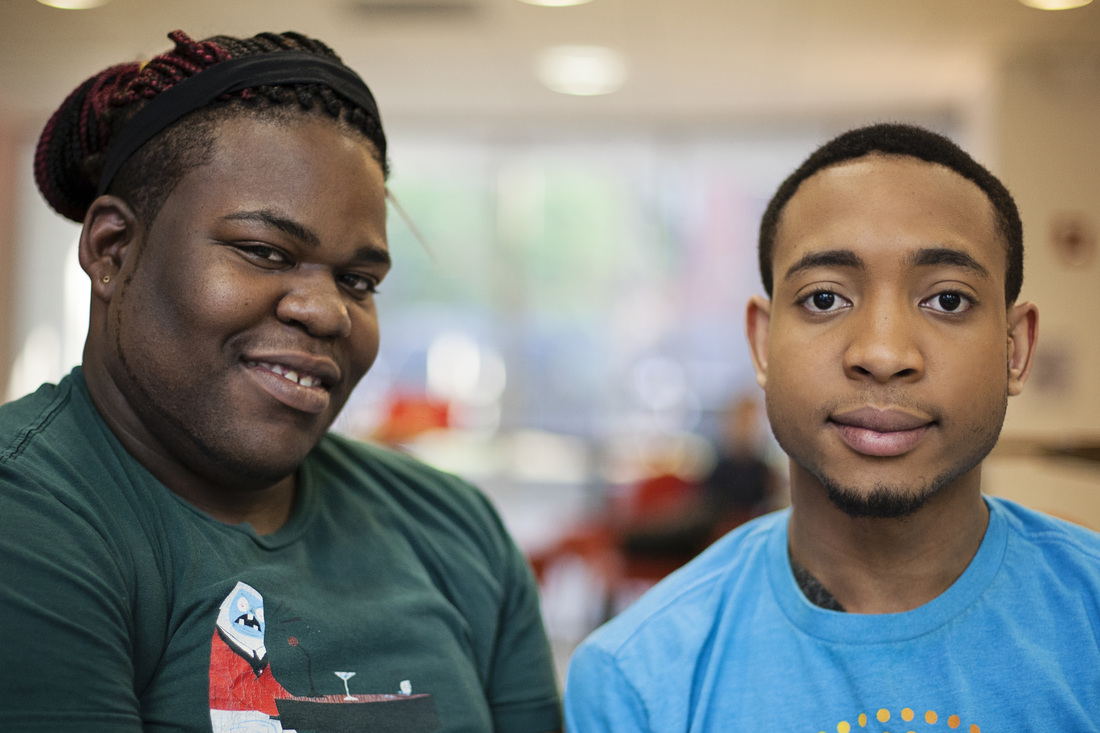 Alex and Andrew, two actors from Covenant House Troupe, discuss their first experiences with Theatre of the Oppressed NYC and the rehearsal process. This interview is part of a series conducted by Lance Richardson, in preparation for TONYC’s third annual Legislative Theatre Festival, Inside/Outside.

ALEX:  My name is Alex, and I’ve been at Covenant House for sixteen months. During the first phase of me being here, residents were told that a group called Theatre of the Oppressed was going to be coming in regularly, weekly, and that anybody interested in acting or performing could attend their workshops.

ANDREW:  My name’s Andrew, and I got involved because I saw one of the flyers. I thought, Ok, let me give this a try. Not thinking I would actually be liking it.

ALEX:  A lot of people came at first to see how it was, and from there we developed our interest even more. The Joker –– a person who moderates the whole group –– encourages us, when we start rehearsal, to first say our names so we get comfortable with each other. Then we tell our stories in groups, around a theme. Last year, domestic violence was a common theme through all the stories. There was also bullying, homosexuality. Those were issues we observed going on not just in our personal lives, but all around us.

ANDREW:  The part with the homosexuality: I was bullied mostly because of that. I didn’t grow up here. I grew up in the Caribbean, in Antigua. I was bullied for about four years going through junior high school. I couldn’t speak to my parents about it because my family believes homosexuality is a sin. They are very specific: ‘If you’re going to live that lifestyle, we’ll cut you off automatically.’ So I really had nobody to talk to about it until I moved here.

ALEX:  After everyone tells their personal stories, someone in the group chooses what people relate to the most. So if it’s four groups, there’s four different stories. And as the weeks go by it narrows down, until there’s one play. It’s not a single person’s story. That is why, as a team, we try to work together and be comfortable –– so your story could be my story.

ANDREW:  I came in with my story and it was difficult for me to go back to all those memories. It was hurtful because I really had nobody in my corner to help me. But by the end, I really felt more comfortable in myself. I didn’t care who knew, because nobody was going to stop me doing what I wanted to do. If anybody had a problem, I felt like I could tell them to go and kick rocks! Because you’re not going to stop me. You’re not going to tell me how to live my life.