To Know and Transform: On Legislative Theatre, Community Organizing, and making concrete change 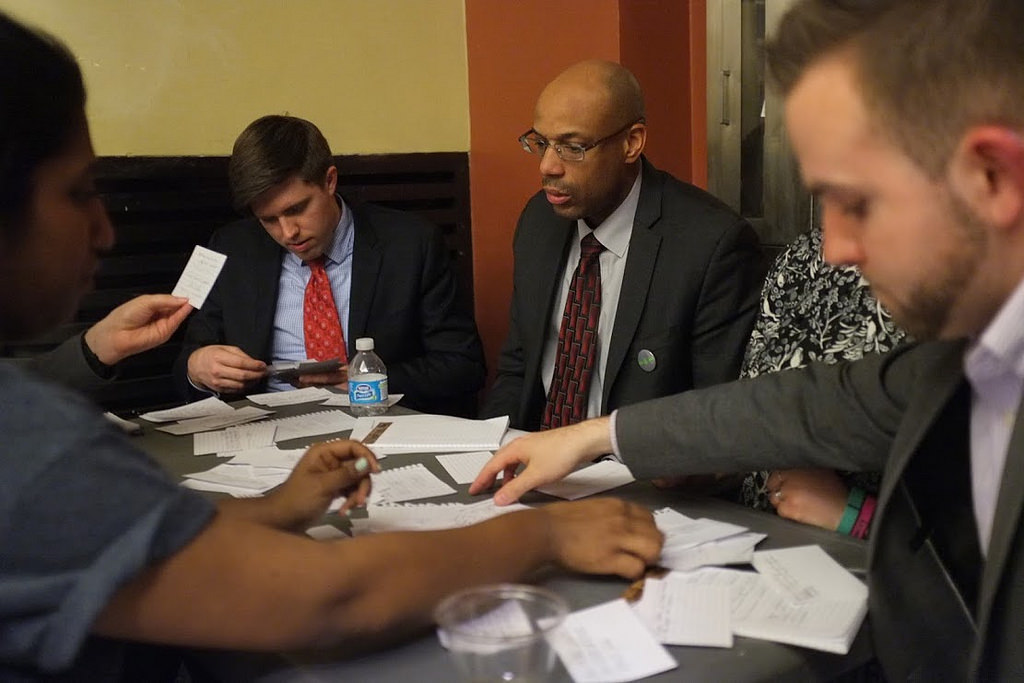 In a Theatre of the Oppressed forum play, nothing will change within the play unless spect-actors attempt an intervention. Legislative Theatre reminds us that nothing will change in reality unless we attempt an intervention outside of the play. And, this is why I came to NYC from across the country – I wanted to see theatre transform not just individual lives, but public policy.

The performances at the 2016 Legislative Theatre Festival “Housing Circus” were a burst of energy – the kind of energy that comes from actors truly knowing each other’s struggles and bringing those realities to the larger community. The two plays of navigating homelessness, bureaucratic systems and compounding layers of oppression made it clear the system needs to change. Next, policy proposals came forward with debate and a vote. Then, everyone witnessed policy makers and advocates express commitment to making a change reality. The night was over, but the process of organizing change was far from finished.

As a TO practitioner, I see a tendency for jokers to fall in love with the games, the personal transformations we witness (and personally have), the dialogues, the learning, the creative process and the possibility that another intervention is always possible. Our work as jokers is to support the spark of questions and ideas into action using theatre. However, the development of Legislative Theatre adds another layer of skills needed – organizing.

As a community organizer I know no matter how obvious it is that the policy needs to change, it takes a lot more work to make it happen. With 5 years of Legislative Theatre festivals, TONYC knows this, too. At the policy summit, organizers, jokers, actors & community members from the frontlines of the issues came together to formulate a strategy to move the proposals from the stage and into action. In a place as large and busy as NYC, it takes a lot of organized collective pressure to make change more than a performance. I saw TONYC use organizing tools to identify allies for the campaign with break out groups to hone creative messaging, rally planning and ongoing follow up with officials. I also saw a vibrant love and care for each other, which is also needed to support each other in a sustained campaign.

Witnessing the Legislative Theatre festival was a great reminder that TO was designed, in the words of Augusto Boal, “to know and transform.” I’m excited to continue following how TONYC transforms reality and to continue working with others in Washington state who are taking action in this political moment with both the tools of Theatre of the Oppressed and collectively organized demands for concrete change.

Sarah Stockholm is a Theatre of the Oppressed practitioner, community organizer and cultural worker. She works to support cross-movement building, political education and creative action with Art Forces and Olympia SURJ in Olympia, WA.