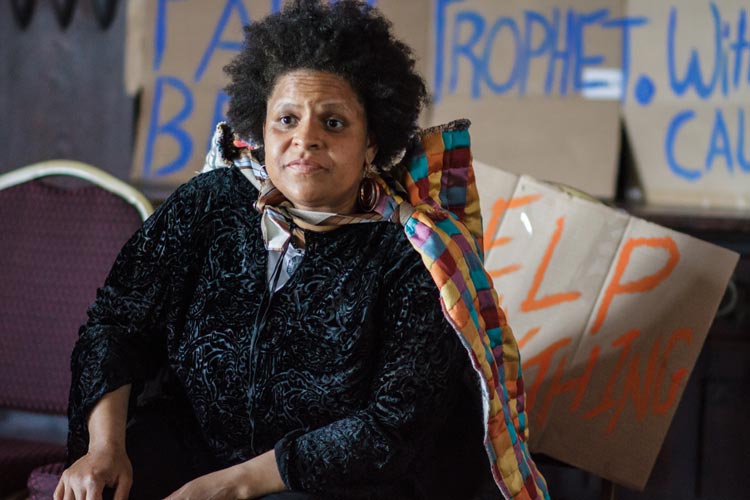 The Housing Circus  performed last week at Word Up Bookstore (Washington Heights) LaunchPad (Crown Heights, Brooklyn), the New York Society of Ethical Culture and for a freshman class at Baruch College. The Housing Circus tackles the transitional housing system in this hilarious, entertaining and poignant circus, based on the actors' own experiences. One of the actors, Maajidah Newbold was featured in the Manhattan Times New Paper; Circus Built From Concrete Theatre Troupe Presents New York On Homelessness Story by Sherry Mazzocchi. Read on for an excerpt from the story.