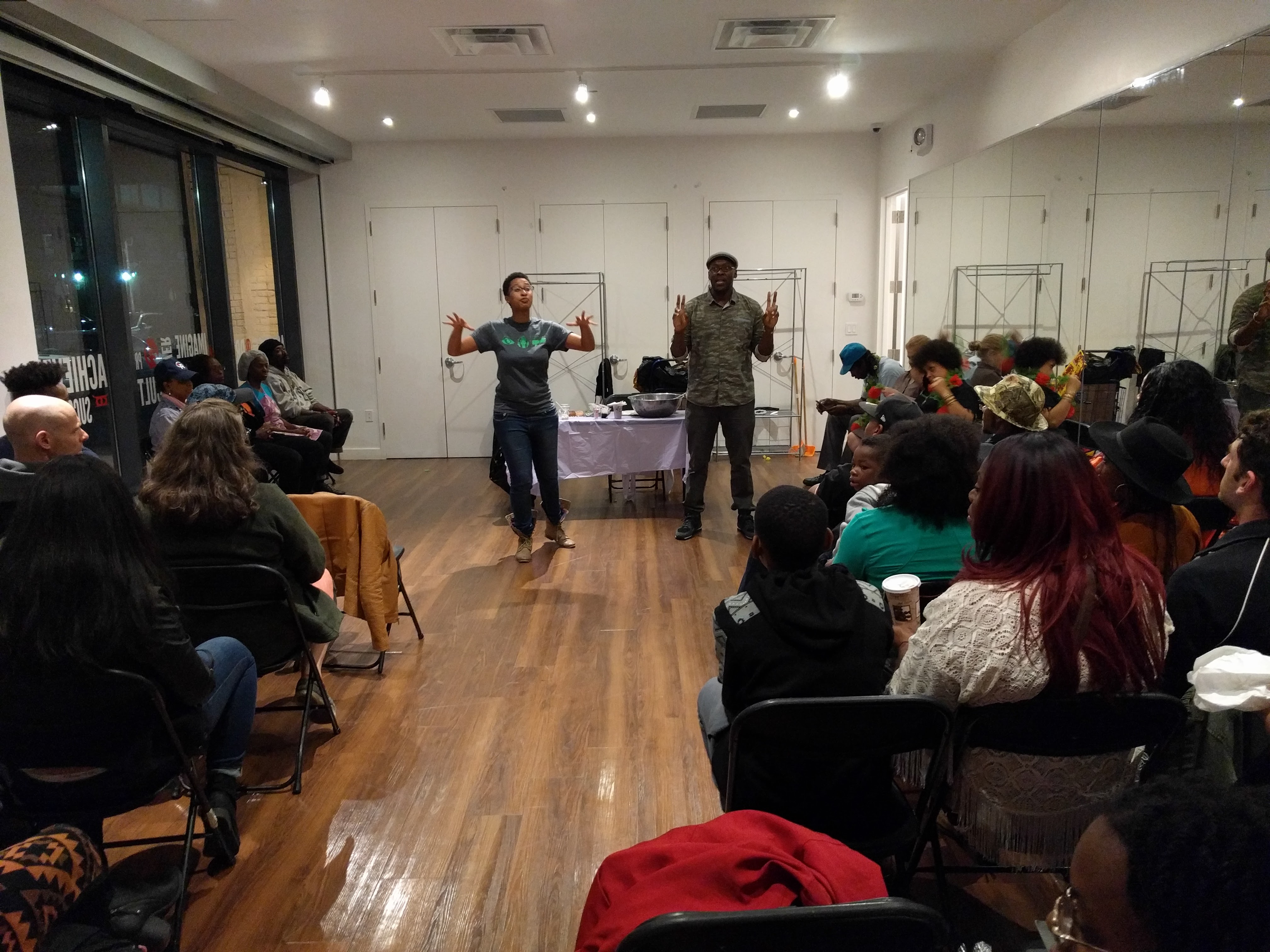 On Friday, we brought Harlem to East New York for a special performance of Homestead Instead: Reclaiming the Dream, a fabulous and fun forum play addressing homelessness, housing, gentrification, and homesteading, created and performed by Concrete Justice!

We had a terrific time at the beautiful new Arts East New York space, and we were so grateful to be able to bring this conversation to the Arts East New York community. Huge thanks to the awesome actors and Jokers, our volunteers, and of course, the spect-actors, for sharing a wealth of ideas and resources!

Some audience interventions included Halimah and her son both taking on the role of Teresa, a veteran who was kicked out of her home by her family. She sought assistance from a Homeless Shelter but was given very little help. In each intervention, the spect-actors confronted the shelter intake worker for not being more helpful. Another intervention was by Brother Paul from East New York who tried to meet the intake worker where he was at, noting that they're all part of the same system. The final intervention tackled a scene where a man was illegally evicted from his apartment. The spect-actor reached out to someone who works at the Department of Homeless Services to ask about the legalities of the eviction. She was informed that the landlord's actions were in fact illegal and was then directed to contact tenants' rights groups for legal assistance and to demand to enter her home.Including reaching out to DHS, other resources to address gentrification and housing insecurity noted by the audience included getting in touch with District 42 Council Member Inez Barron who is working on housing issues all the time; her staff will connect you to Human Resources Administration and Legal Aid.

Additionally, there is a bill in the works for Tenants' Right to Council, and you can call your own council member to urge them to support it! In East New York, there is the Coalition for Community Advancement, who are working to get the city to commit to creating more affordable housing. NYC's Area Median Income is calculated to include wealthy areas like Westchester, which skews the calculation of "affordability," which actually makes "affordable housing" unaffordable for East New York residents. One way to combat NYC's unfair AMI calculation is to contact your federal representative, specifically Hakeem Jeffries and Nydia Velasquez, and ask them to enforce the Fair Housing Act of 1968. Check out Center For Urban Pedagogy's guide to Affordable Housing in NYC for more info!

Were you in the audience and didn't get a chance to mention a resource or bit of advice? Take a few minutes to complete our online feedback form. If you didn't get a chance to make a donation, you can still do so now – help support FREE performances. And be sure to save the date for ACTIVATE, Theatre of the Oppressed NYC's annual celebration & fundraiser on Thursday, October 27th, 2016 at Downtown Art. 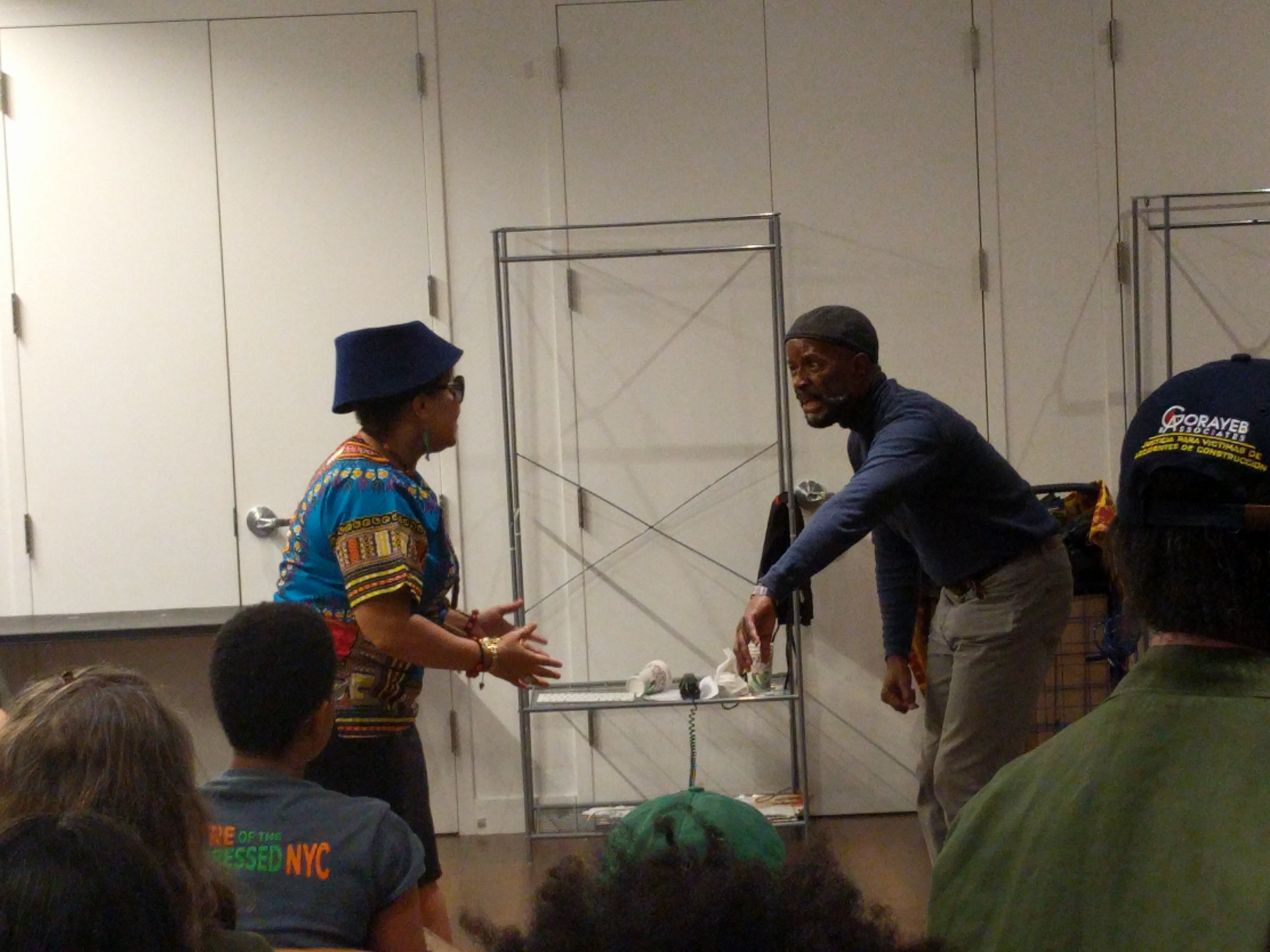 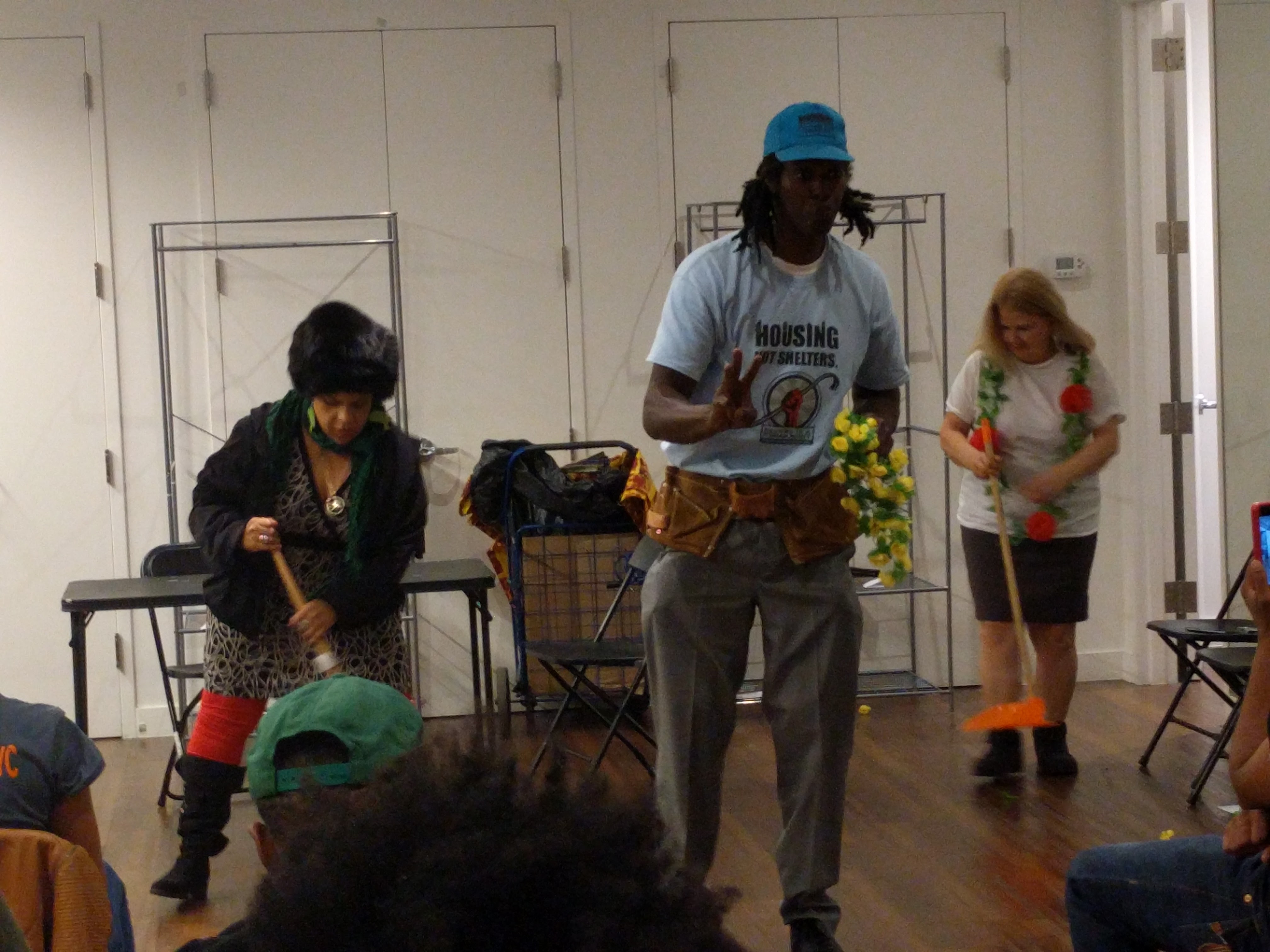