Our Work Is Not Done 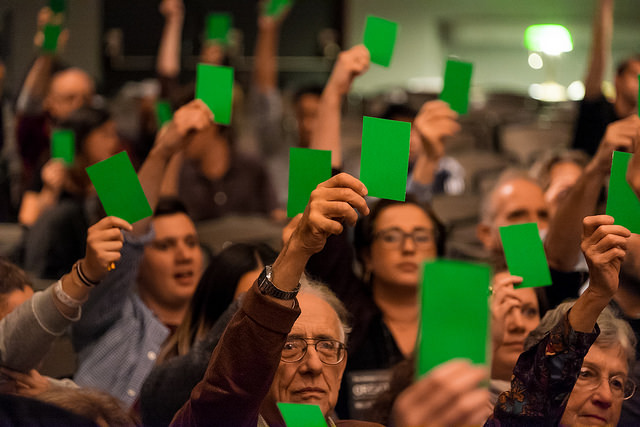 Thank you to everyone who participated in Inside/Outside, the 2015 Legislative Theatre Festival, whether in the theatre or remotely!
Over the course of two evenings, 500 “spect-actors” collaborated with partnering advocacy organizations to generate five proposals in response to our troupes’ plays, which were presented to the attending legislators and voted on by actors and audiences. On the final day, workshops by Participatory Budgeting NYC, Arts & Democracy and Community Voices Heard trained community members in other forms of creative civic engagement.

Our work is not done. TONYC will pursue the proposals created by the festival, and here are our next steps: