Also in the rat scene Bill jumps into his son’s arms in fear. The audience had some great reactions during the show as well when the lawyer’s secretary kept bringing in files, it was a person in the audience that said “It be like that for real.” 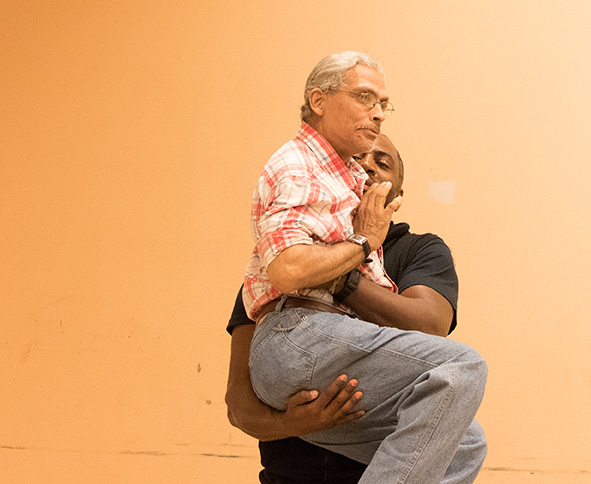 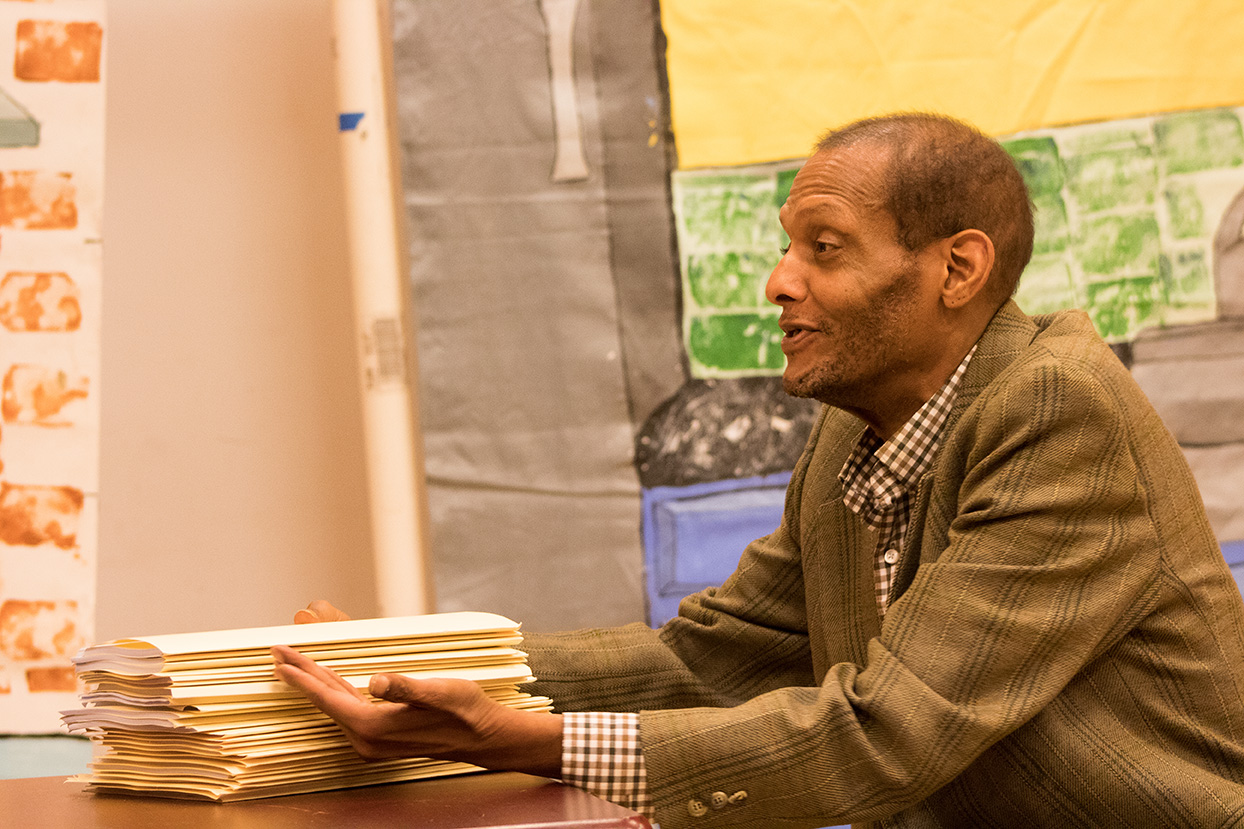 Forum theatre is theatre the involves a conversation with the audience to circulate ideas. This is important to Theatre of the Oppressed NYC’s work because we get the audience’s opinions on what they saw and their opinions on solutions and alternatives to the problems in a show — an audience member comes into the play as one of the characters but they are trying out an idea to try and change the outcome.

INTERVENTIONS from the October 5 show:

#1. The spect-actor played as the character of Bill and they tried to be more aggressive. This first intervention was similar to the original part because aggression didn’t help in the first seen so being more aggressive to the super makes the super listen less. 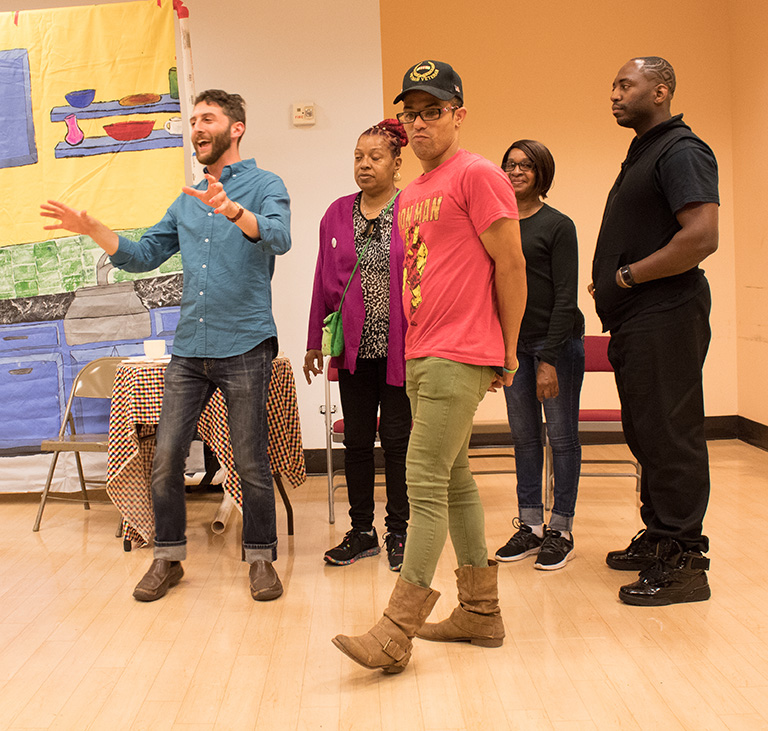 #2. The spect-actor played as BeBe and they tried to prove that it wasn’t them that signed for the summons because they was at work.They made it so that they had solid evidence to show housing court that  they missed the date because they didn’t get the summons. The actors were surprised to see this action because no one really thought of that as a way of helping. 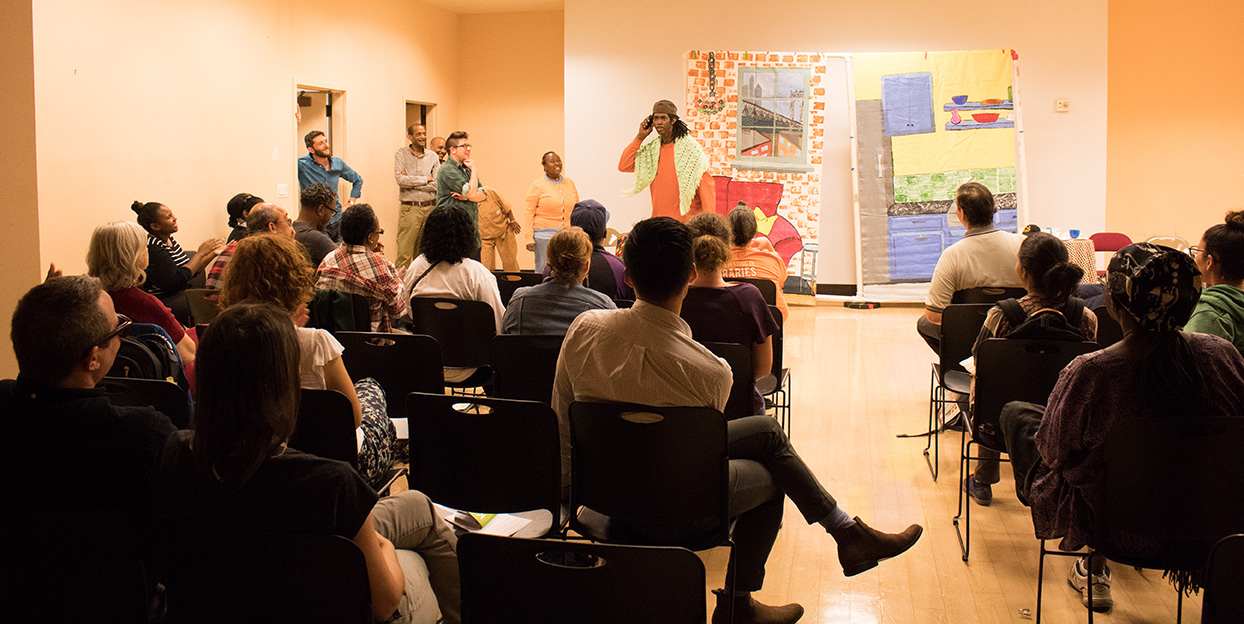 #3. The spect-actor played the character of Linda, BeBe’s daughter. They tried to make sure their mother was more confident around the landlord so she brought out their lease and when the landlord wouldn’t leave, the spect-actor recorded her.It was a unique choice to play as this character because someone might think a 15 year old can’t help the situation but this intervention showed that a 15 year old can help support their parents when they’re scared because this person playing Linda was a strong support and ally for her mother in a hard time.

#4. The spect-actor played the superintendent and they told the landlord that they just can’t do the illegal jobs that she was asking.The landlord used her power against the super and kicked them out and fired them because they wouldn’t do the job. This was an unfortunate outcome for this intervention.

The spect-actors helped us come up with some some useful ideas on how we can approach these problems. With Legislative Theatre, people can take the ideas from the interventions and have a conversation on what big picture policy and organizing proposals work and then get government representatives to act on it. This is useful because its ideas from the people put into real action.

You can participate in the process and help shake this system up with us on November 29, at Brooklyn Borough Hall!