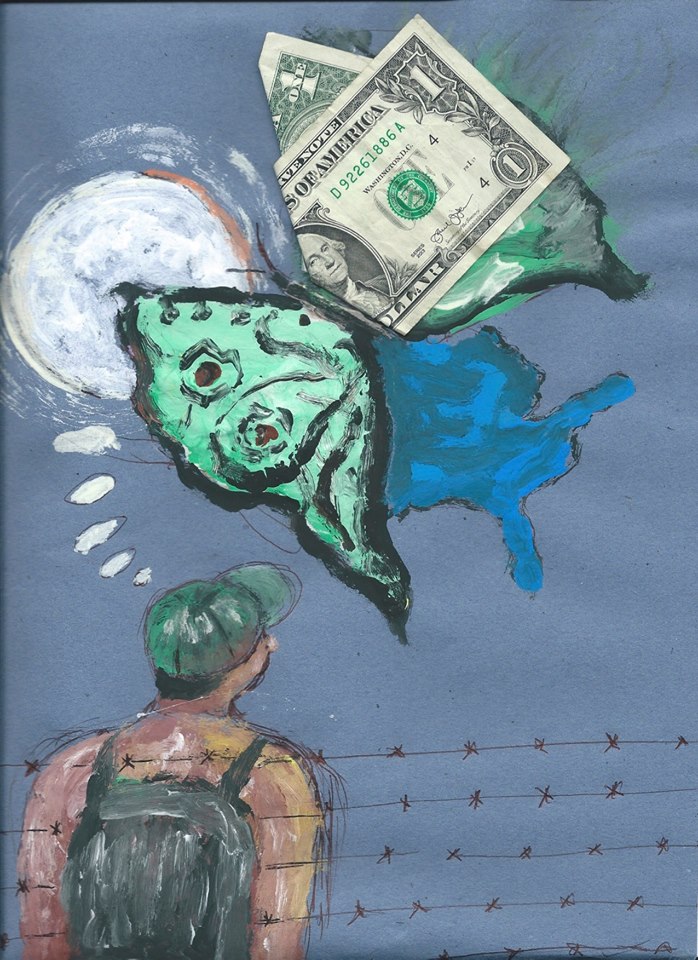 Theatre of the Oppressed NYC presents the first event of the 5th annual Legislative Theatre Festival, May 7th, 2017 at the Queens Museum. RSVP here!

Make creative policy change with a performance by El Grupo de ACQC (AIDS Center of Queens County Troupe), a performance troupe made up of adults, all men, who are recent immigrants. The troupe performs in Spanish and English, and addresses topics including immigration, homelessness, policing, and labor rights. At 1pm, join us for an Advocacy Fair with community partners and activists. At 2pm, watch original plays based on actors’ lived experiences, act onstage to brainstorm alternatives via community action and public policy, vote with representatives from City Council, the Mayor’s Office and other elected officials to carry these ideas forward, and get activated with post-show breakouts and brainstorms! This Legislative Theatre session will be performed and facilitated in Spanish and English. This event is wheelchair accessible.

This performance, El Sueño Américano. ¿Cuánto vales? El precio de ser un inmigrante, tells the story of men forced to leave their countries (Colombia and Mexico) to seek work in the U.S. to support their families. 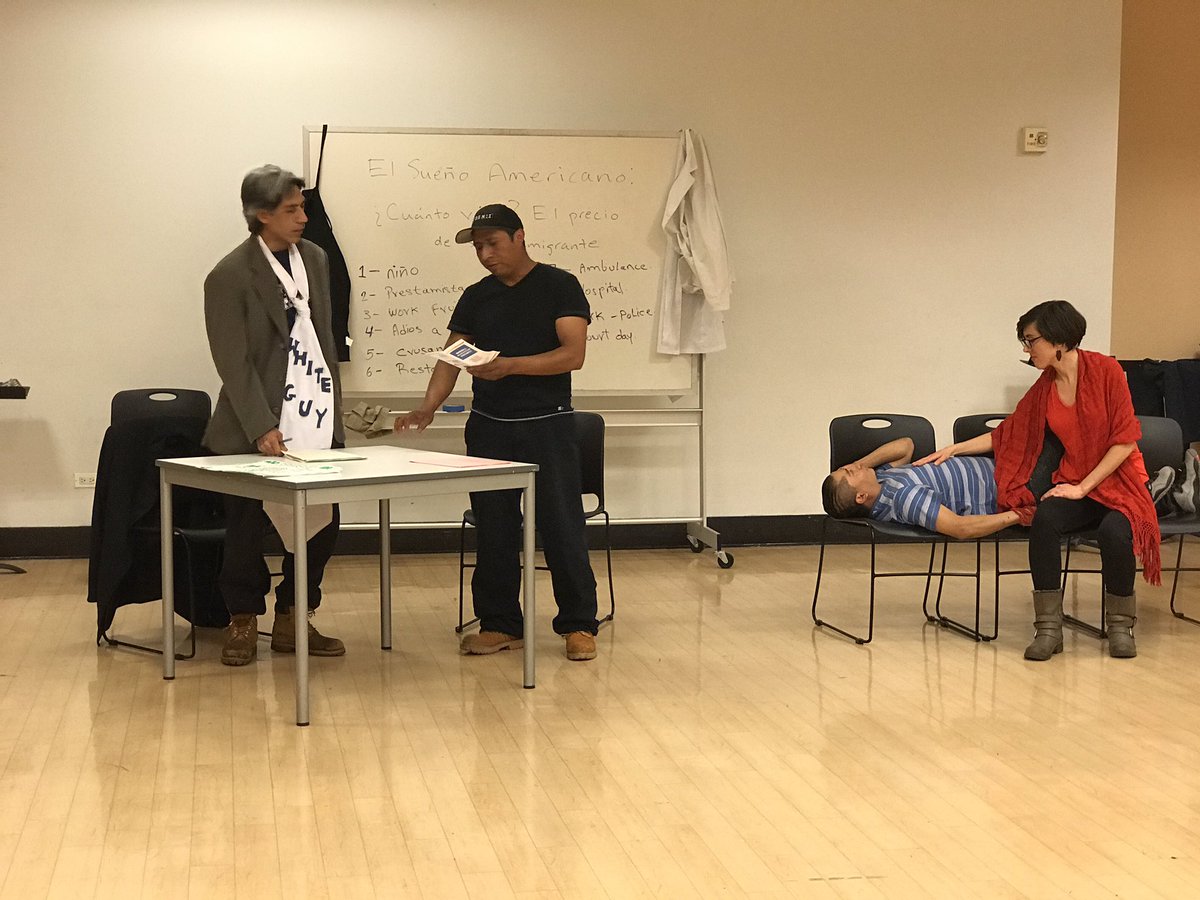 Once they cross the border, they get work in a restaurant but are treated badly and eventually their wages are withheld; they leave. 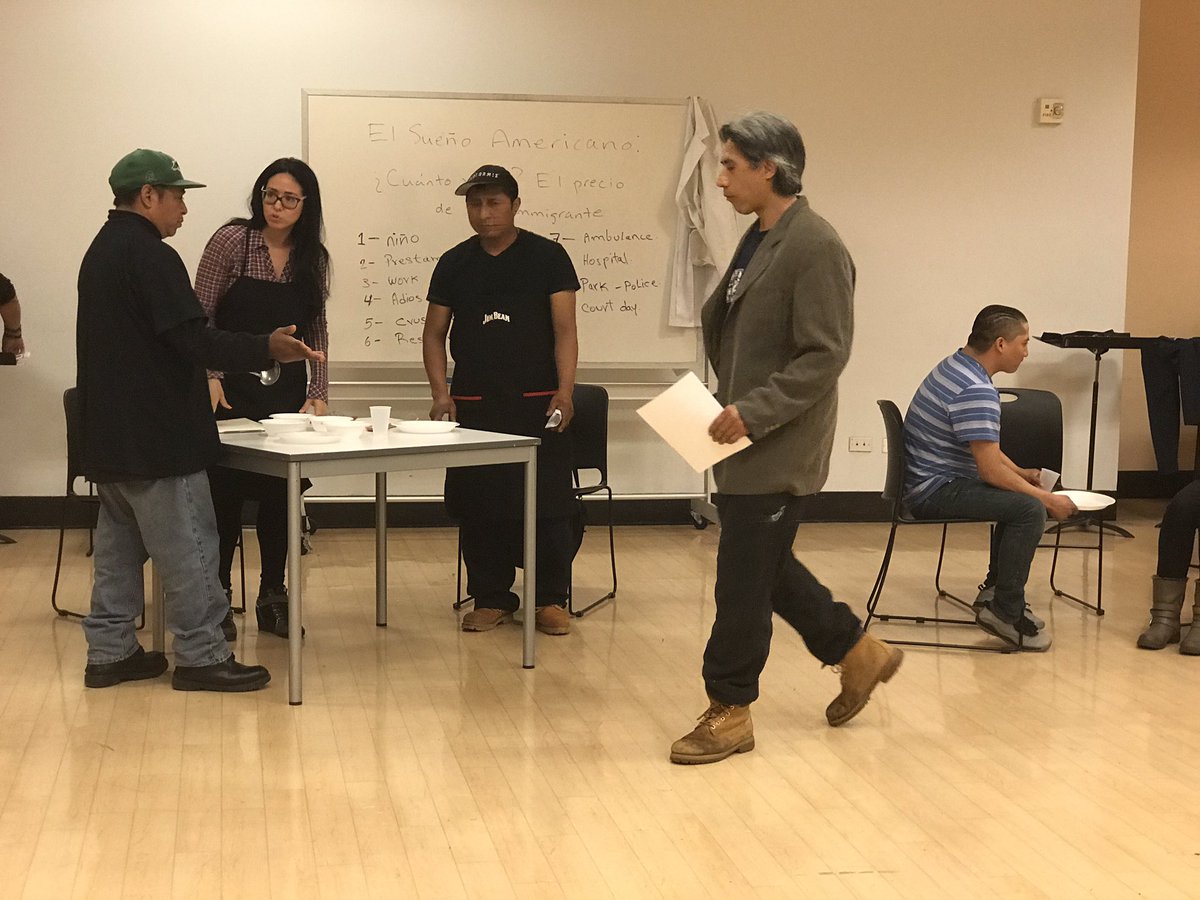 They become homeless and are arrested for sleeping in a park; 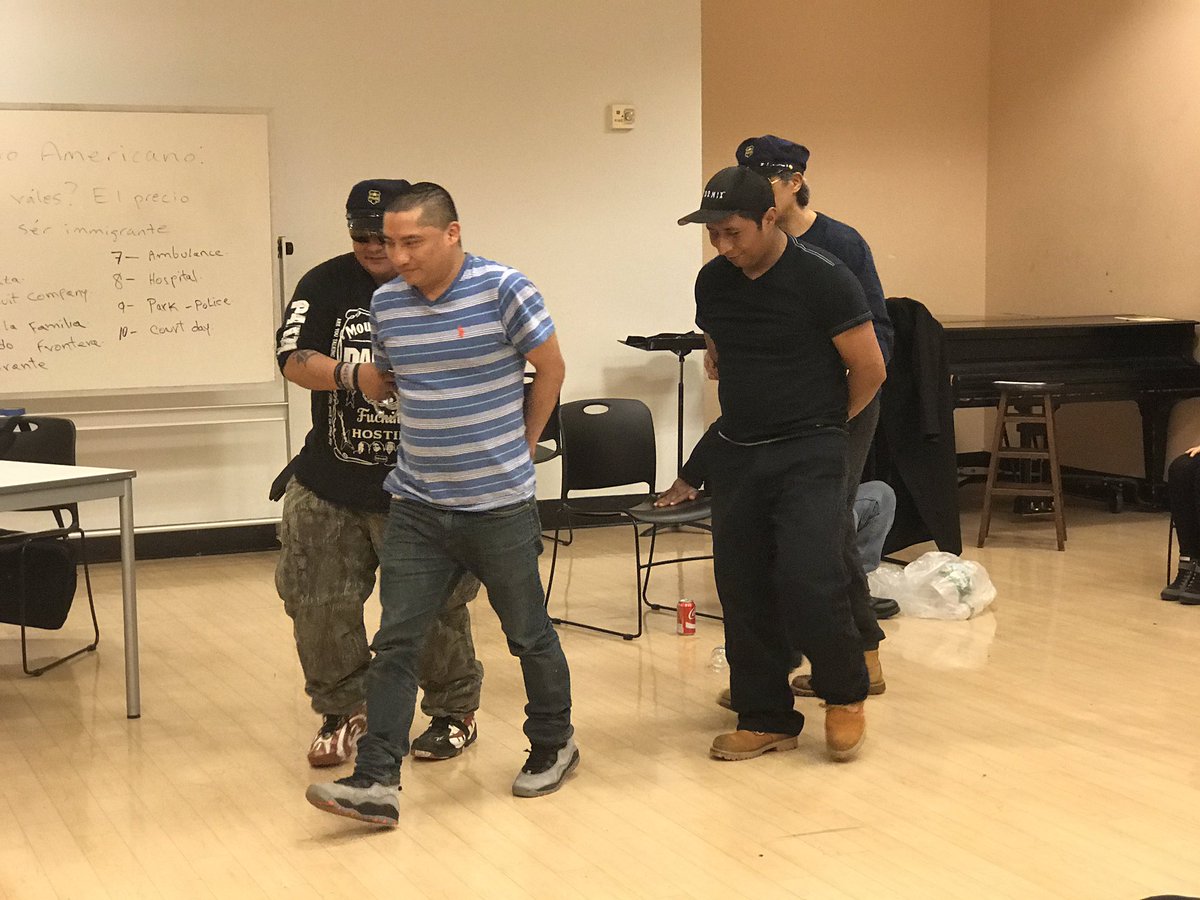 one is deported and another is allowed to stay, although he's given a big fine. 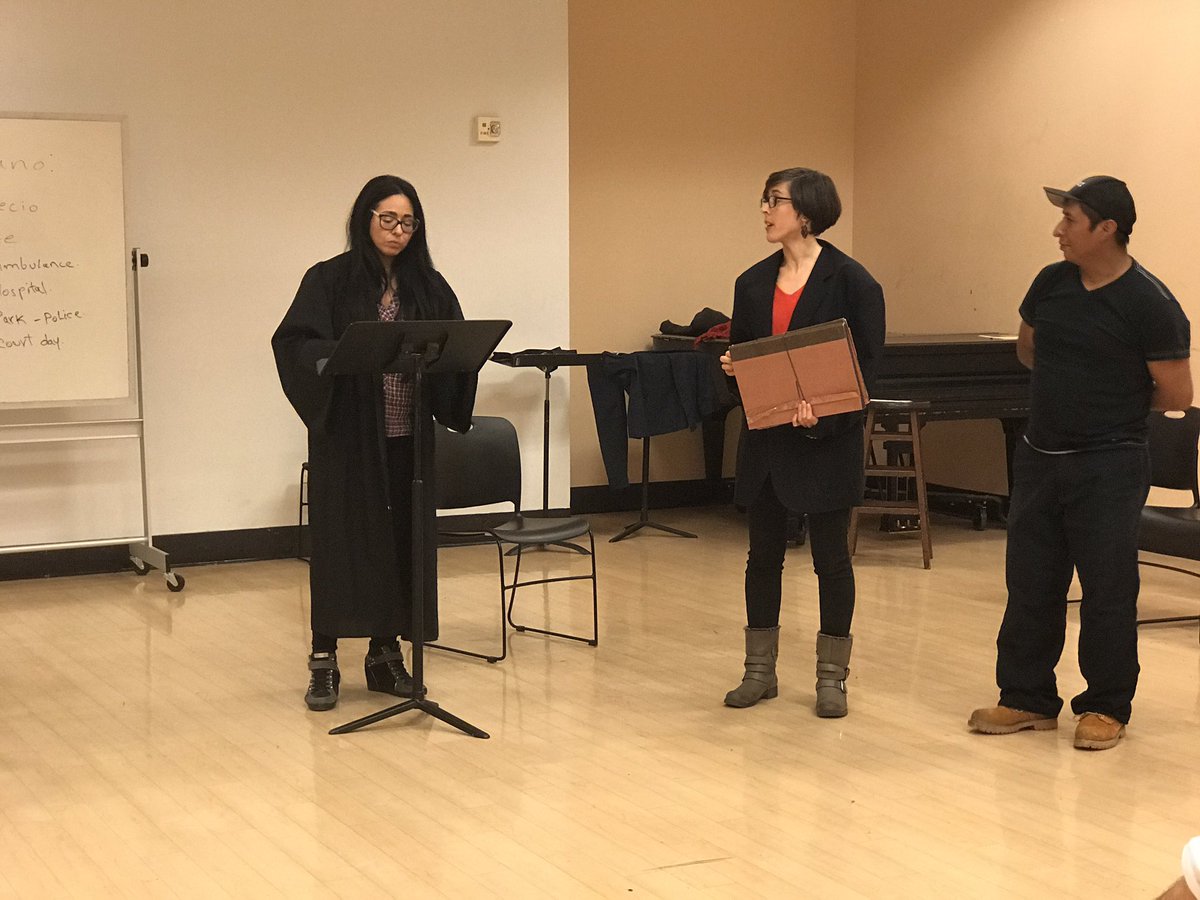 In the last scene, he gets in an accident in the street, takes himself to an emergency room and is made to wait there for hours without treatment, because he is without insurance. 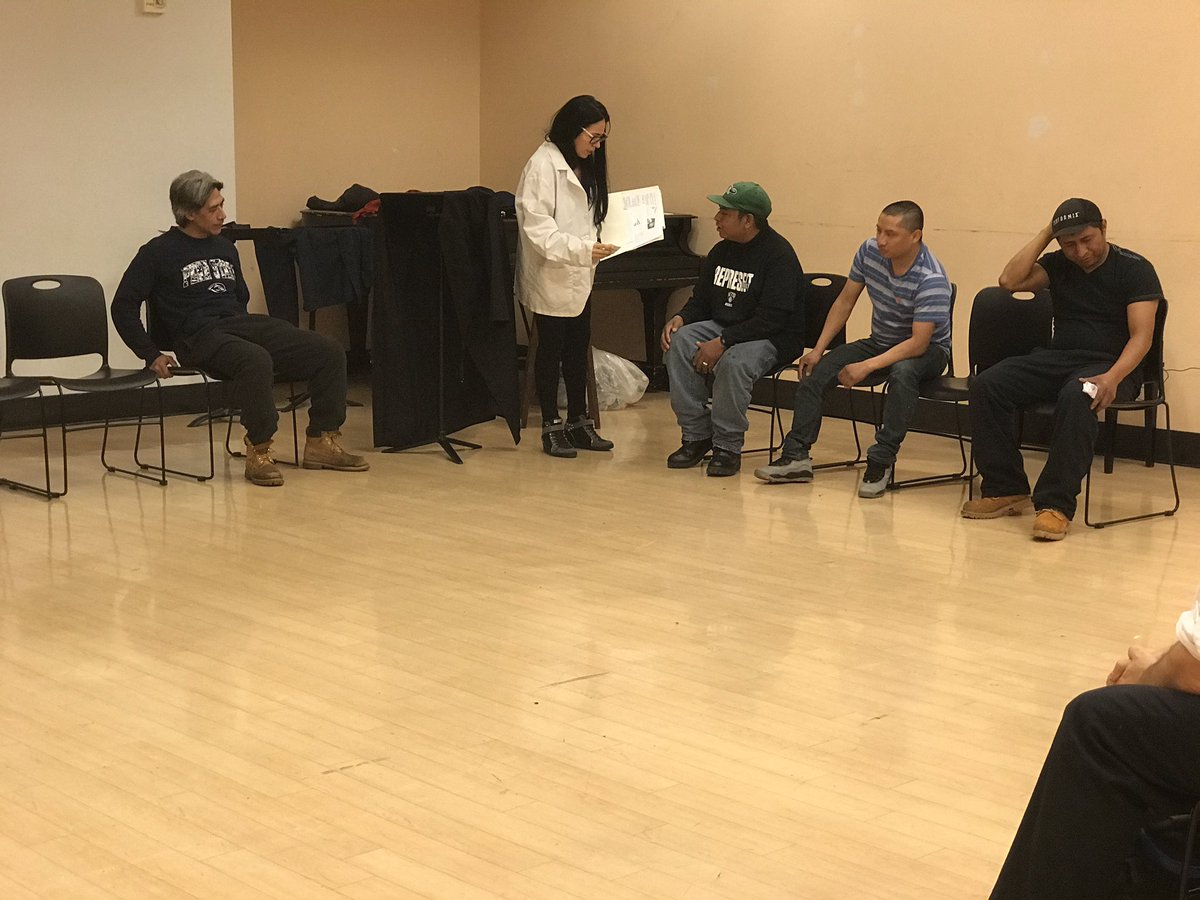 We’re so excited to team up with the Queens Museum to host this event. The Queens Museum actively advocates for art and critical thinking as a tool for positive social change, and supports and initiates projects and programs that are inspired by actively listening to the needs and aspirations of the community. They believe that art can shift the ways in which we experience our world, and therefore art, artists, and cultural institutions have a powerful role to play in society. We’re thrilled to have them host our Queens event.

Our troupe partner organization, The Aids Center Of Queens County, (ACQC) is the largest provider of HIV/AIDS services in the borough of Queens, serving over 8,000 HIV+ clients and 30,000 community residents in five sites throughout the borough. Their services include case management, harm reduction and syringe exchange program, health education and prevention services, housing services, legal services, a licensed mental health clinic, and a food pantry program. Their services are provided at no charge to their clients.

For our Advocacy Fair one hour before the performance, we’ll have representatives from New York Civil Liberties Union, LatinoJustice, Mayor’s Office For Immigrant Affairs, National Lawyer’s Guild, Rider’s Alliance, NYC Community Board 11, and The Legal Aid Society joining us to table.

Michael Sisitzky is a policy counsel in the Advocacy Department with New York Civil Liberties Union. He leads the department’s police transparency and accountability campaign, and his portfolio also includes work in the area of privacy and technology. Before joining the NYCLU, Sisitzky served as a staff attorney with Immigration Equality, where he provided direct representation as well as administrative and legislative advocacy for LGBT binational couples, who had few options for being together in the U.S. until the Defense of Marriage Act was declared unconstitutional. He was a frequent speaker on LGBT immigration issues, having trained several hundred attorneys and activists on best practices for working with LGBT immigrants, and he has contributed to reports by CNN, MSNBC, and a publication by the American Immigration Lawyers Association.

Natasha Lycia Ora Bannan is an Associate Counsel at LatinoJustice PRLDEF, focusing on working with low-wage Latina immigrant workers as part of the LAW (Latinas at Work) initiative. Natasha has worked on gender and racial justice issues, including access to reproductive health, sexual violence and violence against women in conflict zones. Prior to joining LatinoJustice PRLDEF, she worked in the International Women's Human Rights Clinic at CUNY School of Law and the Center for Reproductive Rights, and graduated from CUNY School of Law, where she was Editor-in-Chief of the CUNY Law Review and a Fellow at the Center for Latino/a Rights and Equality. Natasha is President of the National Lawyers Guild, the nation's largest and oldest progressive bar association, and Co-Chairs its Subcommittee on Puerto Rico. Natasha has authored several articles on gender and human rights and is barred in the states of New York and New Jersey.

Kathryn Kliff is a Staff Attorney and former Equal Justice Works Fellow  with the Homeless Rights Project at The Legal Aid Society in the Bronx Neighborhood Office. She represents homeless families on issues related to the right to shelter, including eligibility denials, disability accommodations, and shelter-related impact litigation. Before law school, Kathryn was an Executive Fellow for the California Department of Education. Kathryn received a J.D. from New York University and a B.A. from Stanford University.

Stay tuned for more information, and we can’t wait to #WatchActVote with you next month!