We must take action 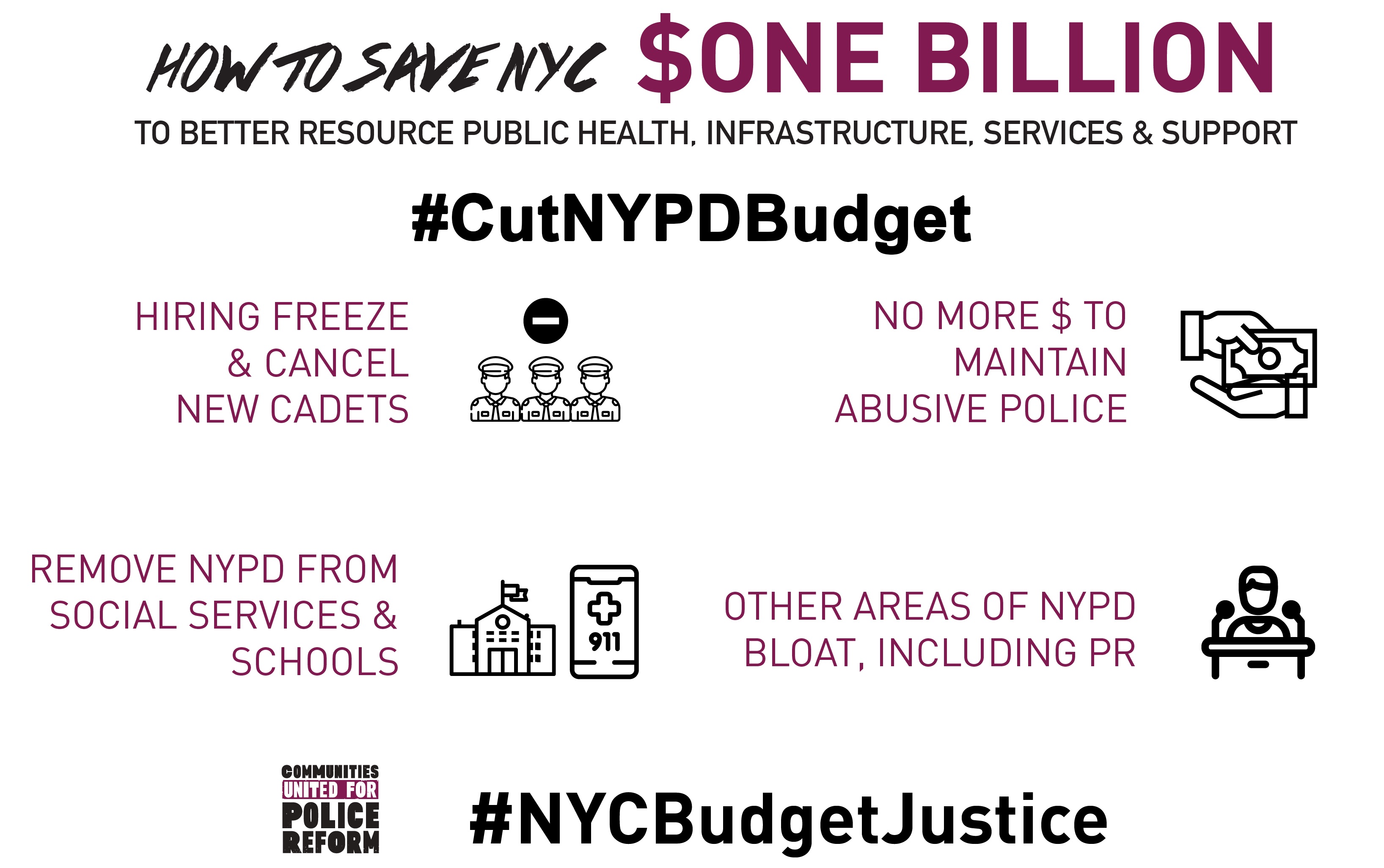 Today, we honor the momentous outrage in our city, as the police continue to end Black lives. We are torn between wanting to hold space for Black grief while simultaneously being called to urgent action. We look back on a week of protest, organizing, days of reckoning and statements of solidarity. As we engage the many tactics to disassemble white supremacy, we have a task today: to ensure concrete change in response to the discriminatory and abusive policing by the NYPD.

We call on New Yorkers to take action. Here's some steps:

Today, call and email your state representatives to urge them to vote for the #Repeal50a bill, end police secrecy, and address the systemic lack of accountability for officers who engage in misconduct. Insist that they repeal the #WalkingWhileTrans law.

Use scripts to call and email about repealing the #WalkingWhileTrans law.

This week, demand that the New York City Council #DefundTheNYPD’s $6 billion budget, and fund the recovery of our communities.

Toolkit for calling your councilmember: Defund the NYPD 2020

We heed and amplify the calls of organizers at Communities United for Police Reform, Brooklyn Movement Center, BYP100, Make the Road NY, The Justice Committee and the Movement for Black Lives. We are here for organizers to call on our facilitators and actors to support and amplify your work.

We demand a future where Black creativity thrives.

The team at Theatre of the Oppressed NYC