How Do We Get Right? Part 1 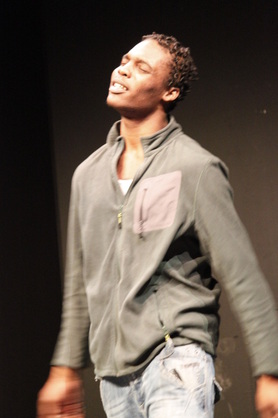 "How do we know that you're going to take this program seriously?"

Those are one of the first words that I remember the case coordinators said to me the first day I stepped foot into the Queens Justice Corps (QJC). At the time I didn't feel like I had a sufficient answer; my plans were to go to college for screenwriting, and I was told that QJC will help me accomplish that. I remember the case coordinators being worried that I wasn't going to be dedicated to the program because I was so focused on other things that seemed farfetched. Luckily for me they still decided to take a chance with me, and I became one of twenty four other young people starting a new path to progress.The beginning was rough. I was in a quiet room full of strangers, and a lady I’d never met before was trying to force us to eat the breakfast they bought, so that it wouldn't go to waste. She introduced herself as Tenaja, the director of the program; and she told us as that we were the fifth group of young people that had been a part of QJC's mission to help youth that had prior legal issues find success in this world. We were cohort five, and we would all be working together within the community, and there would be many benefits from doing it. Somebody asked how much we would be getting paid; and when we realized it would be less than minimum wage, you could literally see the disappointment in our faces.

A couple of weeks go by, and we started working in the community just as Tenaja promised. By this time some of us started to become familiar with each other. Some realized they went to the same school before, or they used to live in the same neighborhood, or they had mutual friends. As an introvert who has moved around most of my life, I stuck to myself because I felt like I didn’t have anything in common with any of the members of my cohort beside the fact that we’ve all had previous legal trouble. We worked in the Afrikan Poetry Theatre in Jamaica, Queens. We did multiple things to help bring life back to  the place from heavy lifting, sweeping, painting, and even shredding unneeded papers. Our cohort already started to lose members.  Some people thought that we were doing too much work for too little money, some didn’t want to work at all, and others thought they were going to receive a shortcut to success, but quit when they realized they actually had to work for it.

Our last project for the community was to perform in a play. The play would be showing our hardships in life from being a minority while living in a prejudiced country. This is how I was introduced to Theatre of the Oppressed NYC (TONYC). Even though we were in this program to improve ourselves, life was still going on, and all the problems that come with it. It started to be less and less people that would show up to QJC, and even less people participating in the activities that were being offered. At first there were questions about if the play would be successful with people showing up inconsistently, and others not wanting to participate. Times became hard for me as well. There was discord in the house I was staying at the time, and I was eventually forced to get out of the house. I didn’t have stable housing, and even considered quitting the program myself. How was I supposed to work together with my cohort  in a play in front of a bunch of strangers, if I didn’t even have a place to live?

My confidence was never all that high, and because of my situation, it was dwindling even more. I approached a couple of the staff at QJC and asked for advice; I told them that I was considering quitting the program to find ways of obtaining stable housing. Every staff that I talked to recommended that I shouldn’t quit the program. They told me I was one of the good ones, and that I was needed there. That helped rebuild my confidence a bit, so I decided to stay and give it my all. It couldn’t hurt. I started interacting more with what was left of cohort five, and made a few friends. We started seeing some progress in our play, which inspired us to work at it even harder. Me and a friend even decided to write a song about the play to try and make it more impactful.

It was finally time for the first performance of our play “Can’t Get Right,” and we were going to perform it at the newly refurbished Afrikan Poetry Theatre. The play was a success! Everybody that was a part of the play showed up, performed, and had fun doing it. Afterwards, we had some people walk up to us and compliment us on our performance. This gave me a feeling like none before. We actually worked together, to create and perform a play that the audience enjoyed just as much as we did. My confidence was finally starting to come back; I was still in the same situation, not knowing if I’ll have a place to sleep for the night or not, but working together with QJC and TONYC made me feel a little better about the situation.

Me and my cohort now felt like we were on a winning spree. We had refurbished and performed at the Afrikan Poetry Theatre--all we had to do now was perform at John Jay College. We thought that couldn’t be too hard, we just did a performance, and we knew we could do it again. The day of our second and last performance of "Can't Get Right" was upon us, but things were not going the way they were supposed to. Only about half of the performers showed up at QJC that day, and by the time we left to go to John Jay College, the numbers were even less. Once at the college, it was time for rehearsal, but there was one major problem. The actor that was performing one of the biggest roles was nowhere to be found, and attempts at contacting him were unsuccessful. How were we going to get right?