Read a recap of the Ali Forney Center Theatre Troupe's Get Out: Homeless Edition, by our Communications & Design Apprentice, Gariyana! 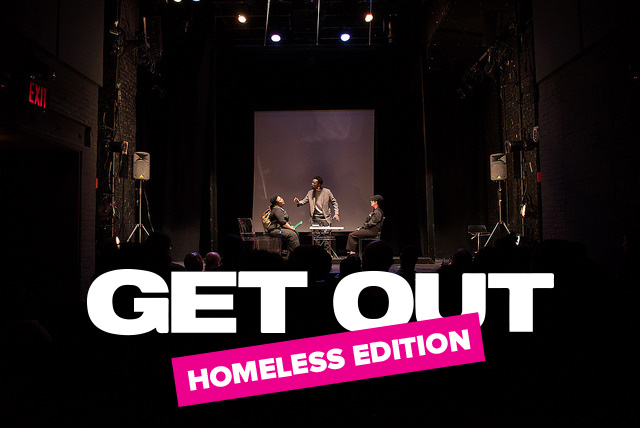 I’m Gariyana Williams and I’m a Joker in training, and Communications & Design apprentice at TONYC.

Get Out: Homeless Edition was about LGBTQ homeless youth being neglected and not listened to. I enjoyed working the show because the AFC troupe members were welcoming and seeing different troupe performances is always interesting. Also being able to take part in the process outside of just performing was cool. It was almost a full house and the audience was active, engaged, and had priceless reactions like when the audience had a laugh when the grant donor held the clipboard that said “The Y’all R Broke Foundation.” 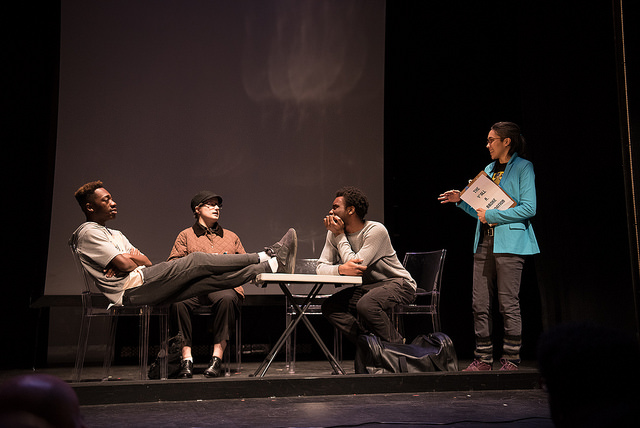 Lois Fundsberry, a visitor from the shelter's funder, comes to do a site visit.

What happened in the interventions?

Intervention 1: The first intervention was the school scene and instead of the students just letting the school dismiss them, the spect-actor brought in family support to back them up. I felt like the idea of support is a great idea but I also was thinking not everyone has that support system behind them.

Intervention 2: The second intervention was at the homeless shelter and instead of leaving whenever the shelter staff said so (a process known as “By Appointment Only”), the person stood up to the staff and refused to leave until someone answered their questions about resources.This intervention made me feel like maybe I can help the unheard speak out too because just by one person standing up and speaking out it gave everyone else the courage to do the same.

Intervention 3: The last intervention was at the shelter but with the foundation donor. In the original scene The LGBTQ youth were being used to make a show for the people with the grant money so they can look like they’re productive. In the intervention the spect-actor played as the shelter staff and they protected the youth instead of exploiting them for money. I was shocked when this audience member protected them because not everyone would put someone else before their job so seeing someone put moral over money was refreshing to see.

The end of the show felt like an accomplishing moment because the show had a good turn out and good ideas came out in the discussion. This night was a true learning experience and the more I get involved the more I become interested in the process of forum theatre.

Just working one job, outside of performing, was an experience and I want to try all the different parts to working as Front of House staff.  Seeing the different plays opened my eyes about the problems other people actually face and how can we put an end to these problems.