This week we gathered for our bi-monthly Tune In & Turn Out event at Judson Memorial Church to kick off the Ali Forney Center Troupe's month long tour of Trap, a forum play addressing harassment towards queer, trans, and gender nonconforming homeless youth.

We had a packed house, including representatives from The New York City Anti-Violence Project, Apicha Community Health Center, and Riders Alliance NY. The night was opened by a performance by the Full Moon Choir, closing their set with an original protest song where we all joined in singing "we are strong together, we are loud together, we are one together, we will fight together." 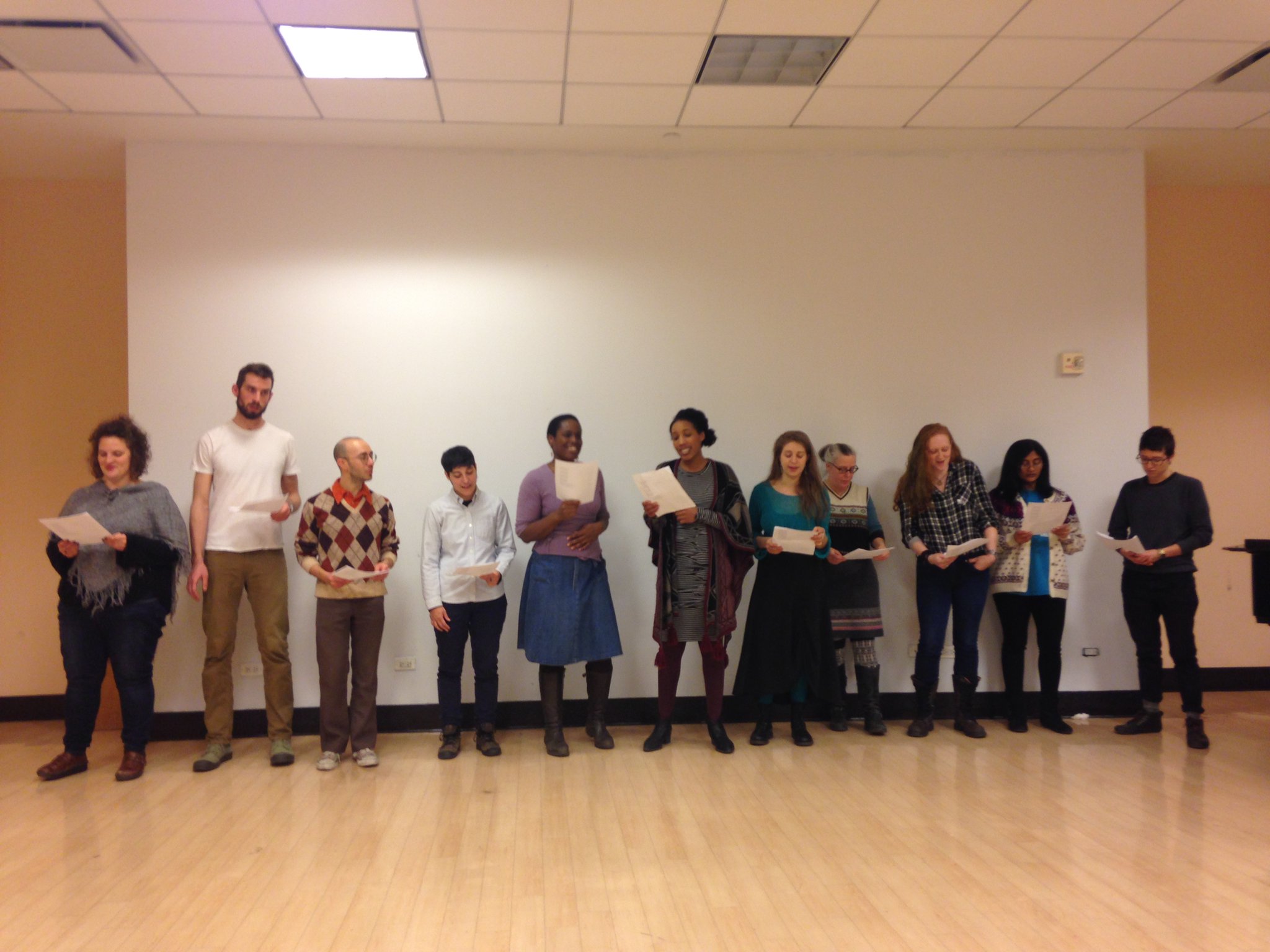 We jumped right in with a poem from Gavyko from the Ali Forney Center Troupe to lead us into a scene where their character is running late for work, but is being harassed by shelter staff about incomplete chores. 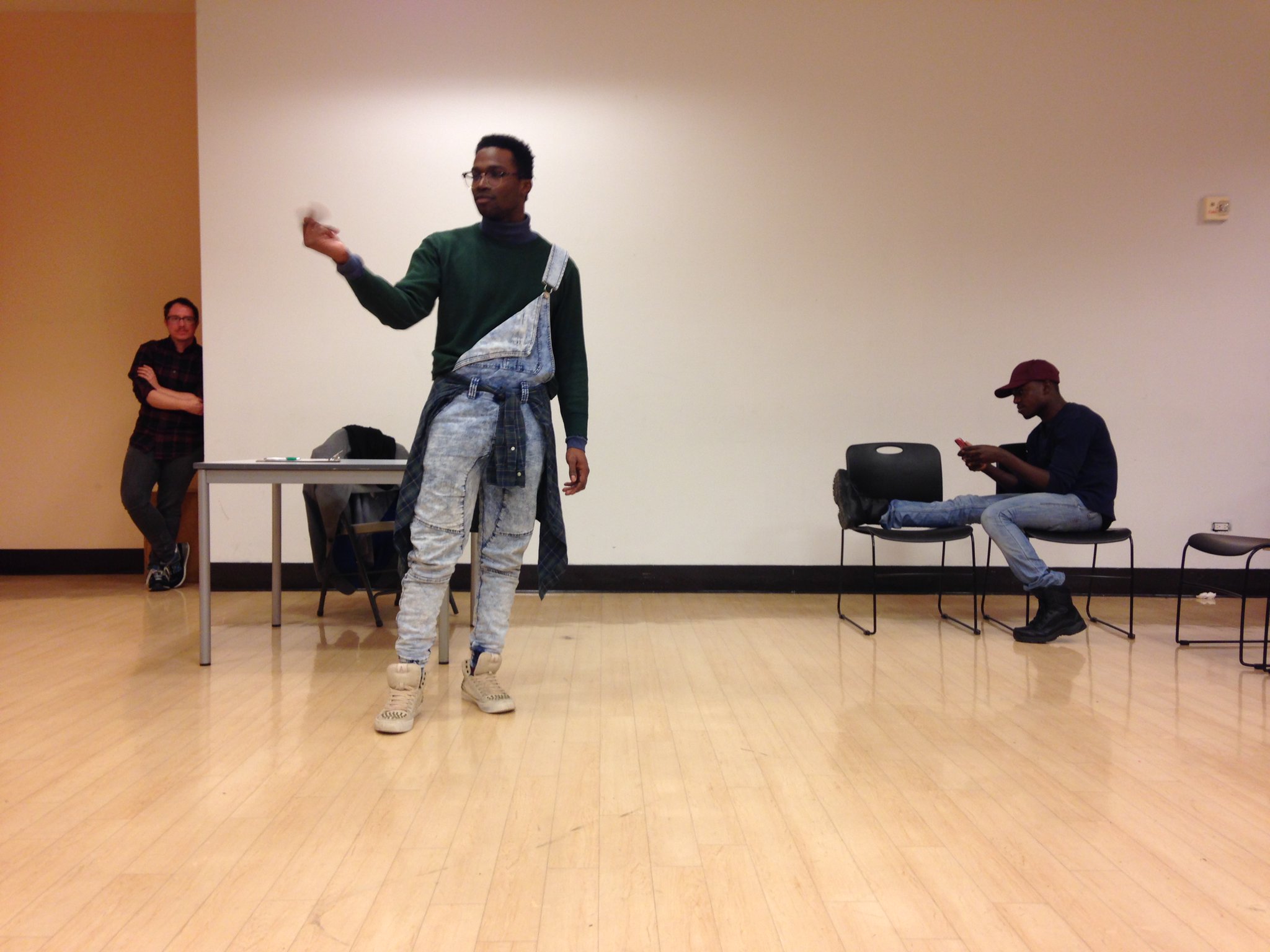 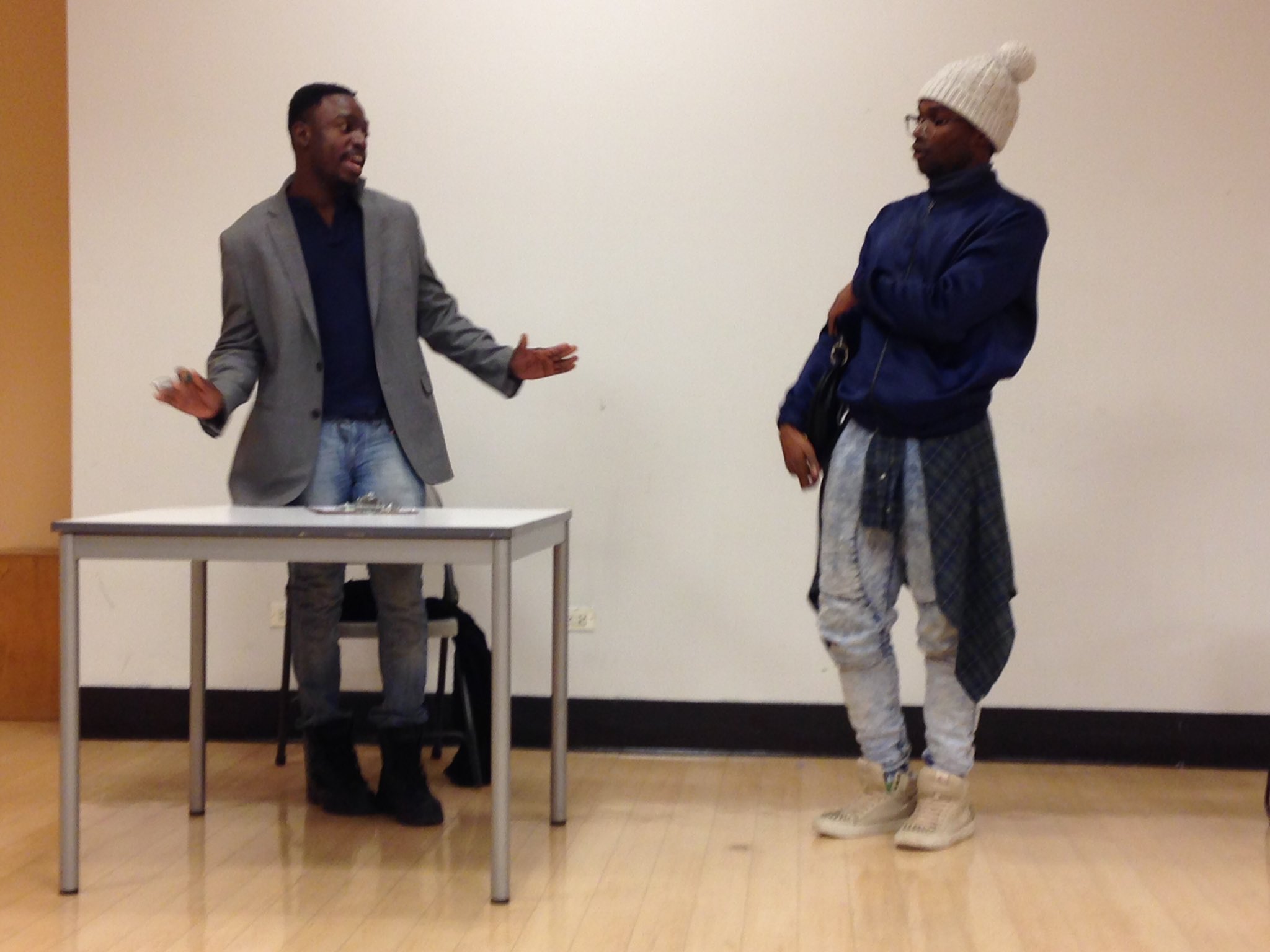 Interventions included spect-actors E and Steve taking on the same character at different points in the day, explaining the situation to the shelter staff, saying that in order in order to be at work on time, they did their chores earlier, and that there's no way they can stay later because that might cause them to lose their job, and therefore be stuck in the shelter longer. While they did not get a write-up in the morning, they were still reprimanded later that day. 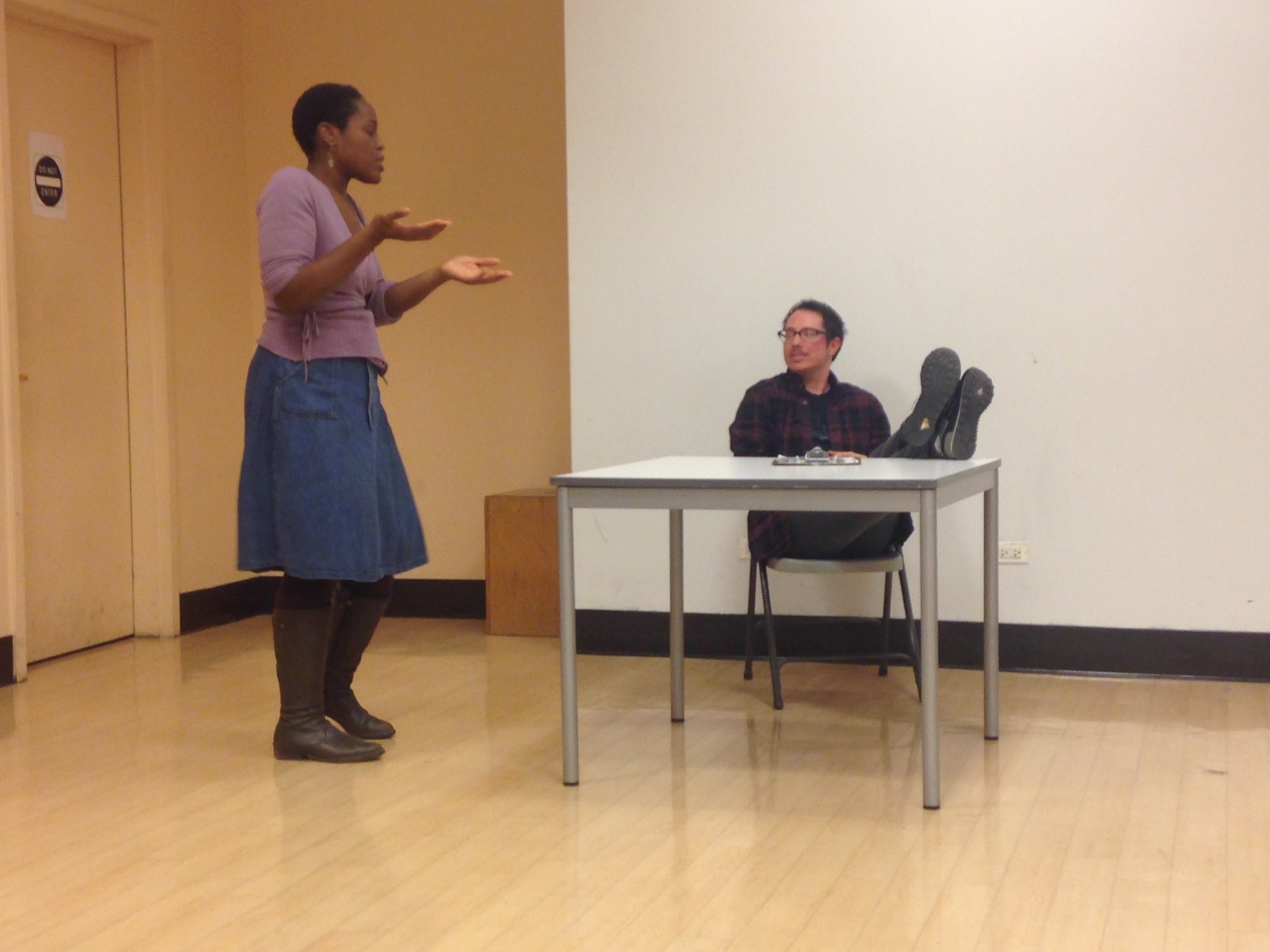 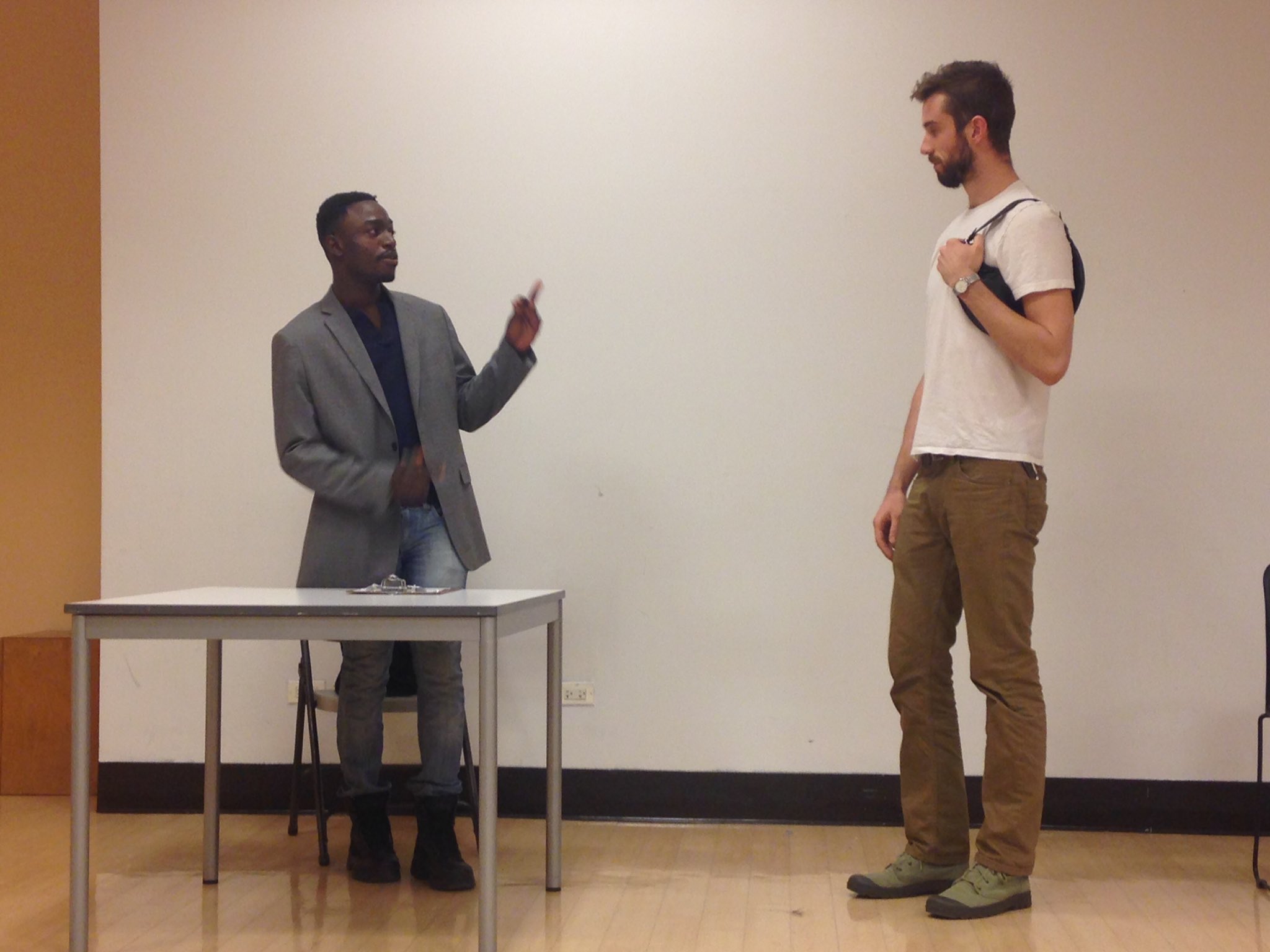 We then moved into a scene on the D train, where two young queer people were being ridiculed by a homophobic neighbor for speaking openly about their relationships. This sparked interventions by spect-actors Mario and Letitia using tactics for bystanders in moments where you are witnessing harassment in a public place. Mia Mikowicz from the New York City Anti-Violence Project came on stage to talk about trainings and resources that AVP provides, especially regarding bystander intervention. 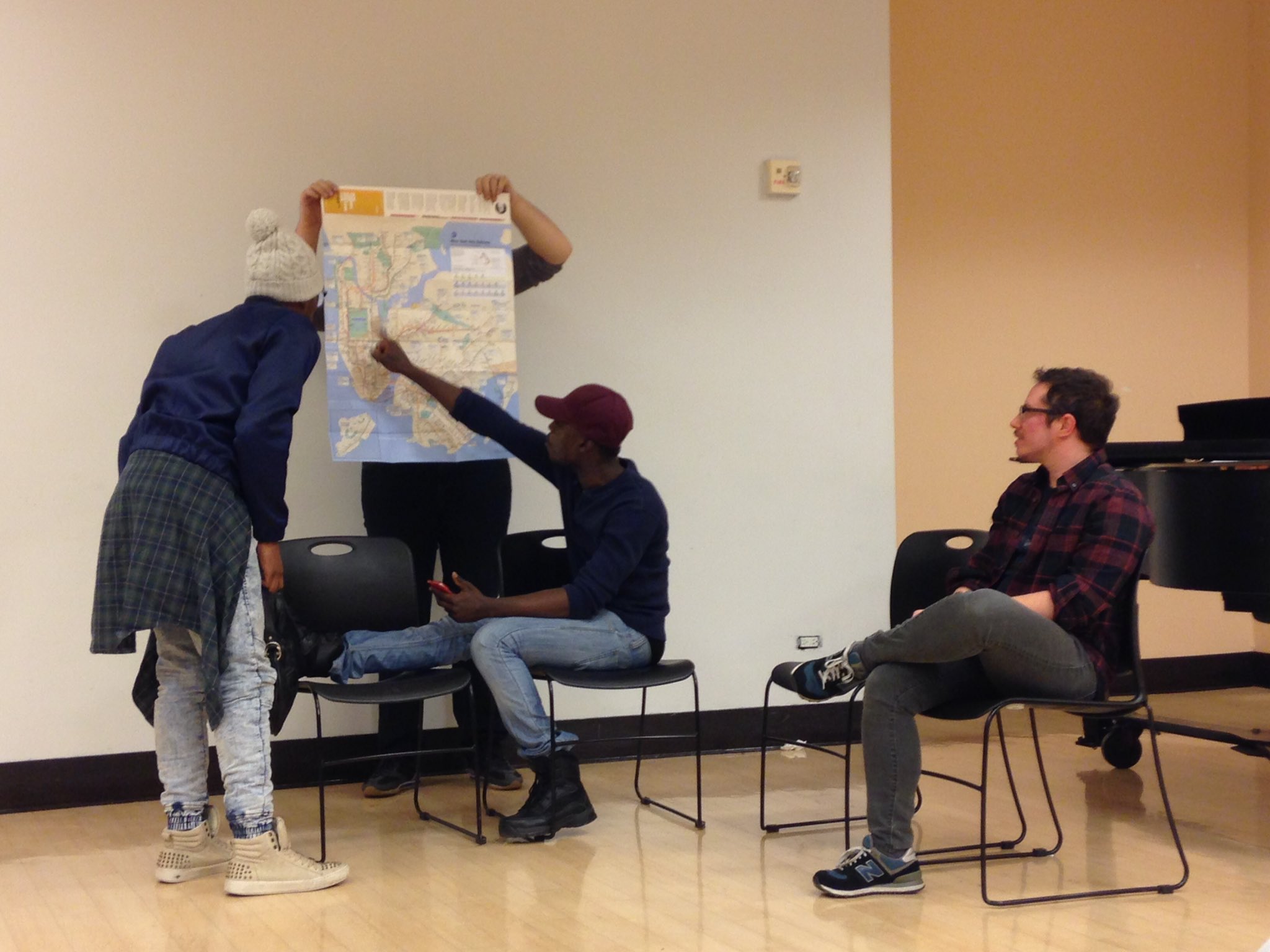 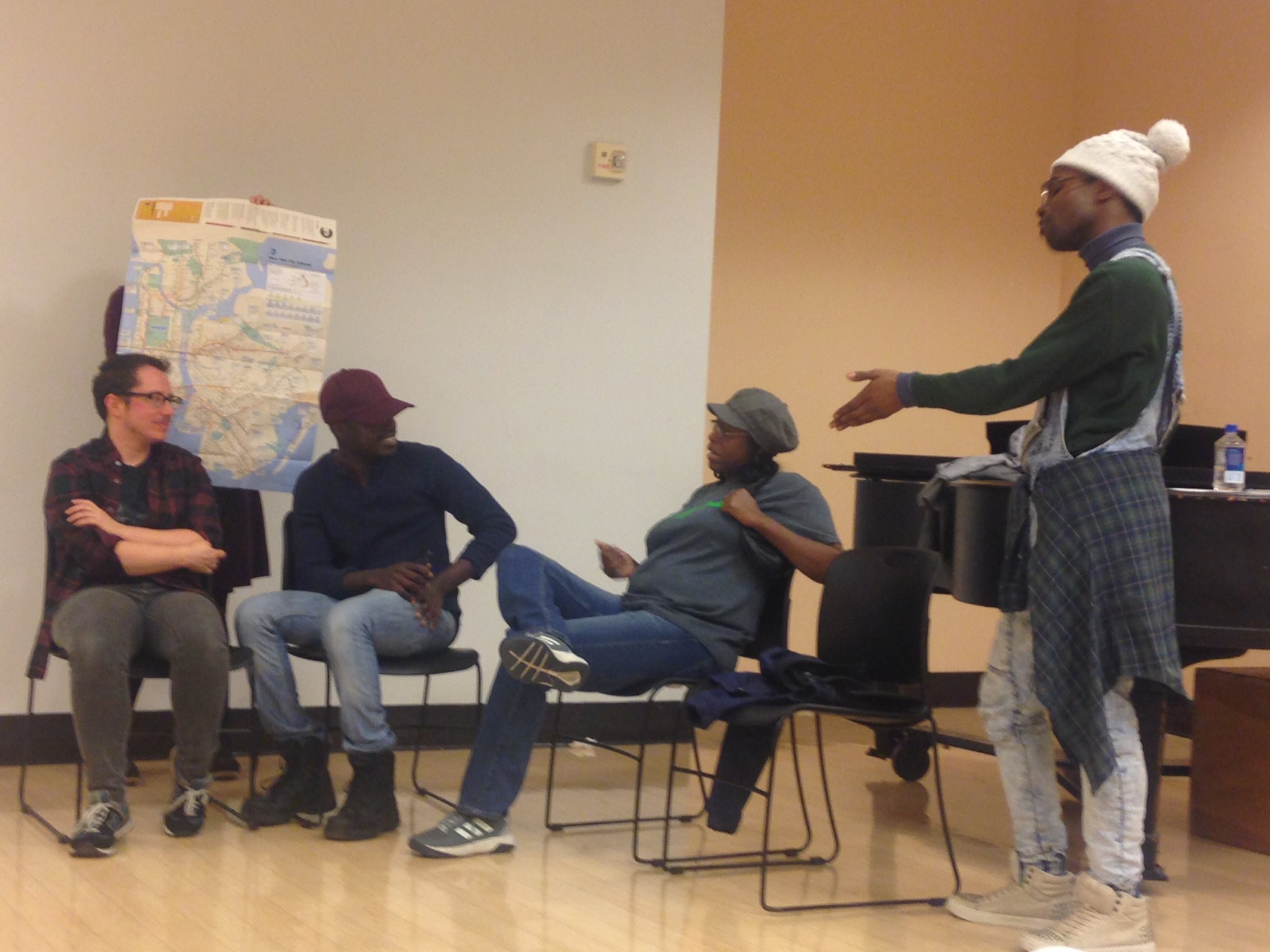 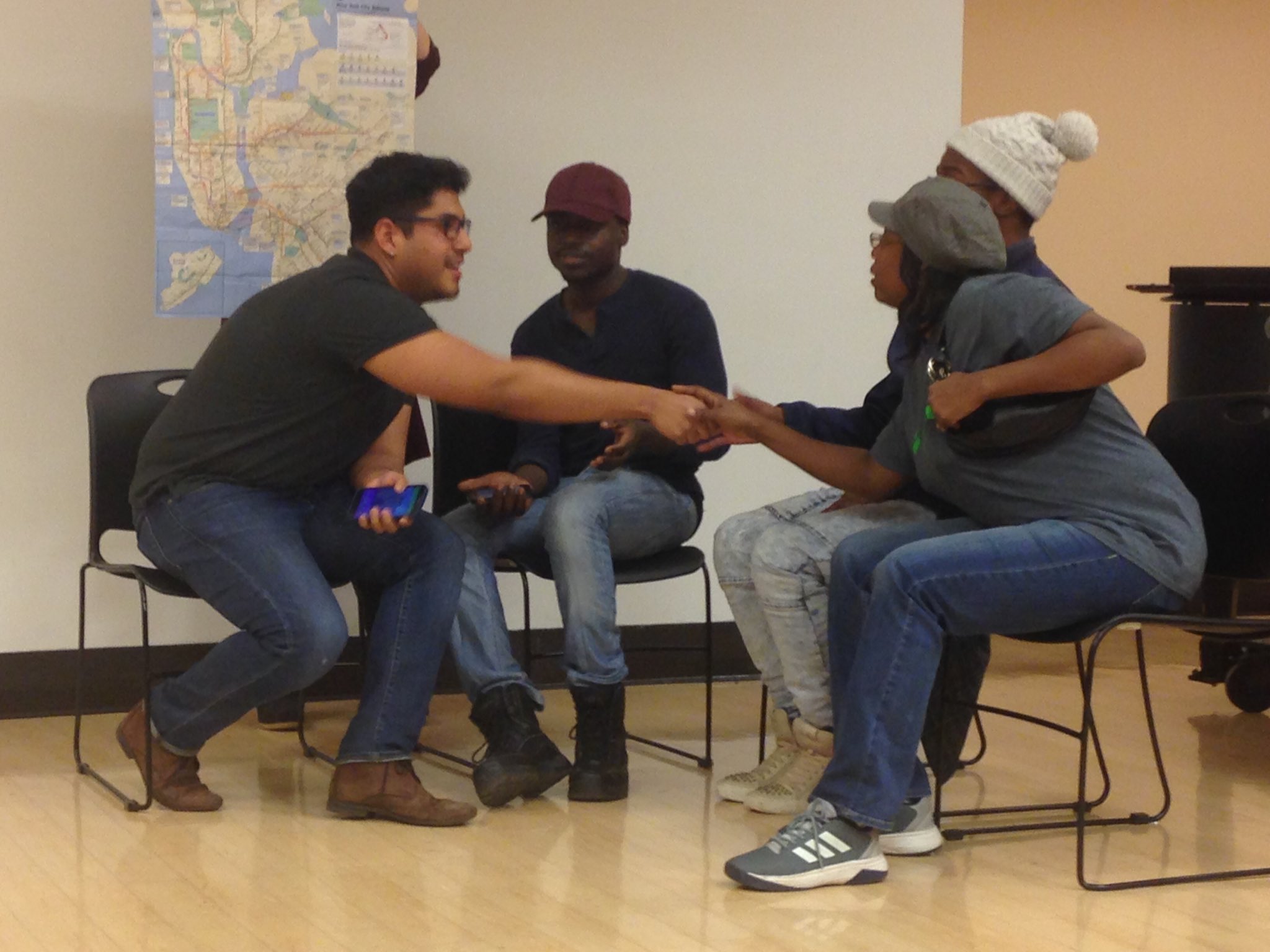 We had an awesome time, thanks to the amazing actors Gavyko, Errol, and Theo, as well as Jokers Ashley and Katy, the amazing volunteers, Emily and Julien, and of course, spect-actors like you!

Find ways to keep taking action today in your neighborhood, in your workplace, and with your communities. Sign up to volunteer with TONYC, take a bystander (or "upstander" like our friends at Center for Anti-Violence Education call it) training, step in when you witness injustice – on the train, on the street, at school. Together, we can make change! And catch the Ali Forney Center Troupe again this month: