Last week, we gathered in a high school auditorium on a cold night in Red Hook for Wrong Place, Wrong Time, the Red Hook Community Justice Center troupe's first forum play, addressing the school-to-prison pipeline and access to education after interaction with the criminal justice system.

We had an incredible time, and we were so happy to be joined by dozens of Red Hook community members, youth from Red Hook Initiative, and News 12 Brooklyn! Thank you to the phenomenal actors and Jokers, volunteers, and as always, the spect-actors for sharing some really awesome ideas for flipping the script and making change.

Here's the character of Aqua being accused by her guidance counselor of possessing marijuana, and being faced with the threat of not getting into college. She asks for her application materials, but the guidance counselor refuses to give them to her. 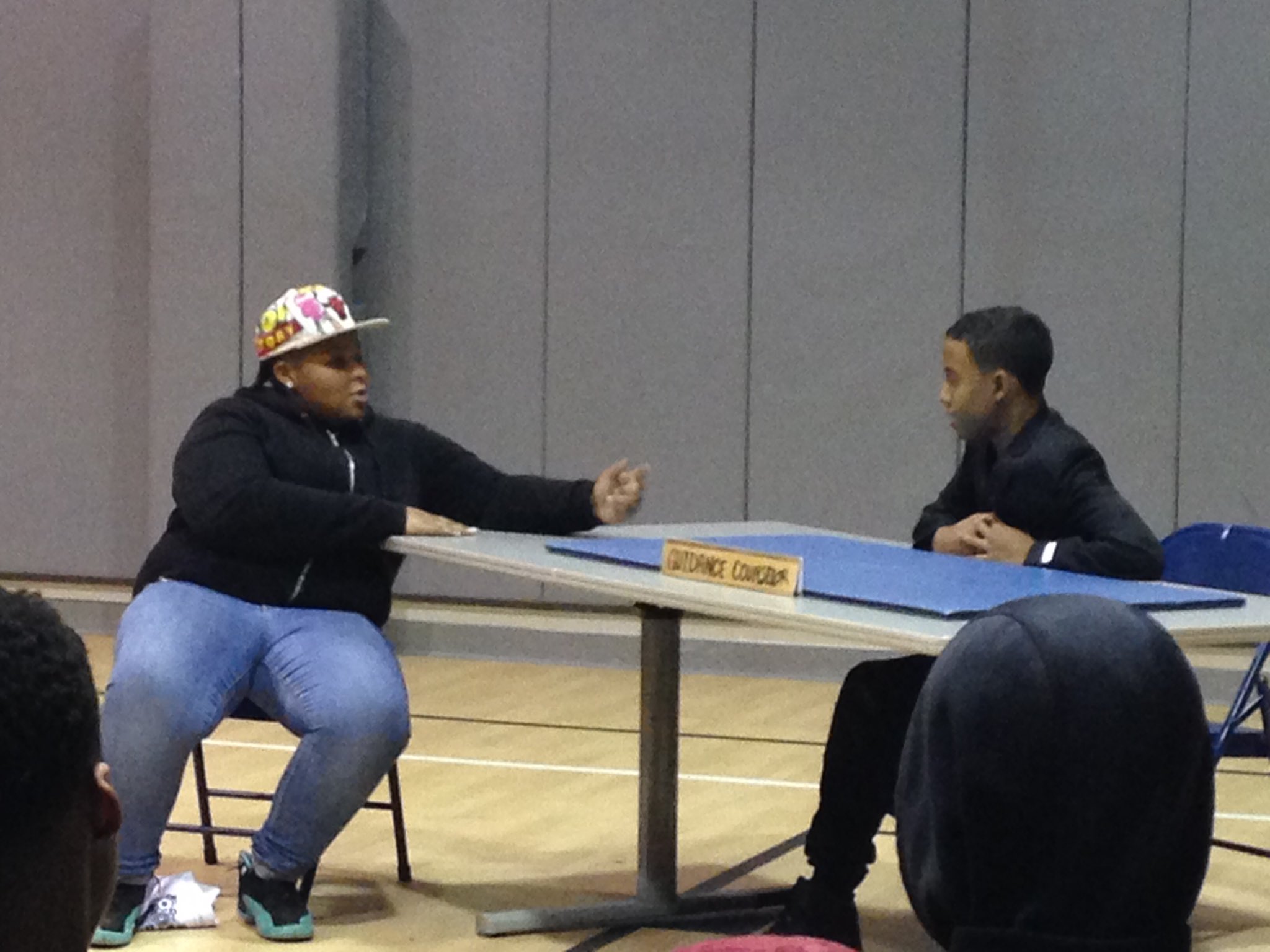 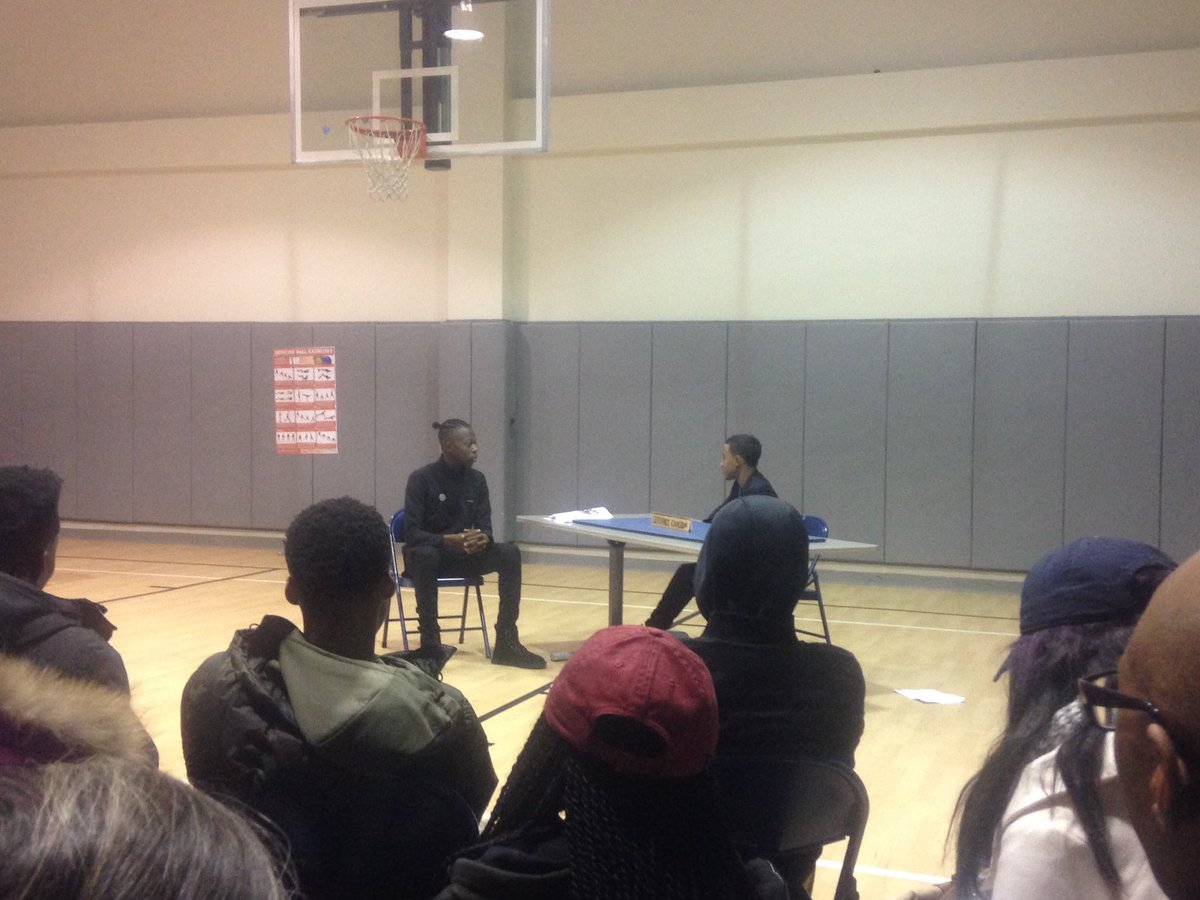 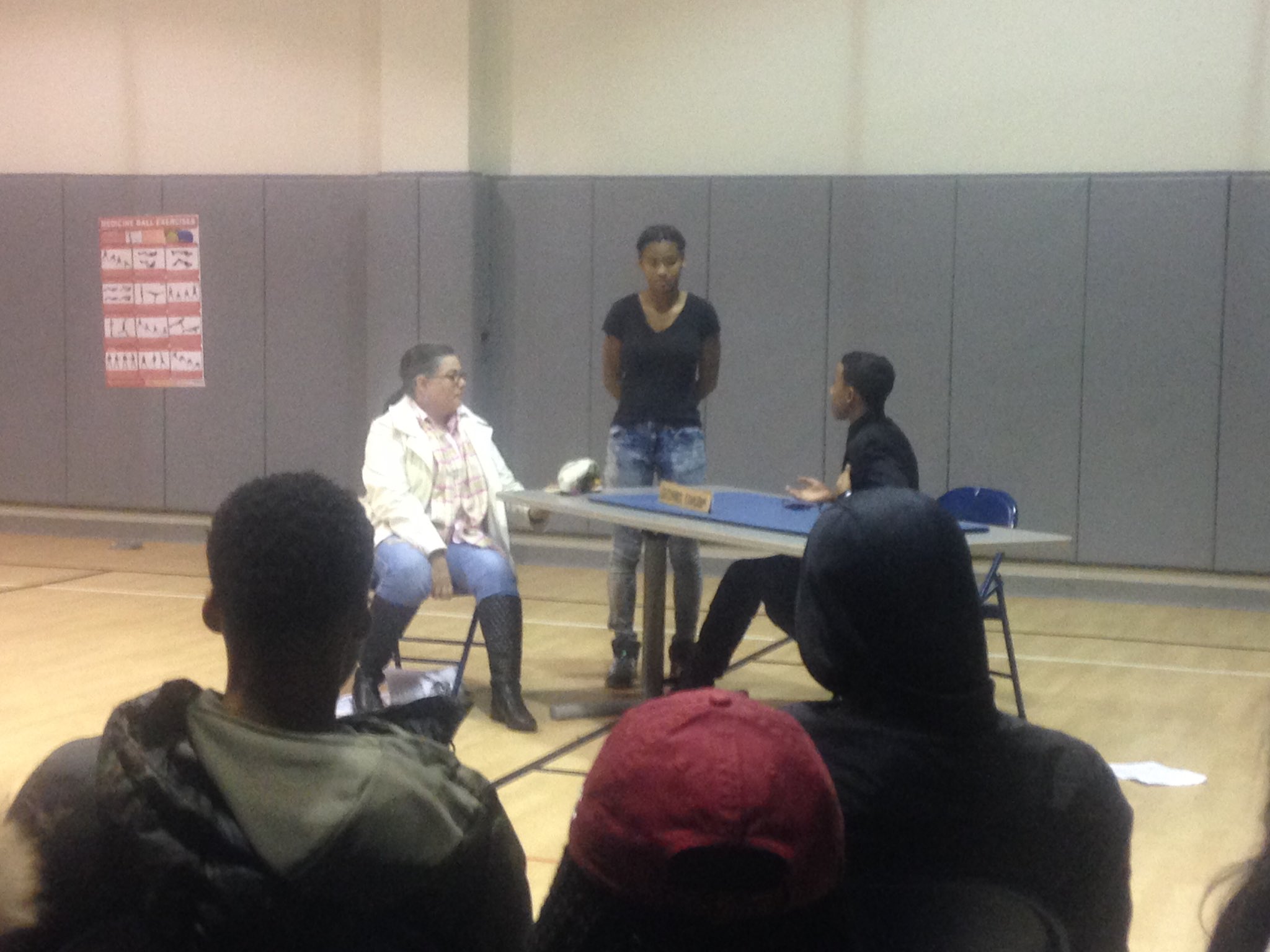 Other interventions included Tenae taking on the role of Aqua and bringing in her mother to vouch for her, Josephine who offered a drug test to prove that she was not guilty of of the rumors being placed on her by her peers and guidance counselor. Three spect-actors, Darren, Bill, and Chelsea all took on the scene at the precinct where Aqua interacts with the police and she is accused of possessing marijuana. Darren and Bill used similar tactics, calmly facing the officers, and noted the urgency around the police returning the cell phone. Chelsea took another approach in this scene, showing more aggression. She and her mother began to escalate the situation, and the police officers did the same.

All six interventions not only showed a firm understanding that the criminal justice is flawed, but that we can all do something to change it! For Red Hook community members hoping to learn more about what they can do, visit the Red Hook Community Justice Center website and be sure to check out all of Center for Court Innovation's sites throughout NYC. Also check out the work that Red Hook Initiative is doing with neighborhood youth.

Here's coverage from the performance on News 12 Brooklyn! 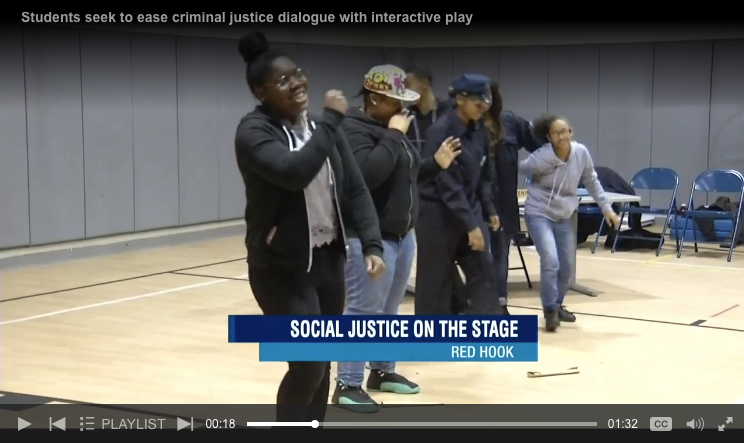