A Public Conversation: Theatre of the Oppressed as an International Change Agent 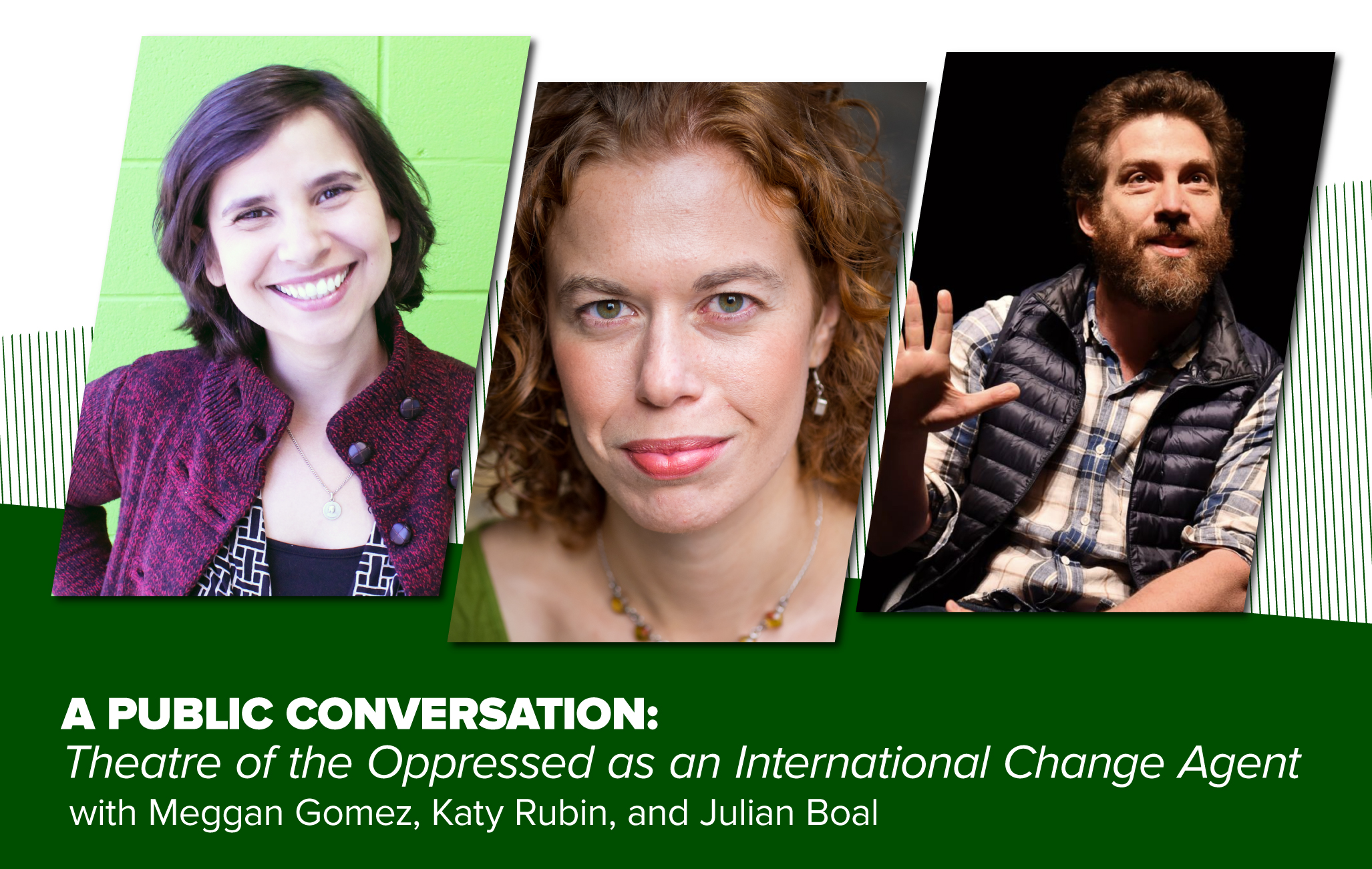 Join TONYC founder and former executive director, Katy Rubin, alongside our current executive director, Meggan Gomez, in conversation with activist and theatre-maker Julian Boal about the current state of Theatre of the Oppressed as a pedagogy, and its uses as an international agent for change.

Katy Rubin is founder and former executive director of Theatre of the Oppressed NYC (TONYC), which has partnered with thousands of community members at dozens of local organizations since 2011, to create Forum and Legislative theater events confronting economic inequality, racism, and other social, health and human rights injustices. Katy trained with the creator of theater of the Oppressed, Augusto Boal, in Brazil in 2008, and has been multiplying the work around the US and internationally for over a decade. Following a successful leadership transition at TONYC, Katy has returned to the field to support the development and scaling of LT nationally.

Julian Boal has led T.O. workshops in over 25 countries and helped in the realization of T.O. festivals & conferences in India, Croatia, Spain, France and Brazil. He published the book "Images of Popular Theater" and has participated in groups such as Ambaata, GTO-Paris, and Féminisme Enjeux. He holds a PhD and is founder and pedagogical coordinator of the School for Popular Theatre (Escola de Teatro Popular [ETP]).

About Escola de Teatro Popular
The Popular Theater School (Escola de Teatro Popular) is a pedagogical space and experience of material and cultural diversity, in which activists from social movements across the world learn to make theatre as a way of activating and strengthening citizenship. In the midst of the increasing commodification of the arts, ETP is free and utilizes theatre as a tool for social transformation. The School of Popular Theatre - Rio de Janeiro is composed of six social movements and is headquartered at Centro Teatro do Oprimido, a historical site founded by Augusto Boal, creator of the Theatre of the Oppressed technique. Learn more about ETP and its role as a focal point of different social movements, a place where unity is forged at the grass-root level: facebook.com/EscoladeTeatroPopularETP

About Theatre of the Oppressed NYC
Theatre of the Oppressed NYC partners with community members at local organizations to form theatre troupes. These troupes devise and perform plays based on their challenges confronting economic inequality, racism, and other social, health and human rights injustices. After each performance, actors and audiences engage in theatrical brainstorming – called Forum Theatre – with the aim of catalyzing creative change on the individual, community, and political levels. Learn more: tonyc.nyc