On June 20th, 2017, we came together at La MaMa ETC's Downstairs space to cross the river with the Sunset Park Theatre Troupe!

Thank you La MaMa ETC for hosting us, Turning Point Brooklyn and Council Member Carlos Menchaca's office, Jokers Nivia Marrero Rolon, Raquel Almazan, and John Leo, the amazing actors, and to Apicha Community Health Center for tabling, the amazing volunteers, and to the spect-actors for getting on stage and engaging in creative dialogue about immigration, labor rights, language, gender, ageism!

The premise of the first scene involved migrant factory workers creating a dress for Melania Trump and not being properly compensated for their labor. We had several innovative interventions, including protesting unjust work conditions by getting up and leaving. The crowd cheered in excitement! This sparked a conversation about how this wouldn't necessarily be possible for everyone – not all people in unjust working conditions have the option of missing a day of work, especially with the burden of bills, families to take care of, and not being able to afford food, transportation, housing, when a day of work is missed. 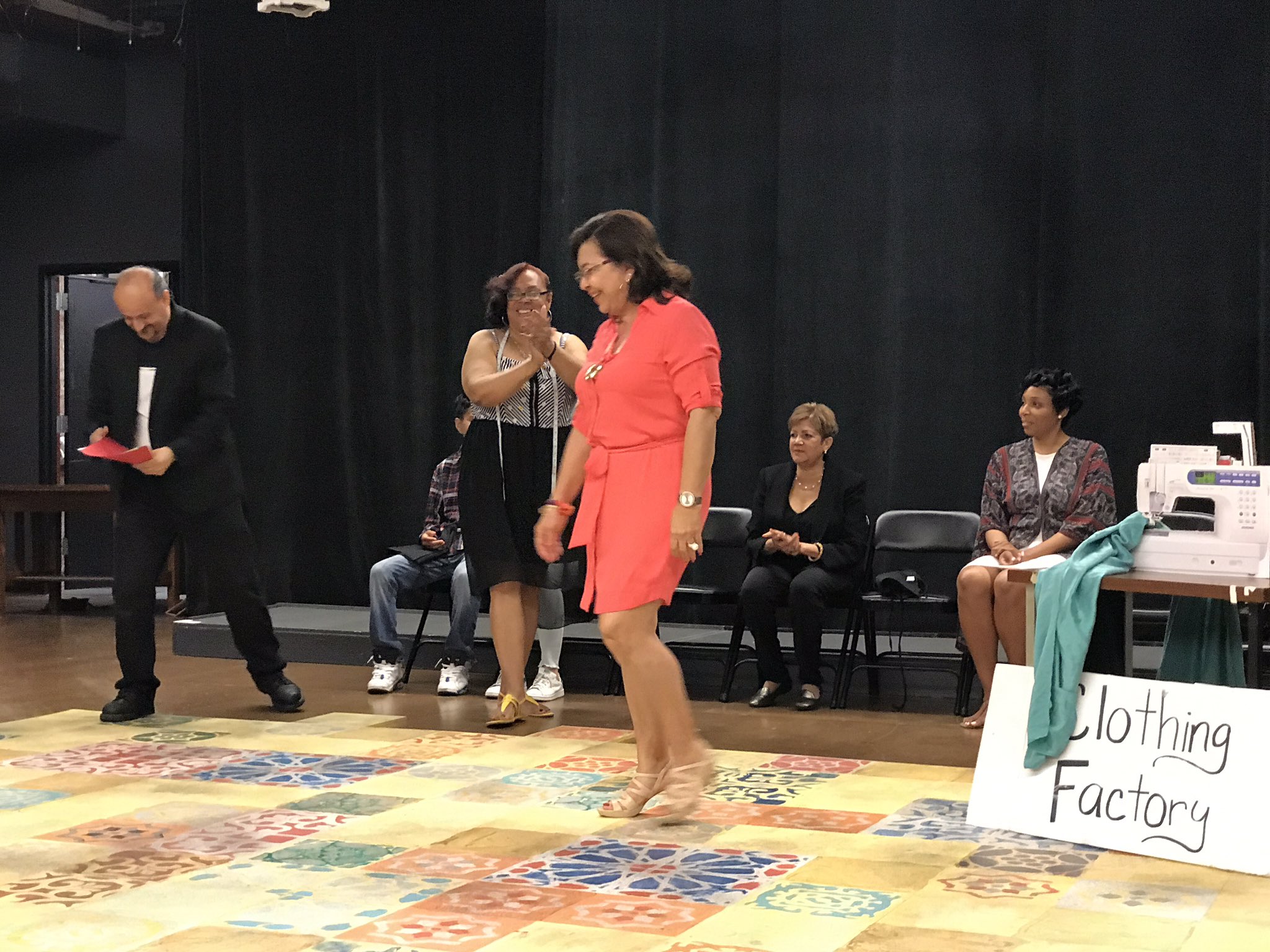 In another intervention, the an audience member came in as the factory worker and threatened to get the press involved in order to further expose Donald and Melania Trump for not paying people for their labor despite their billions of dollars in wealth. 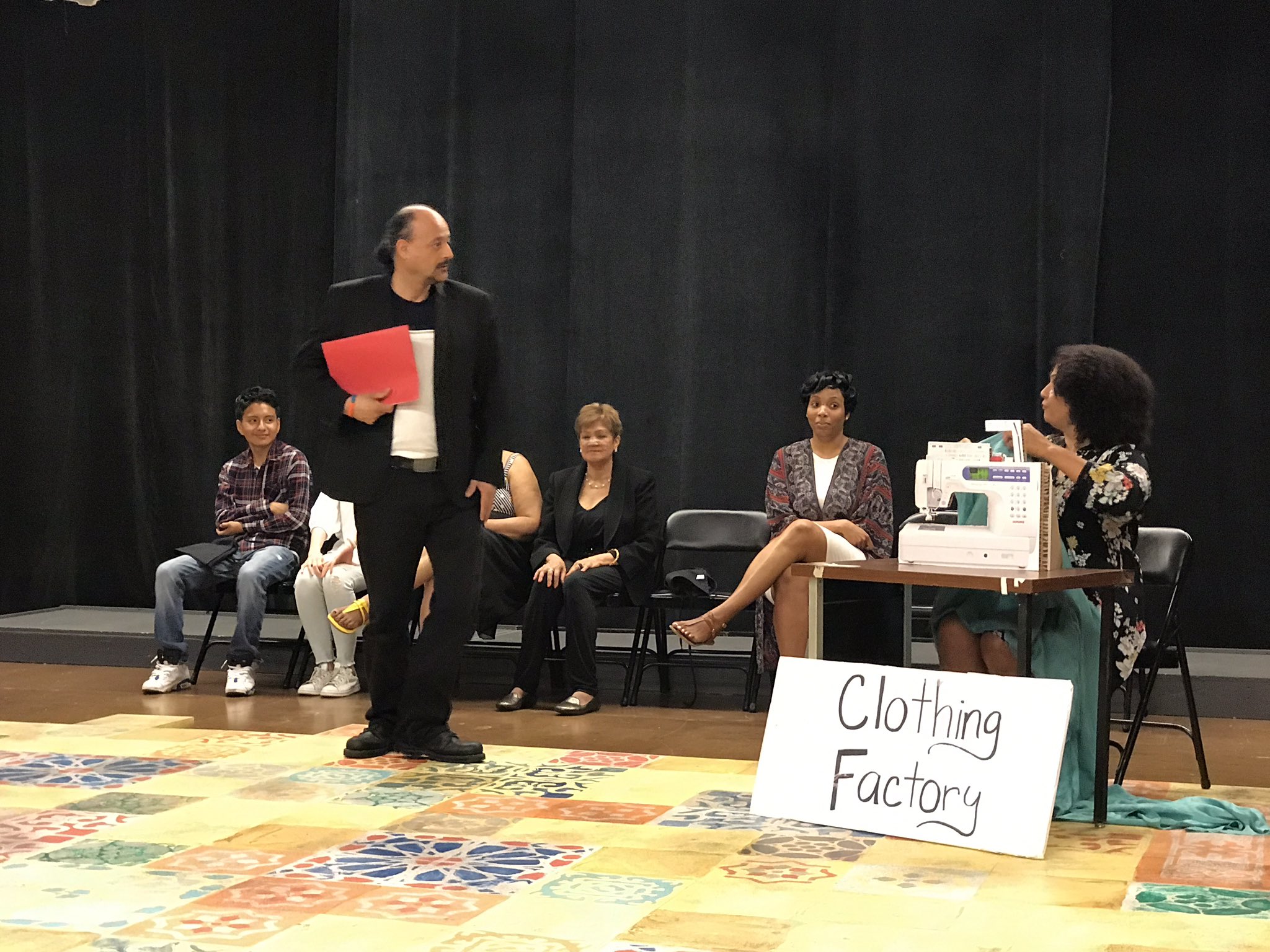 In the last scene, we witness a mother and her son - the mother is adamant on applying for a job at a clothing store, but her son wants her to help take care of his children. She goes ahead and tries to apply anyway, but is immediately shut down for being too old and for not speaking English, even though she is quite qualified for the position. The next spect-actor intervened by attempting to reason and compromise with the store manager. 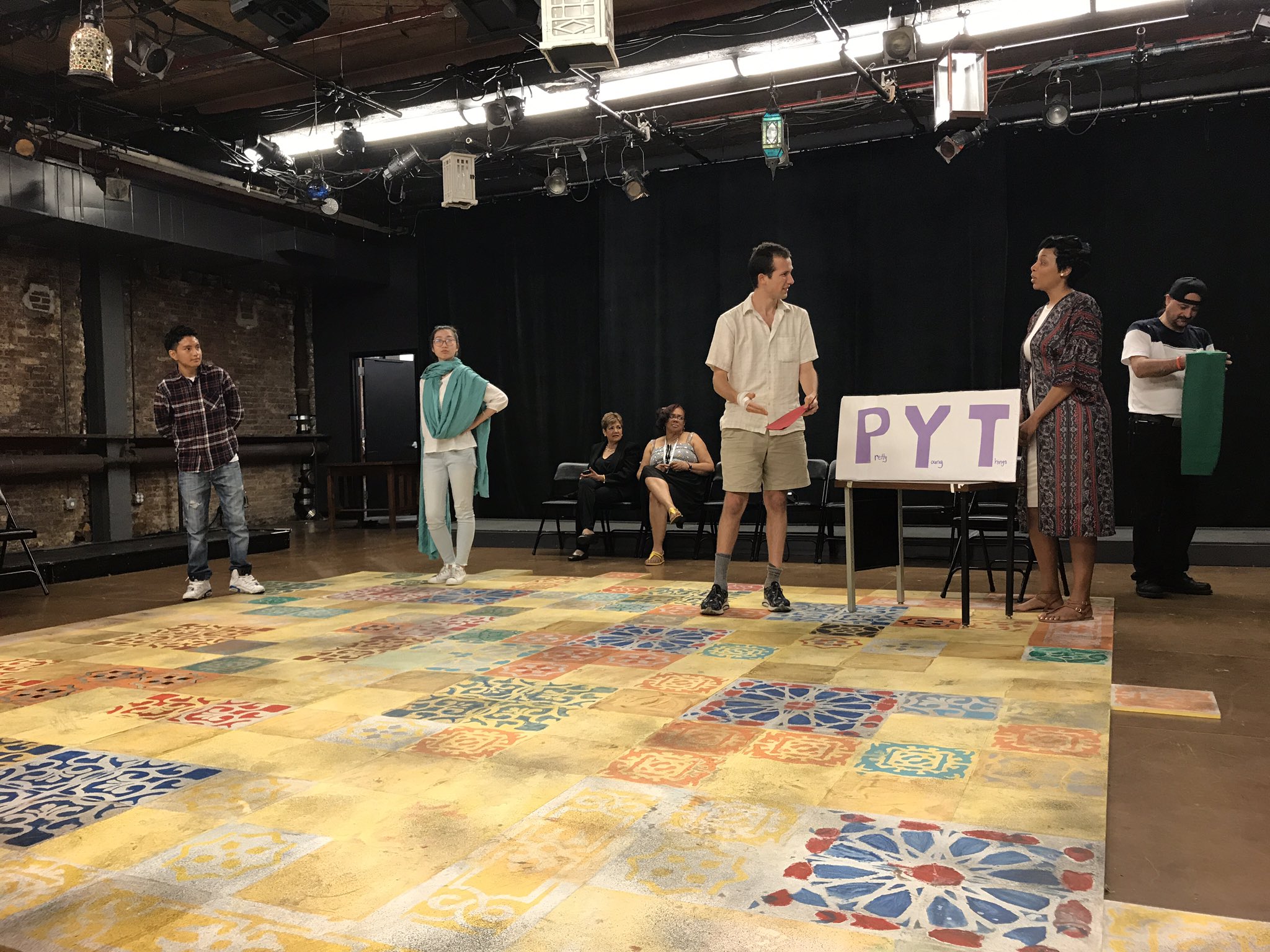 Stay tuned for a short video highlighting the amazing work of the Sunset Park Theatre Troupe!